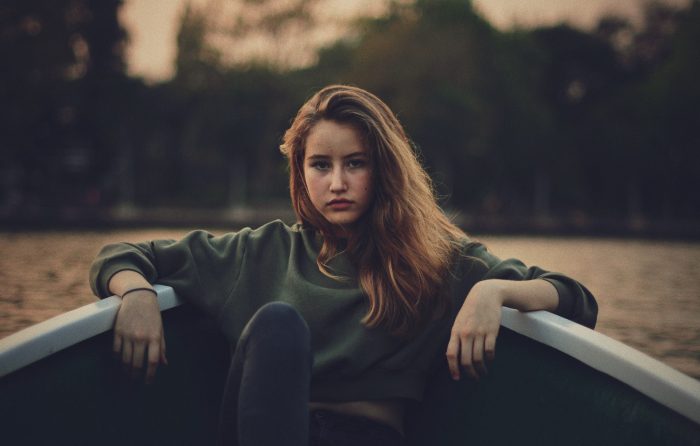 It has been dead for quite some time too.

The merits of love and light only were never practical for the human condition. It was always a bypass and it was always harmful.

For better or for worse, the events of 2020 played out as a consistent demonstration as to why we as intuitives, energetic healers, and students of the mystic needed to be grounded in accountability.

Despite the fact that it’s been dead, it is still being peddled. It has been rehashed, recirculated, and rebranded ad infinitum. The play is the same: you are special, we are special, let’s ascend and transcend the human condition together. Meanwhile the leader of whatever particular community is doing the selling is hooking people left and right with some recycled parody about bringing the divine incarnation of (insert some super sexy whitewashed deity here). It’s no different than a used car salesman fixing up a lemon only to have it break down 22 miles off the lot.

The problem with this model is that it causes a tremendous amount of harm and often “hooks” people who are new to their awakening journey of intuition, psychic awareness, energetic healing work, and so on. By design, it attracts people who are looking for purpose in their lives. Because of this, it regularly preys upon people who are undergoing major life transitions, health crises, and people in new recovery from addiction. I have seen it (and it’s self-promoted “leaders”) do incredible harm to several individuals, myself included.

To be completely frank, I also don’t expect it to go quietly into the night and mostly because it was so effective at recruiting new members for so long. The lack of grounded accountability in New Age communities has in some respects made them even more alluring to new devotees.

Because you don’t have to feel pain there.

You don’t have to be accountable for the harm that you’ve caused there.

Perpetrators use lines like “your soul needs this to heal” as they are harming the people who trust them. It’s as handy of an excuse as saying the woman in the short skirt was asking for it. It’s just convincing enough to be confounding and just confusing enough to render you mute.

While the expansive power of the movement is dead, I do still believe that it will live on for a time in certain communities. I still see flavors of it everywhere, and as the collective trauma goes up, there may even be a renaissance of sorts as it gasps for its last breaths.

Hell, I still see flavors of it in myself from time to time. I see it in the moments when I don’t want to feel pain—even when I know that processing emotions is my ticket to alleviating that pain. I see it in the moments when I want to believe that I am special and therefore I don’t have to play by the rules of my human existence. I see it when I am overwhelmed by my own abilities and I don’t want to have to integrate them.

As someone who is in recovery from three separate addictions—alcohol, anorexia, and codependency—I can tell you that at certain times, there is still nothing more attractive to me than a numbing agent I can pour myself into and not have to be so freaking ass sensitive.

The benefit to having three addictions, however, is that they have taught me that the numbing out process is far more damaging to me than it will ever be helpful. Personally, the more I disappear into something ungrounded, the harder and longer it’s going to take me to come back to myself.

I pray I always will.

As I am typing these words, I can think about several of you who have been on a similar journey and have too found yourselves on the receiving end of great amounts of harm—most notably by individuals who believe that their sh*t doesn’t stink while also lauding themselves as saviors above the human condition.

Here’s what I learned, however. For the most part, those individuals who have labeled themselves as something above and beyond the human condition lack the ability to be in the human condition. Additionally, that when they were faced with their own humanity/mistakes/oversights, they chose to bypass it and blame the harm on those receiving it. It’s a crude method, but patriarchal conditioning runs deep in our society. Additionally, those of us with trauma information are more susceptible because our boundaries have already been violated.

Insert the New Age spiritual container that tells us that if we think happy thoughts, we will manifest a miracle. It tells us that we are a 100 percent in control of our destiny. It tells us that everything is within our power to shift and that our particular lots in life are directly correlated to how devoted we are to our practices. The New Age bypasses inequities of society.

It bypasses harm and it bypasses people’s lived reality.

This is not how we are going to move forward as an intuitive, psychic, energy working community. This is why I say New Age spiritualism is dead. It has no place left to go. There are no avenues left for it to expand into—no delusion left to feed upon. We need grounded accountability. Ironically enough, the greatest “expansions” of my life have been less about external expansion of my abilities and more about the internal expansion of my tolerance and regulation abilities.

My ongoing commitment to these practices is what creates more space within me to be free:

>> free to be vulnerable

Everything about the world we live in right now is tenuous, and the lack of security around what comes next, economically, is incredibly stressful.

I’ve got pretty damn powerful sight and some really interestingly nuanced psychic abilities that allow me to see into a lot of places with complexity. Right now, however? Right now there are a whole lot of unknowns. There are likelihoods, but there’s not a lot that’s concrete.

The inequity present, and in the many forms it takes, is brutal. What we do to one another as humans in the name of (stupid sh*t here) only serves the ruling elite that profit off of the fighting. In order for that to shift, there have to be more people willing to fight for greater equity. We need more boots on the ground.

I truly believe that the people that we need on the ground most right now in greater numbers are those who have the ability to feel into nonlinear realities—especially those who work inside them to ground them. So many of us have dealt with some really painful sh*t and know how to create something miraculous from it.

For those of us who hold on against incredible odds…

Not the smash and grab job. 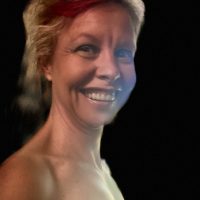 Jen Eggerts is a bundle of contradictions trying to forge the path from surviving to thriving. Organizational Leadership Consultant by profession, shaman and healer by passion… Read full bio