One Spoonful, One Person & One Act of Kindness that Meant Everything. 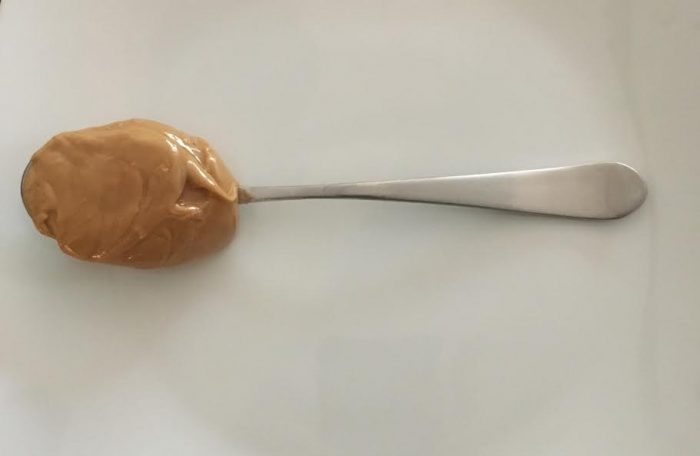 Surrounded by 10 other girls my age, I was just dropped off at summer camp for the first time. I was a shy, but athletic kid. I could overcome my social awkwardness by kicking one of those slightly squishy, oversized red balls over the heads of the most hopeful of outfielders. Always, I was the first picked for any teams, and the fastest runner.

Yet, none of my strength or speed helped that late morning, when I first stood at the foot of my bed, watching many of the other girls, laughing and reuniting from last summer.

It was a moment of relief when one of my counselors walked over to me, sensing how I was feeling. “I’m Gina,” she said, pointing to her name tag. I smiled, shyly. “Come on, let’s go meet the other girls.” I let her lead me over to the group, still feeling awkward, but joining in a game of jacks. By the end of the morning, I was already feeling better, thanks to Gina. At that moment, I could not know that 10 days later, Gina would reach out to me again, in the moment I would need it most.

As a former recruiter, I know you can only find out so much about a person before you hire them. You ask questions, scan resumes, but in the end you must make assumptions that you hope are right. Most of the time, you get it right—but not always. Some people look good on paper or over the phone, but do not end up being the best fit for a job. Others–you don’t realize just how good they are. That summer at camp, I had both. An incredible counselor, Gina, and a less than optimal one, Nancy.

It was about 10 days into camp (and what felt like 10 months), and we were all sitting around our dining table. Servers, who were also bunkmates, were moving back and forth, bringing bug juice, cups, plates, and whatever dinner was prepared that evening. I was a picky eater. No worries. There was always peanut butter and jelly on the table—my favorite.

Dinner that night was some sort of meat. I think it was pot roast; not my favorite. I went to reach for the peanut butter and jelly, and the loaf of soft white bread, glistening against the wooden table. Nancy stopped me in my tracks. “No!” she uttered, grabbing my hand.

Nancy liked to exert control over us because she could. Her moods affected her action more than common sense. More often than not, she made up her own rules. We did not know when and where she was going to strike, but when she did, we listened. I took my hand back like I had been burned, and held it in my lap.

Tears sprung to my eyes at the thought of going hungry, or worse having to eat the pot roast. But it was more than that. I was tasting the feeling of fear upon my tongue. I knew that feeling well, as it was a familiar feeling at home, one akin to walking on eggshells. Sometimes the mood was better, and you felt free to be yourself, but then the rules could change in a heartbeat, and you got burned.

But this was camp, my safe place. Yet, there I sat, helpless, my plate empty, waiting for Nancy’s emotions to calm, and her need for control to pass. I tried to make myself invisible in a room full of screaming campers, feeling scared and alone as I did that first day.

Problem was, dinner was ending, and having run around all day, I was really hungry, and afraid to speak up. It was then, I felt it. A tap on my knee. I looked beneath the table, and there was a hand. It was Gina’s. Her fingers held on to a spoon filled with peanut butter. I realized in that moment, I was not the only one afraid of Nancy. We are never alone—we just think we are.

I looked up at Gina, as if that spoon was a scalpel and we were about to do surgery. She nodded at me. Take it, her eyes pleaded. I nodded back, took the spoon, and got up from the table, away from Nancy’s disapproving eyes. I hid in the corner eating that spoonful of peanut butter, feeling both shame and relief. Feelings that would fight for bragging rights over the course of most of my life—until I would finally name them both.

As I reach into my memory box, clearing away some of the cobwebs to come up with the details of this story, I admit to not even remembering if Nancy is her real name, while Gina’s name, I will never forget.

If Gina had not reached out to me, I could have gone a bit hungry that night, but probably not. Nobody really went hungry at camp. We were likely getting canteen, candy in an hour or two, or making s’mores by the campfire. But she did, and it meant more to me than she will ever know. She reached out to me not knowing the impact.

Many people in my life went on to hand me spoonfuls of peanut butter.

My incredible life-long friends, my dear husband, my former kind and patient boss, my children and my dogs—all scoops of peanut butter. Playing cards with my father when I was sick, sitting on the grass in the college quad with my wonderful poetry professor, laughing till our sides ache with my husband—more scoops.

I have even learned how to scoop my own peanut butter with a nap on the beach, a walk through a wooded path, a funny movie, and a warm fire on an icy winter morning.

Summer camp, as it turned out, would become one big scoop of peanut butter after another, a place even my daughters would eventually call home, many years later.

I am sure Gina would not remember that night, or knew the impact of such a small act of compassion. Just as we do not know if our smile at a stranger or a quick text to a friend could brighten their day, or even prevent him from hurting himself. Kindness can have more of an impact than abuse, hatred, and drama—especially when someone has been the recipient of both. One scoop, one single act of kindness: so simple and yet so meaningful. We can all impact each other and choose how we connect. Why not choose kindness?

Today, I sometimes wonder where Gina is—if she has a family, what jobs she took on, if she travelled as a single warrior woman, or made a home, nestled in the security of suburbia. I would like to think she is still handing out spoonfuls of peanut butter wherever she goes.

This was so beautifully captured.

This is such a great read Beth! The title caught me and the story was even better. I love the analogy and I hope we can all hand out little spoonfuls of peanut butter to each other every day. I think I have found my ‘favourite read’ feature for my fortnightly newsletter (coming out May 13th) and I hope my readers get as much from it as I did. 😀 😀 😀 Kirsty

Once I originally commented I clicked the -Notify me when new feedback are added- checkbox and now each time a comment is added I get 4 emails with the same comment. Is there any method you possibly can remove me from that service? Thanks!