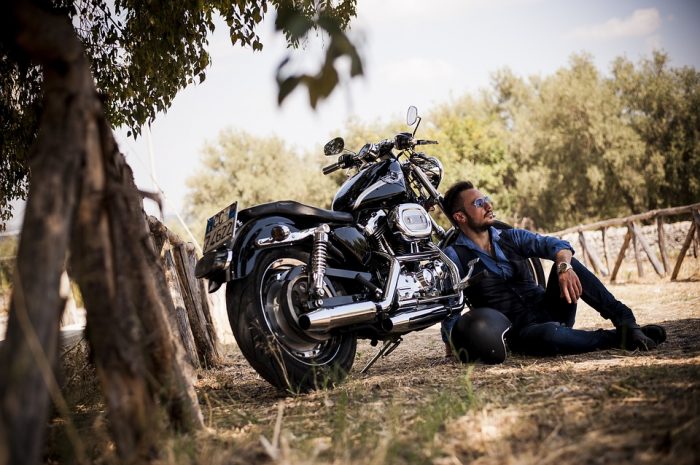 In the 50’s, rebellion was synonymous to James Dean’s iconic red jacket and misbehaving demeanor. In the 70’s, it was the teen anti-hero biker wearing Oliver Goldsmith sunglasses and listening to AC/DC. In the early 2000s, rebellion was a mix of emo hairstyles and punk-rock attitude. Every generation rebels in different ways and tries to make its voice heard by “outrebelling” the previous one. Yet the rebel instinct is often a poorly understood psychological construct that doesn’t always equate to full body tattoos, piercings and isolation from society. Rebellion shouldn’t always have a negative connotation attached to it. In many cases, rebelling is an inquisitive act that helps us discover our identity, gain the confidence to stand our ground and face challenges.

People develop a sense of rebellion at different times in their life, but for most of them, this starts to happen in teenage years, at a time when we start to distance ourselves from parents and discover what makes us unique individuals. Until that time, children see themselves in comparison with their family and live by their values. It is quite common for parents to judge another parents’ ability to raise a child by how obedient their child is. However, according to Annalisa Barbieri, raising mindlessly compliant children is a sign of concern, not celebration. Encouraging a healthy level of rebellion in a child is actually better for their emotional development, as it helps them explore the world, form a sense of self and later become fully functional adults. Taken to the extreme, the strict parenting instinct of suppressing a child’s rebellious tendencies rather than understanding them will not make the child’s need for independence vanish. In the long run, it can actually make them develop a false sense of self based on a rewards system – they comply with all rules set by parents because being obedient makes them feel valued. Contrary to common belief, children who display the odd rebellious tendency will not turn into bad human beings and push boundaries to the extreme. There is a way of disciplining children in a nurturing way, showing them the difference between good and bad without extinguishing their natural curiosity and sense of adventure. From an early age, children should be thought that their voice matters and that expressing their views is completely normal, not a defiant act for which they will be punished.

Being a rebel manifests in different ways, from wearing different clothes to listening to a different genre of music and reading controversial books. Punkers and their crazy hairstyles, bikers and their accessories, these can all be examples of how people expect a rebel to look like, but they’re only physical manifestations of a non-conformist way of thinking. However, a rebellious personality doesn’t just manifest through clothes and hairstyles, but also through several defining traits:

Rebels follow their own path no matter what society asks of them. Women should get married by 25, have a house and two kids by 35. Boys wear blue, girls wear pink. Men should always be able to repair things in the house, while women should look after the children. All these are norms of society that rebels have the courage to fight and say no to, no matter the pressure. Gloria Steinem, Angela Davis, Barbara Walters are brave role models whose ideas sparked outrage at the time, but now they are historical figures that helped shape society.

Rebels change the world. Some of the biggest scientists, artists and innovators were people who went against the flow and followed their dreams no matter if others told them it was crazy or impossible.

Rebels are more creative. Because they reject that conventional mindset and think outside the box, rebels can be creative problem solvers. From Marie Curie to Steve Jobs, some of the world’s greatest minds were creative geniuses who didn’t mind pushing the boundaries of human knowledge.

Rebels are reliable friends. Because they aren’t afraid to hide their feelings, rebels are honest, dependable friends that you can rely on. A rebel will never beat around the bush or butter up to someone because they want to be liked, so when they say they will be there for you, they will.

Rebels don’t give up. Refusing to accept the herd mentality has many benefits, but also comes with some challenges. But, because rebels are used to facing challenges and speaking their mind, they are more likely to keep fighting when others would quit. Rebels are not afraid to stand up for what they believe in and they’re determined to succeed, even if that means opening some closed doors.

Contrary to common belief, growing up as a rebel doesn’t mean being mean or destructive. You can be an intelligent, compassionate human being that brings light into the lives of your loved ones, but without playing by the rules.