Five Great Films about Buddhism. Plus, the Greatest one-shot Opening of any Movie, ever. 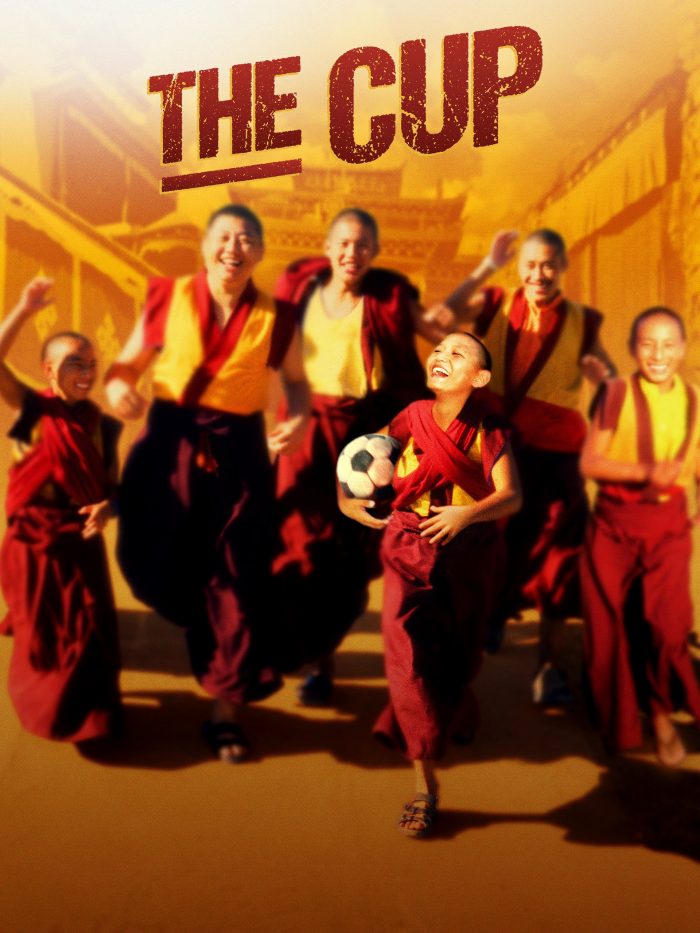 What if, at the end of another long day, you could kick back with some nutritional yeasted organic heirloom popcorn from your local farmers’ market and…attain sudden enlightenment? Well, here’s the next best thing. One note: I’d add “the Cup” to this list. But Danny’s list is wonderful. ~ ed.

To complement a piece of mine about the “10 Worst Buddhist Movie Characters” that our mighty editor posted to this fine publication some time ago, I would like to re-post another piece I originally wrote for my blog.

This one is on “Five Great Films about Buddhism”.

These are all movies about Buddhist subjects that I find especially powerful and recommendation-worthy.  My hope in sharing them is that you might find a title or two to add to your Netflix queue.

And, please, if you have recommendations, share them with us in the comments!

Part of a triumvirate of documentaries made between 2003 and 2005 by virtuoso filmmaker Werner Herzog (who was Oscar-nominated this year for his astounding Encounters at the End of the World), Wheel of Time isn’t the unqualified masterpiece that his 2005 effort Grizzy Man is, but it’s still pretty terrific.  The film documents the Kalachakra Initiation that began in 2002 at Bodh Gaya, India, and concluded the following year at Graz, Austria.  Herzog is primarily interested in the Tibetan Buddhist mandala, but Wheel of Time also offers some indelible images of pilgrimage, folk religion, and contemplative practice.  The film’s most enduring moments have to do with individual practitioners, including Herzog himself, whose gentle chanting of “om mani padme hum” is heard off-screen as he films part of the ceremonies in Graz.  (You won’t soon forget the monk who prostrates himself from Mt. Kailash to Bodh Gaya, leaving a permanent scar on his forehead as well as a truly remarkable look of serenity.)  Among its other virtues, Wheel of Time also features Herzog one-on-one with His Holiness the Dalai Lama.  As this short clip shows, their encounters see-saw delightfully between the light-hearted and the serious-minded.

Last year, I blogged (here and here) about the recent film The Dhamma Brothers, which documents a ten-day meditation retreat undertaken by thirty-six prisoners at a maximum security prison in Alabama.  Though I haven’t seen that film yet, I imagine it has some resonance with Doing Time, Doing Vipassana.  Directors Eilona Ariel and Ayelet Menahemi spent two weeks inside India’s Tihar Central Prison in New Delhi and Baroda Jail in Gujarat state filming meditation retreats for prisoners and prison staff.  The result is this tight, effective, and often quite moving 50-minute film.  From the opening moments (which show a prisoner sobbing into the arms of a guard) to the energetic and enthusiastic observations of Delhi’s former Inspector General of Prisons Kiran Bedi, Doing Time, Doing Vipassana is full of amazing moments.  If there’s a better film about meditation and its positive effects, I haven’t seen it yet.  You can order a copy of the film at Pariyatti. It’s funny:  every now and then, I’ll be reading an article about the great American auteur Martin Scorsese and there will invariably be some disparaging comment about the director’s 1997 effort Kundun, a biopic of the His Holiness the Dalai Lama.  It’s derided as “Scorsese gone soft” or “Oscar-baiting” or some such thing.  Frankly, when I read a dismissal like this, I find myself wondering if the article writer has actually even seen Kundun.  Sure, the film takes the director off of the mean streets and onto the roof of the world, but this is still vintage Scorsese:  as visually enthralling as anything by the director, and just as insightful on issues of religion, violence, power, weakness, family, and culture.  And daring in a way that very few films are:  the Walt Disney Corporation’s decision to produce and distribute the film had major consequences with regards to plans between the company and China.  Indeed, this is singularly beautiful and exciting cinema.  As Gavin Smith of the highfalutin Film Comment, who named the film one of the best of 1997, wrote at the time of its release:

Kundun systematically works through a series of plays on vision–both spiritual and sensory–and viewpoint, that in some ways represent a culmination of Scorsese’s formal inquiries. If all his films are ultimately, inescapably interiorized, their momentum always spiraling relentlessly inward, Kundun is the first that exists in the mind’s eye from the beginning, that locates the art of vision in a realm where exterior landscape (Tibet, history) and interior landscape (a sand-painting mandala, an infinite capacity for compassion) unite in an epic of the psyche and the spirit.

Who would have expected that such an exquisite, affecting, and compassionate film about Buddhist practice would come from Korea’s Kim Ki-Duk?  The director is making some of the most unsettling and terrifying thrillers in all of world cinema right now–among them, brilliantly icky creepshows like The Isle and Bad Guy. But maybe that explains it:  he knows how to keep filmgoers on tenterhooks so expertly that almost anything else ought to be a cinch.  (Clearly, he understands the audience in the same way Hitchcock did and Spielberg does.)  Irregardless of how it happened, we’re presented here with something we Buddhists don’t have enough of:  a genuinely great film that also manages to capture something of the Dharma.  While it does tip its hat to Yong-Kyun Bae’s 1989 classic Dharmaga Tongjoguro Kan Kkadalgun (or, Why Has Bodhi-Dharma Left for the East?), Bom Yeoreum Gaeul Gyeoul Geurigo Bom is very much its own film–distinguished by the director’s trademark style, sense of humor, and ability to surprise.  Oh, and did I mention that it’s virtually silent?  (There is only the smallest bit of dialogue.)  Perhaps I’ve over-talked this one then; the trailer–which you can see right here–allows the film to “speak” for itself.

Guess what, elephant readers?  My top pick is by a local! Compassion and Wisdom:  A Guide to the Bodhisattva’s Way of Life is directed by Boulder County’s very own James Zito.  It’s also the best film I have ever seen about Buddhism–a devoted student’s idea of a dream come true.  Imagine a serious, relevant, feature-length documentary about the path of the bodhisattva.  Now imagine that film populated with “talking heads” from the worlds of academia and practice such as His Holiness Sakya Trizin, His Eminence Tai Situ Rinpoche, Robert Aitken Roshi, John Daido Loori Roshi, Robert Thurman, Donald S. Lopez, Jr., Lewis Lancaster, B. Alan Wallace, Chökyi Nyima Rinpoche, Khenpo Palden Sherab, Tsultrim Allione, Ven. Robina Courtin, Shohaku Okamura, Taigen Daniel Leighton, Mu Soeng, David W. Chappell, Jakusho Bill Kwong Roshi, and even His Holiness the Dalai Lama.  Well, if you can imagine all that, then you’ve got a pretty good idea of what Compassion and Wisdom is like.  The late, great Chappell rightly dubbed the final product “a masterpiece” and succinctly articulates what is so fantastic about its design:

The careful editing weaves the themes so closely together and builds a beautiful collage of voices that reinforce and build on each other while continuously setting everything within the practical context of modern life.

There’s simply no other film like this out there–Compassion and Wisdom is truly unique and remarkable stuff.  There are no clips or trailers available online for the film, which is just as well:  you should see the whole thing immediately if not sooner.  Copies are available to order through Vajra Video’s website as well as through Snow Lion Publications.

Plus, the greatest one-shot opening scene of a film, ever. Maybe it ain’t Buddhist, but it sure pulls you into its present moment:

Rev. Danny Fisher, M.Div., D.B.S. (Cand.), is a professor and Coordinator of the Buddhist Chaplaincy Program at University of the West in Rosemead, CA. He was ordained as a l… Read full bio