The Lost Art of Femininity.

This article was inspired by Lasara Allen’s (serious) The Lost Art of Masculinity.

These days the only group of people more henpecked by women than men…are women.

That’s why every other teenage girl is trying to sail around the globe, not to set some kind of world record, but to get away from all the self help books, magazine articles, and talk shows written, published and hosted by women who spew the creed for womanhood. I was baffled by these young girls setting off to sea, but then some recent news articles helped me realize just how absurd and frustrating life must be as a woman.

The first article was about a company created by two women. The company’s name: Booty Pop. Booty Pop makes padded underwear to help ladies’ butts look more shapely and round.  The creators of Booty Pop say it’s a cheap alternative to getting fat injected into one’s backside because, thanks to J-Lo, Beyonce, and Kim Kardashian, big butts are considered sexy again. Right now recovering anorexics and bulimics everywhere are staring up at the sky shouting, Noooooooo!

(As a former anorexic I can make that joke.)

Booty Pop panties are sold in mainstream outlets like Bed, Bath and Beyond, and Walgreen’s. According to the Wall Street Journal the company expects to pop at least a million booties by year’s end. Guess who’s buying ‘em? Women! Fortunately men don’t have the same pressure of living up to our current male sex symbols since they’re all either pre-pubescent or (wink, wink) Scientologists. Or, yah, “yoga moguls.”

The next article I read was about Leila Josefowicz, a 32-year-old concert violinist who’s been a prodigy at the instrument since she was 10 years old. Now 32, she has several recording contracts, travels the world performing, and is the first choice of many composers to champion their music. Oh yeah, she was also a model. Take a look at her press:

“It doesn’t hurt, not looking like the back end of a six-buttocked pig. Canadian-born violinist Leila, now 32, was actually the face of Chanel’s Allure perfume for a year…” ~ The Guardian.

“Leila Josefowicz was the perfect choice. She made her Carnegie Hall debut at 16 looking like a gamine with Rapunzel blonde hair. Today, at 32, she retains her milkmaid skin…” ~ The Berkshire Review.

How disheartening to know even in an arena as dignified and staid as classical music a woman’s looks would get so much attention. For a moment I blamed myself and my fellow man. Then I read an article about Stephanie Dolgoff, and the tides of sympathy began to run out to sea.

Unlike Leila Josefowicz, Stephanie Dolgoff has no talent and thus has nothing to discuss except beauty. The woman is so obsessed with looks and what it means to lose them she’s written a book and launched a website about the trials and tribulations of a woman turning 40 and “therefore” no longer being attractive. Her website is called FormerlyHot.com and her book is titled, “My Formerly Hot Life: Dispatches From Just the Other Side of Young.” Ms. Dolgoff spent her early life working for women’s magazines like Self, Glamour and YM, which is obviously where she honed her skills for writing content aimed at destroying women’s self esteem.

Sadly, this book will sell. To women.

It’s already been featured in The New York Times and she’s got an appearance booked on the Today show. Hopefully Meredith Vieira, who’s definitely over 40 and definitely still “hot” will do the interview. Her first question should be: “Ms. Dolgoff, how are you qualified to write about how it feels to be formerly hot?”

But the publishing world is filled with all kinds of crap both insulting and yet only purchased by women, so this was no surprise. I got over my jealousy of the success Dolgoff is certain to have with her middle finger to middle-aged women, but my mind still swirled with concern for the opposite sex and how we could make women’s lives better…so all of our generation’s daughters don’t go sailing off.

Then I read an article about how men need to start acting more manly, written by a woman named Lasara Allen. The article was titled, “The Lost Art of Masculinity.” I didn’t know masculinity was an art form. I kinda thought it just happened if you peed standing up.  Allen’s article was neither original nor thought-provoking, imho, but it did make me realize how complete and utterly annoying it must feel to be a woman in this society where they are constantly barraged by articles just like Allen’s in which a lone author actually tells an entire gender how to act. Women have to ignore these sermons everywhere they look. It must be painfully exhausting—but on the flip side great training for giving birth. There’s no way men could handle such a blanketing of unsolicited and often unqualified propagation about the best way to be a man. Throw in some hot flashes and we’d have ourselves an Armageddon.

Fortunately, most men don’t buy into such writing, and thus there’s no market for it. If we did there’d probably be a posse of teenage boys sailing around the globe (or going into yoga retreats) trying to escape.

So ladies, while it would be a tad bit contradictory for me to now tell you what to do, I’ll say only this: If your daughter asks for sailing lessons, buy her a violin instead. 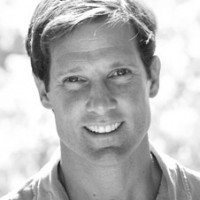