What Is Your Dead Turtle?

Last week, I came home to a shock. My roommate (same demographics) standing by the back door of our home (affectionately known as the Little Green House) in an uncharacteristically highly emotional state… half laughing, half crying and making a noise that might be described as wailing. She had gone into the backyard to do a chore and discovered a dead turtle.

Yes, a dead turtle. A large one, too. If it were a crab, it would have been a keeper.

With Teresa in the state she was in, I knew I had to step up. As I reached for the rubber gloves and plastic bag, she exclaimed, “It is heavy!”

And I started to swoon, and had to sit down on the floor in order to not pass out.

Teresa is a master at household plumbing, painting and as I write this, she’s in the backyard digging a monster size hole in which to nestle a very large tree that we’ll be moving (with a little help from our friends) later on today. I’m a reliable amateur at electrical work, drywall finishing and automotive ailment diagnosis.

We have mad skills. But we don’t do dead things.

We put out the call to our friends that the girls of the little green house needed help. That there were tacos and Rainier in it for whoever responded. A man named Sally did. He dispatched the turtle, which he jokingly referred to as a Gamera, toward its final resting place and then thoroughly enjoyed his spoils around our little dinner table. We all enjoyed catching up, having not seen each other in a while.

I had a dead turtle of my own this morning. Eight months ago, a boyfriend with whom I’d begun a long, slow, painful unwinding sent me an orchid plant. I can’t recall whether things were good with him or bad with him at the time that he sent the plant; my lifetime of experience has conditioned me to think of those gifts from men as apologies. The facts are lost to time and faulty memory, and that conditioning is what remains.

The plant had two stems, and was pregnant with buds. The orchid outlived the relationship, and just kept blooming. By last week, it had hung on to its last remaining blossom for what seemed an unholy eternity. Every day, I’d see that plum colored bloom and be reminded of what I learned in that relationship; of the healing I am still doing, and of the consequences that will remain.

On a random, recent Monday morning I could not take it anymore. It was time to let go. I first snipped the flower from its stem at a joint that would allow new life to burst forth. I became infected with a complete inability to kill during my time in Nepal; be it plant, animal, insect or what have you, and thought this plant deserved its chance to bloom again.

As I looked at the flower in the compost bin, and the naked stems sticking up out of the pot (three of the four remaining leaves turning brown with rot), my physical self took over and my brain became silent. I carried the pot into the backyard and pulled up the orchid by its roots. I was hit by a putrid scent of decaying plant matter, shocked by the sight of the plant’s rotten, almost mucous-like roots.

I realized—notwithstanding that one eerily long-lived blossom, which had remained in some sort of petrified suspended state—that I did not kill the plant; it was already dead. I placed most of it in the compost bin, leaving the smelly, disgusting packing material in the pot because I just didn’t have it in me to do the dirty work of cleaning it then and there.

When I walked out the front door that morning, the putrid smell of death still in my nose, I noticed that our neighborhood is alive with cherry blossoms. My brain knows they’ve been blooming for some time, but I just never took the time to notice before that morning. I have since had days to become more acquainted with my new cherry blossom friends and to contemplate impermanence.

That pot is my dead turtle. It has remained on the back porch, uncleaned. This morning, it was moved from its location and knocked over by some unseen force, to spill its rotting contents all over our back patio. When Teresa mentioned it, I looked down on the parts that were left of that now dead, and still decaying relationship and hesitated. She looked at me, and said, “I can take care of it for you.”

As an unenlightened very human being, there are times in my life when I just want help. It’s hard to ask for, and I’m not always gracious at receiving it.

This time, I will accept her help. And I love her for it. 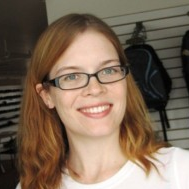 Sara Lingafelter is a writer, climber and chronic optimist based in Seattle, WA. By day, she works in social media in the outdoor industry. In her free time, she’s the girl … Read full bio