Bhakti Chai Could Be as American as Apple Pie. ~ Pranada Comtois

Have you been sipping Bhakti Chai coffees and teas? If not, you might be—and soon.

The Colorado-based company appears to be riding the Bhakti trend.

Here’s the magic secret about trends and branding: If you have the foresight or good fortune to tap into a strong trend and establish your brand early, you’re likely to strike pay dirt. This is especially true when the name of your company is the name of the trend, as with Bhakti Chai, the “Starbucks®” drink of the Yoga community.

Bhakti Yoga, the “way of love,” is unlike any of the yogas Americans know. You don’t have to go to the gym or church or even know what yoga is; it isn’t practiced on a mat. Bhakti is a heart-centered practical lifestyle for living with integrity in our commonest dealings every day.

My expectation that Bhakti Chai will take off is not triggered by the article at The San Francisco Chronicle online, which cites Bhakti Chai’s “474 percent revenue growth.” I don’t need a business degree to know there are 15 million people (of impressive demographics) affiliated with yoga in America who would love to get their hands on a bottled organic Indian masala coffee—decaf and Iced Blends available—without having to fly to India!

Rather my observation is based on watching the Bhakti philosophy, whose worldview is a wholesome, heart-based, easy and generally universal approach to life, explode onto America’s yoga scene four years ago.

According to Google Alerts, people love Bhakti. It’s hard not to. Bhakti, the heart yoga, teaches the practice of unconditional love in our daily lives—whatever our lives look like. Bhakti is a mindset that gives and spreads what we all desperately seek: genuine, undying, unselfish love.

The world enjoys many things Indian, from cloth to food to spirituality.

The energetic spread of Bhakti within the Yoga community is another testament to this. So imagine this: You value wisdom from the East and/or you practice yoga. You just found an untapped wellspring of spiritual wisdom, the last that India has to offer the world—there are no other philosophies lying in wait in an undiscovered treasure chest in India. This is it: Bhakti, India’s final spiritual frontier. You just might be a tad excited. And when something excites a lot of people it spreads pretty fast.

Americans have been changed forever by the century-long transmission and assimilation of three of India’s four yogas—as documented by Philip Goldberg, American Veda: From Emerson and the Beatles to Yoga and Meditation, How Indian Spirituality Changed the West. Mr. Goldberg paints a clear picture of how the East-to-West transmission accelerated through the decades, moving from the counterculture into our laboratories, libraries, and living rooms. Meditation is now recommended by physicians and therapists; karma, mantra, and yoga are part of our vocabulary; and lifestyle choices like vegetarianism continue on the rise.

Bhakti has been continually practiced for thousands of years, with its full regalia of ancient texts, sages, saints, mystics, contemplatives, pilgrimage sites, a complex worldview and its ease of application so it will appeal to many. At the core of Bhakti is the notion that the fundamental principle of existence is love: Intelligence driven by love. And here’s what India’s secret yoga says about human nature:

Using the mind is required for the enterprise of happiness and peace, thus the tremendous interest in mind control techniques, living in the Now, quantum healing, changing thoughts, meditation, and so on, but unless you get to the heart of the matter—pun intended—no amount of mental adjustments will give lasting peace or happiness. Ah! Is that why we’re not completely satisfied, even with the keenest spiritual attempts? In The HeartMath Solution, Doc Childre agrees,

“Even longtime meditators get only limited benefits unless the heart is deeply engaged, so they’re often frustrated with their progress.”

Large numbers of Americans are hungry for something else, as evidenced by the continued rise of personal development and self-help products, seminars, and books. Our essential restlessness and dissatisfaction grows, despite our access to all kinds of knowledge. Financial troubles at home and abroad—riots in London, thousands of starving children in Somalia, and increasing global and domestic tensions, not to mention relational troubles at home—threaten our happiness and for some our sanity.

Bhakti’s arrival is timely, another indicator that Bhakti will have legs in America. But the ultimate clue that Bhakti will trend lies in its own premise: if we want to be happy, peaceful, and fulfilled try unconditional love: accepting it and giving it.

What is a trend anyway, but a collective choice? Whether we’re choosing between apple pie or Bhakti Chai, I, for one, hope Bhakti’s message of compassion and unconditional love draws more and more Americans to explore India’s final frontier.

Pranada Comtois is a writer, speaker, teacher, and founder of Little Ways of Being™. She shares “the path of unconditional love” in her blog, seminars, and workshops; volunteers as the Managing Editor for Bacopa Literary Review; is raising her precious three-year-old granddaughter; grabs any free time (like when?) to write poetry; is trying to find an agent for her nonfiction book, and enjoys kirtans with friends. Pranada believes women are natural spiritual leaders, the world needs more of us owning that power, and is passionate about assisting women exercising our full spiritual potential. You can find her on Facebook or Twitter as well as her website www.pranadacomtois.com. 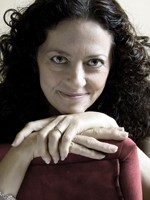