An Open Letter to the Anusara Community.

To provide a little background for this letter, it is one I wrote on a Facebook page for Anusara teachers (though I am not myself an Anusara teacher). Most of you reading this post almost certainly have heard about the recent allegations regarding John Friend, the founder of Anusara – and my purpose here has nothing to do with verifying, debunking or passing judgment on those allegations per se. What I do wish to focus on are the business practices of Anusara (many of which were clearly elucidated by Amy Ippoliti in her recent Elephant post) and how they might change as the community moves forward.

I want to  express  my profound respect for Waylon Lewis’ efforts to maintain fair, balanced and clear reporting on this scenario as it unfolds.  A situation like this requires a very clear focus on conveying what readers “need to know”  in a breaking story while simultaneously maintaining principles of responsible journalism  – my hat’s off to you, Waylon!

I do hope there will be a forum in the not-too-distant future where the allegations can publicly be put forward succinctly, clearly and in as unbiased a way as possible (understanding that the charges cover VERY difficult terrain, spiritually and emotionally), and that John would be given the opportunity to  fully and honestly respond to each and every one of them. In the meantime it is not my place to stand in judgment.

I have this to say about the system of Hatha Yoga/asana practice known as Anusara: it is elegant, brilliant, and IT WORKS. Exquisitely.

I say this from my experience as a not-terribly-advanced asana practitioner and someone who has seen thousands of people benefit from the teachings over the past twelve years. In the interest of disclosing my connection to Anusara, my wife Heather and I toured with John for a number of years, providing live music for his workshops and offering kirtan … it was a wonderful experience that feeds my spirit to this day and for which I remain deeply grateful.

I think one of the greatest tragedies that could come from the recent events is that this extraordinary system of  Hatha yoga would be discarded or discredited because of the human failings of its founder (whatever they prove to be in the final analysis).

My intention is to open a dialog about how Anusara might move forward without John Friend at its helm, which seems very likely at this juncture, and probably necessary if the system is to survive the current scandal.

I’m going to start this post with a favorite quote from a beloved and trusted friend, who often predicates his advice with the disclaimer “this advice may well only be worth what you paid for it.”

I have no particular right to say whether a for-profit, ESOP,  501(3)(c) or completely different model of operating is best for a rebirth of the Anusara organization … I am not an Anusara yoga teacher, though I have felt deeply connected to the community for the past twelve years. Nor do I possess a level of business acumen that would allow me to clearly set forth a list of pros and cons for a specific business model.

I believe that those who make their livelihood in this way (or, more to the point, in the way that now appears to be starting to form) should of course hold sway with respect to which business model is used.  My hope would be that the way in which this model manifests would be much more on the basis of reasoned consideration and consensus than the dictates of any one individual.

In my last decade or so, I have been fortunate to be on a path that does not require that I adhere to a particular school, brand, style or system of practice – a great blessing in my life. It is ALWAYS my hope that I can use this lack of direct affiliation to help build bridges between the truly remarkable people of myriad systems of yoga who wish to deepen our awareness, our connection to the Highest – and to each other.

That said, to address something that seems to be a recurring thread in the restructuring of Anusara, to my mind one of the key elements of its framing (not to mention how it’s perceived in the world) is embedded in the suffix “Inc.”

I have seen quite a few posts that mirror my own sense that moving toward a non-profit would best re-establish the ground, the purpose and the intention of Anusara.

I have heard it said by people who probably know a lot more than I do that non-profits are “dysfunctional,” and I don’t disagree with this point. But I doubt anyone could argue that the existing structure was anything but dysfunctional on a number of levels. I spent a number of years in a “past life” working for a corporation (and later a consulting firm) that allowed me to see that for-profit operations cans be every bit as dysfunctional as non-profits. Sometimes, in my experience, having to focus on a bottom line can blind even the most gifted and conscientious among us to the greater considerations in life.

However this pans out, I want to lovingly urge those who are so courageously beginning to undertake the HUGE task of restructuring to focus on how this new structure can – by dint of its organization, by-laws, and clearly stated mission – inherently focus on providing the greatest good to the most people.

I have always been very impressed by the talent, intelligence and loving hearts of the people I’m so honored to know in Anusara.  Each of you – whether you have severed official ties or not  – is a part of a community that I have grown to love deeply. As the members of this community move forward, may it be with an unswerving focus on how we can most effectively serve the world with our unique gifts.

Thanks for reading this…

With the utmost respect, love and gratitude, 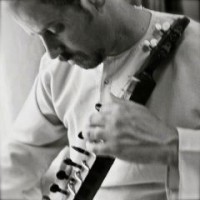