As her sons care for a lost Chihuahua, Julie Gillis looks for teachers, healers, systems thinkers, interpreters, bridge builders, and storytellers as a way toward social change.

As ironies go, this one was pretty good. Sunday morning I wrote a post about waiting for the “new” thing to come into my life and not but an hour later, my 12 year old son come home from a bike ride with a tiny Chihuahua dog,

We had a pet Chihuahua for about 9 hours. Her visit reinforced some beliefs of mine, and some goals.

The son came home, breathless holding a very small, very unphased, very cute Chihuahua. I am not generally a fan of small dogs, but she was kind of a dollbaby, making herself at home quite quickly on a pillow on the floor and perking her bat-like ears up every time anyone left or entered the room.

It was clear this dog belonged to a neighbor. She was well fed, very clean, and totally social. We couldn’t place the dog out in the neighborhood loose, as she had no collar or tags, nor could we keep it. We made posters and put them up around the neighborhood.

The boys delighted in her company all day. They made her a bed. They fed her by hand. They took her to do her business. They discussed names. Easter was chosen, for the day. They held her gently and had her take naps in their arms. When friends arrived she was protected and the newcomer counseled firmly by my eldest, how to hold her and not to scare her.

Baby-voice was spoken to her. By all of us. Cause I mean she’d do this thing where she’d lift her front paw, cock her head and man…as I said, I don’t even like small dogs, and I was smitten.

By the end of the night, they were negotiating of course, “Maybe we won’t find the owner! She loves US!”

When the owners called, we sat them down. They cried a bit. We, my husband and I said, “Think of if this was you, worrying about your pet. Wouldn’t you want someone to bring her back to you? You’ve done exactly the right thing, keeping her safe, and helping her not be scared.” They accepted that and turned the dog over to the owners, who live but four blocks away.

Later, at bedtime, the eldest said, “I feel strange. Empty but good, missing her but happy she’s home.” The youngest nodded and said, “I miss her.” Complex adult emotions, learning to grapple with them. Big stuff.

I think about boys a lot. Men. Their issues and rights. In part, because I write for The Good Men Project, but also because men are humans and as such, should have their issues and rights thought about. There are lots of them to think on-birth control and why we can’t have something as awesome as RISUG. Custody issues for fathers. The Draft and Women in Combat and how that all works. Raising boys, supporting them in their sexuality and more. Educational issues around ADD and more. Sexual assault and how it affects men. Lots of topics which all get covered at GMP, and which are often polarized between MRA folks and feminists. With what I see as a lot of vitriol and confusion mixed in for good measure.

But one thing is clear. Raising human beings to be loving, open, empathetic people is vital to all the rest. I see a lot of gender essentialism still in the world, the US. Boys are like this! Girls are like that! Snips and Snails vs Sugar and Spice, yeah? And I know a heap of people who don’t want to buy into such stereotyping, but still the ideas persist in our media and advertising of men as brutes or women as victims, men as feeling-less and women as hysterical in their emotions. Both are true, neither is true.

Because all of us are both, or have the capacity for both.

Humans are born with the capacity for feeling. Everything. How we let our children grow and explore those feelings? How do we shift our beliefs about men and women to allow for the reality that boys and men have deep, deep feelings and can be gentle as hell. Or that women can be violent and cruel. Or that maybe it’s a human thing, not a gender thing. How much of all of it is innate and how much is taught?

Why can’t we stop teaching fear and anger and hate? How do we teach peace and love?

I’m reminded of Jackie Summers piece, You’ve Got To Be Carefully Taught, which was written in reaction to the Trayvon Martin murder.

“I know how to solve racism. I know how to solve homophobia, misogyny and misandry for that matter. I think we all know. The way you solve social ills is: stop teaching them. Accept the right of those who currently clutch desperately onto their beliefs as inalienable, and know they are lost to your cause. No dazzling display of intellect or passionate entreaty will sway the likes of the Zimmermans and Lees of the world, or their defenders. They are who they are, and it may be asking too much of them to change…
Teach the teachable. Show those who are bringing children into the world why it’s important to teach equality for all, and show them how. Plant seeds of justice in our progeny that will grow to someday provide shade for all.”

I think he’s absolutely right. I am a bragging mother, I get it. But I’m so proud we have raised a child who was willing to take in a small dog rather than let it wander loose on a busy street. A boy that postered the neighborhood with me to find the owners. Boys that held such a small creature gently and made a bed for her. And boys who were willing to hold such different emotions in their beings at one time, willing to experience the cognitive dissonance of wanting to keep the dog and letting the dog go. Loving. Missing. Accepting.

More than ever I see this careful teaching, love and justice, as vital to peace and civil rights, to finding the space outside the poles of divisiveness, the political games played every day around us. To ending racism. Sexism. Homophobia. Socio-economic divisions. Classism.

It takes great effort, though. And teachers. Healers. Systems thinkers, interpreters, bridge builders, storytellers. I want to figure out how to take that teaching out into the world where we can make real person to person change, and layer that onto systems. Systems that need help, real help. Because with out teaching carefully, by giving into the easy anger, fearful generalizing, lazy approach to the truth, I think things are gonna just get worse out there.

And that’s nothing I think any of us want. 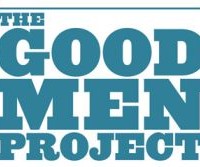