Yoga in America: In the Words of Some of its Most Ardent Teachers. 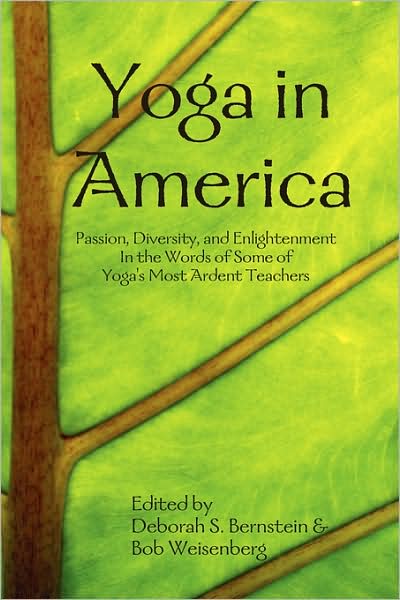 Yoga in America, published in early 2009, was a book ahead of its time.  Long before the debate about what is and isn’t yoga heated up in the blogosphere, and all the narrow stereotypes that resulted, this book celebrated the actual wide diversity of Yoga in America, as told by passionate yoga teachers themselves.

There are 46 articles chosen out of over 500 submitted in an open competition, the brainstorm of publisher Deborah Bernstein.  I had the honor and pleasure of co-editing the book with Deborah.  This was the experience that led me a few months later to elephant journal and the development of elephant yoga, which follows in the same tradition of wide (some might say “wild”) diversity.

Today the entire book is available free online, and we have started publishing it article by article with illustrations and writer photos on elephant journal.  Here is an ongoing index of those articles so far for easy reference:

The Downside to Down Dog ~ Kelly Grey

The One & Only Reason I Sought Out Yoga ~Halli Bourne

Peace is but a Breath Away. {Poem} ~ Cynthia Overgaag

You are Divine and Perfect ~ Karen Pierce

Yoga Is Whatever You Want To Make Of It ~ Adrienne Reed

A Rose by Any Other Name: Indian Yoga & American Yoga ~ Nina Moliver

Denying, Buying, Trying, Applying:
The Four Stages of Getting into Yoga ~ Donna Brown

I love being able to share these writers with the elephant audience.