The Buddhist notion of Idiot Compassion. 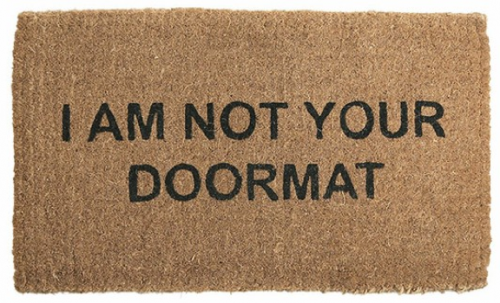 “To love without knowing how to love, wounds the person we love.” ~ Thich Nhat Hanh

Helping others isn’t always helpful, for ourselves or them. On avoiding “Idiot Compassion”, via Trungpa Rinpoche & Pema Chodron.

Thinking of others first is all very well, but what if he/she is harming or taking advantage of our “idiot compassion”?

I shared up this article (by my mother, not me). 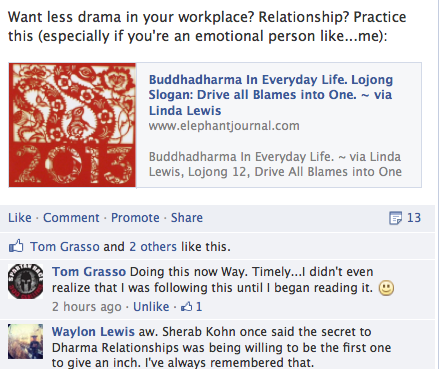 I then got a message from an acquaintance:

Re: your post about “driving all blames into one”—can you recommend any readings re: narcissists and how to approach tonglen with those who repeatedly cause harm to others (and one’s children)

I don’t know of anything specific, but I’d advise reading up on “idiot compassion” and avoiding falling into the trap that we all do http://www.elephantjournal.com/?s=%22idiot+compassion%22

Harm to yourself and children is a no-go, obviously. Block them out of your life if you can?

That didn’t seem like enough of a helpful response, so I googled “idiot compassion,” a term Trungpa Rinpoche coined back in the 70s and 80s in describing that tendency in all of us to help others in unhelpful ways—enabling them to perpetuate their neurosis, often at the expense of others, and their own well-being. Could be as “harmless” as allowing your 45 year old child to live at home, or as harmful as forgiving someone who hasn’t changed, just because we think it’s nicer to do so, and it feels easier.

And I found this brief Q&A, via Pema Chodron, a great sweet Buddhist teacher, and Shambhala International, and, as Dharma, and Pema, so often are, it was spot on. 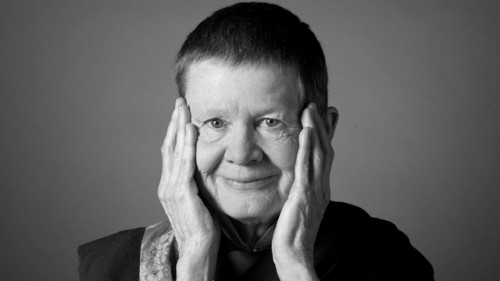 Pema: Idiot compassion is a great expression, which was actually coined by Trungpa Rinpoche. It refers to something we all do a lot of and call it compassion. In some ways, it’s whats called enabling. It’s the general tendency to give people what they want because you can’t bear to see them suffering.

Basically, you’re not giving them what they need. You’re trying to get away from your feeling of I can’t bear to see them suffering.

When you get clear on this kind of thing, setting good boundaries and so forth, you know that if someone is violent, for instance, and is being violent towards you—to use that as the example—it’s not the compassionate thing to keep allowing that to happen, allowing someone to keep being able to feed their violence and their aggression. So of course, they’re going to freak out and be extremely upset. And it will be quite difficult for you to go through the process of actually leaving the situation.

But that’s the compassionate thing to do.

And it’s the most compassionate thing you can do for them too.

They will certainly not thank you for it, and they will certainly not be glad. They’ll go through a lot. But if there’s any chance for them to wake up or start to work on their side of the problem, their abusive behavior or whatever it might be, that’s the only chance, is for you to actually draw the line and get out of there.

We all know a lot of stories of people who had to hit that kind of bottom, where the people that they loved stopped giving them the wrong kind of compassion and just walked out.

Then sometimes that wakes a person up and they start to do what they need to do. 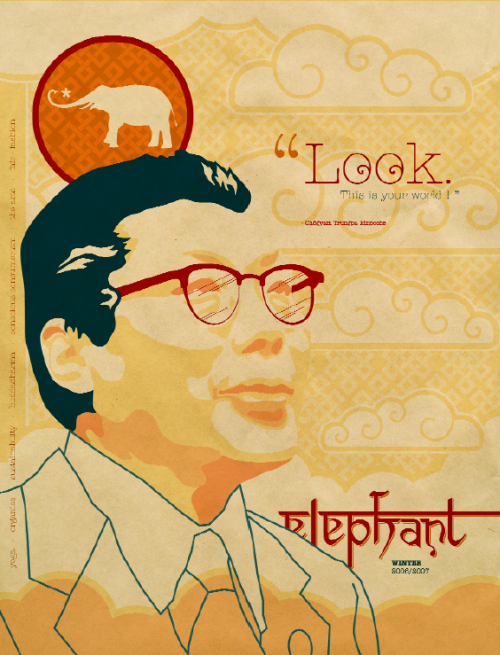 And, from the man himself:

“Idiot compassion is the highly conceptualized idea that you want to do good….Of course, [according to the Mahayana teachings of Buddhism] you should do everything for everybody; there is no selection involved at all.

But that doesn’t mean to say that you have to be gentle all the time.

Your gentleness should have heart, strength. In order that your compassion doesn’t become idiot compassion, you have to use your intelligence. Otherwise, there could be self-indulgence of thinking that you are creating a compassionate situation when in fact you are feeding the other person’s aggression. If you go to a shop and the shopkeeper cheats  you and you go back and let him cheat you again, that doesn’t seem to be a very healthy thing to do for others.” ~ Chogyam Trungpa

“May we with all beings realize the emptiness of the three wheels, giver, receiver, and gift.”

But of course giving without any expectation and any giver…there are Buddhist teachings on this, and a practice–it’s not a theory, so much as a practice that we have to be quite mindful and stubborn about.

The notion of Idiot Compassion is powerful. It’s not a limitation on love but the notion that often, when we give love, it is not empty, ie it is full of our pre-conceptions and pre-judices and pre-conditions, and it’s not good for whomever we’re giving it to, and not good for ourself.

Loving someone no matter what sounds nice and all, but remember all love is not love.

Which Buddha Family are you & How to use it.