What Will Make Any Long Term Relationship Work.

I was in my early 20s and having little relationship experience, I brought with me to the marriage fixed ideals, a script really, of how I was supposed to be and the way life was supposed to unfold.

I followed the script’s instructions and its predetermined expectations for what is and isn’t allowed for someone once they get married. Within the context of that script, I was a good wife and that was important to me because I saw the script not just as a how-to manual for one of the most important roles of my life, but I also believed that to follow the script would guarantee happily ever after.

Though the script offered my husband and I a pleasant life together, the role that I was playing was not genuine; I couldn’t find myself in it. Not long after I was married, my Mom checked in with me to see how I was adjusting to my new life. “I’m bored” I told her. Her response affirmed exactly what I had been feeling, “Things are different now.” she said. “You’re married.”

As discouraging as those words sounded to me, I understood what my Mom meant.

I was married, and I accepted that with that came certain expectations, and even necessary losses.

I seemed to be playing out that old idea of Ego Psychologist, Erik Erikson that says that it is necessary for a woman to leave room in the formation of her identity to accommodate that of her husband. I didn’t really know who I was and I depended a great deal on my husband to define me. I gave up many of my own interests, pursuits and ambitions simply to be available to his.

In time, I went to my husband and shared with him my need to expand, to expand professionally, sexually and spiritually. I didn’t want to just be someone’s wife anymore; I wanted to be me. The problem was, nearly a decade had already past and our life together was based on how things had been, not the new kind of life I was requesting. He was on a steady track in his life and he wasn’t really interested in getting off it. Who could blame him?

In the years after that marriage ended, I steered clear of relationships that were at all traditional and committed. I instead drifted from one casual agreement to another. While I relished the personal freedoms these agreements allowed me, they also weren’t particularly nourishing emotionally or spiritually. While on one hand I appreciated being able to be with another person without attached expectations, I was growing unfulfilled by the lack of sustenance these interludes offered and by their ironic predictability. There was no mystery or romance of what could be. There was no wonder, joy or magic.

It was about this time that I began an open relationship with a man who had long practiced polyamory.

In this man’s boldness and in his commitment to this lifestyle, I saw something possible for myself that I had never considered before: that I could have a strong emotion connection with someone and not have to compromise my desire to be “free.” What I saw possible with this man was not limited to mere sexual expression. I saw sexual freedom as a metaphor for freedom in general. The freedom to be myself, exactly as myself, and to be accepted and loved just as I am.

While this open relationship allowed for a certain level of sexual expression, in the end I found it to be just as confining as my traditional marriage.

The same conflicts took place: double standards in what opportunities were allowed for him and me and a relationship structure that benefited his preferences over mine. I found myself taking on the same role as I did in my marriage, the role of being in the service of, allowing myself to be defined by another and not setting boundaries and expectations where they would serve me.

I share these experiences because over the last 20 years I have learned a thing or two and from where I am standing, I see hope; a hope that stems from integrating our most traditional and most alternative relationship styles in a way that progresses the conversation about and practice of long term committed relationships.

Monogamy has a beauty all its own, a beauty that inherently stems from its unique expression of loyalty and devotion to one person. For me, monogamy is a little like being Catholic. I may not agree with all parts of it and I may even resist labeling myself as such as if a single word can fully capture such a complex expression, but in my heart and at my core, I have a deep reverence for that tradition and ultimately it is where my heart lies.

I believe a monogamous relationship can not only work but has the potential to be a space of intense freedom for both people.

It is a freedom though that needs to be cultivated and unfortunately there isn’t the pull in society for two people to be both committed to each other and to foster each other’s personal freedoms. At the core of what makes any long term relationship work is when two people want the same things, coupled with a respect for and an intentional enhancement of their respective expansion into the spaces in which they differ.

One of the greatest gifts I learned from being in an open relationship is the concept of compersion, which is to take pleasure in someone else’s pleasure.

This practice is not an easy one, but as the saying goes, it is worth it. When practiced fully compersion can bring about not only intense sexual arousal and personal pleasure but a deep feeling of peace, love, and spiritual oneness.

Buddhists have long practiced a related idea of love without clinging.

This practice of compersion or loving kindness is often missing from romantic relationships, particularly monogamous relationships.

So often we hold on too tightly. We feel threatened when our mate takes on new life challenges, makes new friends or expands into new areas of life. We feel afraid, “What will happen to me?” “Will they still love me?” “Will they forget about me?” “Will I be enough for them?” We can create a quiet pressure for our mate to not expand themselves out of our own fear for how that will affect us. The dirty secret of relationships is that we would sometimes rather be unhappy with someone or we would sometimes compromise another person’s happiness just so that we don’t have to risk the relationship ending. Where is the love in that?

One of the greatest gifts that we can give our partner is to get behind them and propel them forward.

We do this not just by supporting them, being available and sharing in their joy. We also do this by living big lives of our own, by developing ourselves, our careers, our friendships, hobbies and spirituality. We share with them the goodies of our adventures: our victories and our struggles as we broaden our horizon and spread into new growth. Developing ourselves encourages our partner to do the same, which ultimately creates a rich and evolving union.

A key aspect of the practice of loving kindness is to first practice it with oneself. In this way, our sense of freedom inside of a relationship as well as our sense of security comes from our own heart. When we hold ourselves with that divine embrace, the embrace that allows for both comfort and expansion, we can each be born newly and experience romantic love as if for the first time. 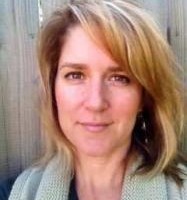 Cristin is a writer, professor, clinical psychologist, and Catholic-Buddhist-Hindu-Ashtangi. When she is not creating evolution on the planet, you can find her making homemade… Read full bio