How Did a Situation like Steubenville Occur & What Does this Tell Us About Society?

Like many of us, I was shocked and saddened by the recent rape of a teenage girl in Steubenville, Ohio by two local high school football stars.

We are all aware of the grisly details by now. A young woman, severely intoxicated, is sexually assaulted by two young men at a teenage party last summer. Photos and videos were circulated among acquaintances, making light of the incident. There were witnesses, although nobody stepped in to stop the attack from happening.

My heart goes out to this 16 year-old girl. She has a long road to recovery ahead. In addition to the physical and emotional trauma, she will also confront the stigma our society attaches to survivors of sexual violence. I wonder, will she ever be able to trust men again? How long will it take?

When I first heard about this attack, I despised these boys with the sort of white hot rage that comes from being a woman (and having female family and friends and, someday, maybe daughters) and knowing how painfully vulnerable we women can be while walking alone at night or in a darkened parking garage or out there in the dating world, meeting new people.

What kind of monsters could do this to a young woman? (Or, more appropriately, what kind of environment could have nurtured and condoned such monstrous behavior?) And what sorts of monsters can stand by and do nothing? I thought about it some more, and was dumbfounded. I thought some more and was filled with overwhelming sadness. What sort of immense pain and suffering could compel somebody to violate another human being (and brag about it) in such a despicable way?

I’m certain we all have done things we have regretted. Young adults, in particular, face enormous pressure to conform to a peer group.

But this is much more sinister than ‘boys will be boys.’ We need to realize there are power differentials in our world which contribute to abuse. The ‘popular athlete in a small town’ stereotype is one many of us know well, yet our world can filled with vile and unscrupulous behavior from both men and women—often from more supposedly ‘enlightened’ walks of life—who have used their power to use and abuse.

How did a situation like Steubenville occur and what does this tell us about society?

1.) We live in a misogynist society. It is improving, albeit slowly.

At few instances are we, as Americans, allowed to look directly into the face of evil. Are these young boys evil, who perpetrated the rape? Not necessarily (they were from broken homes and a permissive community). Their actions certainly were evil. Sexual assault is evil—a crime characterized by control and power. It is glossed over with the same tired excuses. Her skirt was short. She drank too much. She flirted with me. She passed out. I couldn’t control myself.

Yeah, I don’t think so. Bullshit.

2.) We trust our politicians and our scions of industry and our entertainment execs and our friends to teach our kids right from wrong. This is ludicrous.

Parents and concerned citizens, do you think most of these people really care what happens to your kids beyond a healthy bottom line?

CNN can go to hell, in my opinion. The victim had a ‘promising’ future too. Nobody seemed to mention that. But we can only blame CNN so much. Major news networks almost always follow the status quo anyway.

3.) Social networks are detaching us from reality.

We live in a culture that promotes disconnection from others through entertainment, media and social networking. People are pixels and bytes and status updates, not hardly human. We are more self-involved and more narcissistic.

One of the most striking features of the Steubenville rape was an almost-sociopathic sense of detachment from the victim coupled with over-developed sense of entitlement displayed toward the victim. This young woman became a toy, an object to her attackers who carried her, like prey, from location to location. This sort of depersonalization is characteristic of wartime atrocities. It has made its way onto violent video games.

4.) Hook-up culture is rampant in our society, but that old double standard still holds true in many places.

There is a sort of cognitive dissonance. Guys who have sex are studs. Girls who have sex are sluts. The double standard isn’t right and it isn’t fair, but it is very, very prevalent in the American subconscious. Nobody wants to touch that one. Not with a thousand-foot pole. Parents remain mum on the topic. High school sex ed programs, who either hand out condoms like candies or promote abstinence.

Television networks feature hook-up heavy reality shows like Jersey Shore. Self-respect and emotional maturity are in short supply. Men demonstrate their prowess with endless sexual conquests. Women who do not fit conventional standards of beauty are referred to as ‘grenades.’

We live in a throwaway society at times. We pitch everything from Starbucks cups to sexual partners without a second glance. We need to talk with our kids about the emotional complexity of relationships. Respect and concern for another’s needs is an integral part of any consensual relationship. Respect can not be a two-way street when one of the parties is pressured or forced or obliterated out of his or her mind. This isn’t rocket science, but then maybe rocket science is easier to learn! 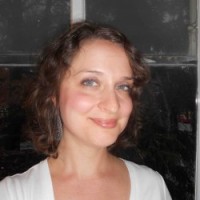