I saw the most inspiring article today, ironically, as I sat waiting in yet another doctor’s waiting room area.

I had just glanced up to view each of my ‘patient counterparts’—all sitting miserably about the room, with varying degrees of less than optimal health—and sadly, many of whom, I recognize from my own previous visits.

Over this past year, I have had more than my fair share of tests and scans and puzzled looks, as I’ve felt my own health gradually slip away. In each of these visits, I’ve sat silently reflecting over each and all of my life’s ‘living’—trying so very hard to determine, where I went wrong.

And always, and inevitably, I am left…frustrated, sad, and very much alone.

But today, was different—instead of focusing on where I may have gone wrong, I read an article about someone who, at one point sat just exactly where I sit today, found a way to make his very own doctor-ridden world right.

The article was about bodybuilder, Jim Morris. At first glance, I assumed this was a man in his late forties—and in the very best of optimal health. Truth be told, there was a smaller part of my much smaller self that actually envied this man—as I assumed this man was ‘gifted’ with this phenomenal health. And then, I realized, I was making the very same mistake so many others made of me, “Wow, you don’t look sick.”

Indeed, not everything is always what it first seems, as there is always a much deeper story to be told.

And, I am so thankful that I read on. In reading, I realized (and was quite shocked to learn) this was not a man in his late forties—rather a man still competing at the age 77 years old, and with the ripped physique of a man half his age. I also learned that he was a vegan—and that this diet decision came about from his own life-altering illness.

Sometimes, I think we find these things just by pure happenstance. And sometimes, I believe it is that the Universe places these messages right smack into our hands. It’s in these moments, that we need most to listen.

And as I flipped through these pages, and read through his words, I realized just exactly what this message meant for me.

Jim Morris attributes his unbelievably ripped physique, and current amazing health to his vegan lifestyle—which began as a gradual transition from red meat in the early 1970s, to a full vegan lifestyle over 13 years ago. Entering his first competition at age 31, when most athletes are beginning their first thoughts of retirement, Jim captured his first title as Mr. New York City. He later when on to compete and win both National and International Bodybuilding Championships—including, Mr. Olympia, Masters Over 60 title when he was 60 years old.

In an era when the traditional bodybuilder’s diet consisted predominately of animal proteins, Jim was certainly one of the very few outliers in the industry. But, he soon realized the limitations of an animal protein based diet—as he watched his counterparts develop life altering, and career shortening, ailments and diseases.

From this point, Jim decided to place his own health above the glories of competition—and in doing so, he’s become an inspiration to athletes all around the world.

Though, he had transitioned mostly to a vegetarian diet—Jim still, as he described, continued to enjoy a ‘treat’ of fish, on occasion. But then, in 1999, and due to a drastic turn of his own health, he made the decision to take matters back into his own hands.

When interviewed about the basis for this decision, Jim revealed:

“In 1999 because of a nerve condition I consulted a cardiologist, neurologist, rheumatologist, hand specialist, acupuncturist, chiropractor and two pain specialists from Cedars-Sinai in Los Angeles. Had a brain scan, an MRI of my neck, another of my entire spine, had an unnecessary carpal tunnel operation, suffered Vertigo from interaction of medications prescribed by several of the above and continued to have the problem. A friend got me in to see the Chief of Neurology at the Norton Hospital in the USC Medical Center who advised me to try to endure the pain and the problem may clear up on its own. Which it did. The horrific nightmare of an experience so terrified me that I determined to do everything in my power to never again fall into the clutches of the Pharmedical Industry. I stopped eating fish and all processed and refined products.”

And the rest, as they say, is vegan history.

As a woman facing my own share of health challenges, and quite many of the same scary scans, tests, and medical uncertainties, I can certainly say that this man has inspired me to make my own full lifestyle change. And, as I sit here pondering over my own ‘way forward’—for the first time, in many long months, I feel empowered.

I’m not suggesting that a vegan lifestyle is the magic bullet and miracle cure for everything and all else that ails us—I’m simply suggesting that there must be a better way. I’m also seeing so very clearly in these pages—the indisputable link between diet and disease.

And, as I make my transition on through to this ‘world’, I will be sure to share my experiences right her. 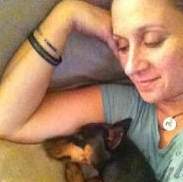