May We Be Free from Suffering. 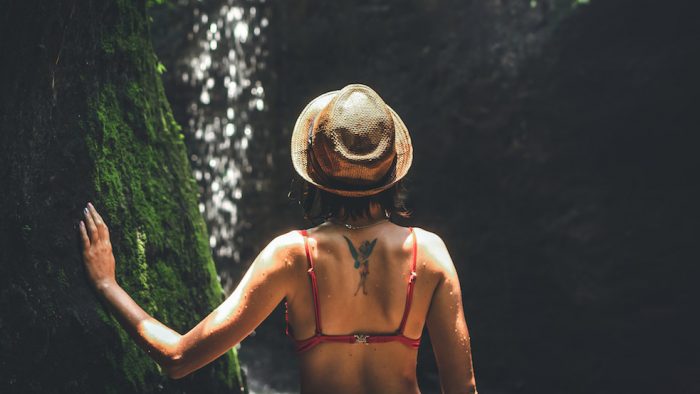 “May you be free from suffering and the cause of suffering.” ~ Unkown

Once upon a time, I was a holder of grudges. I stored up grudges like other people store canned food. If I ever needed to whip one out to win a fight, I always had one handy.

I thought grudges were my only weapon—without them, how could I ever control anything or anyone?

I came by it honestly. My whole family was an accomplished group of grudge holders. All of us were wounded in our own ways, lashing out at each other as if that would ease our pain. There were occasions in my childhood home when every single person gave every single other person the silent treatment for days on end.

Those were fun times around the dinner table.

Not surprisingly, I carried my grudginess over into my adult relationships. Not so much with my girlfriends—I couldn’t stand to have them mad at me because I wasn’t all that certain they even liked me in the first place.

But boyfriends were a different story.

Once I had my claws in them, I ran rampant with the grudge holding. Those poor guys never knew what hit them. Anytime I perceived I had been “wronged”… zing! I had a past offense of theirs locked and loaded as proof that they were a truly sucky human being and if they didn’t kiss my ass and make it up to me I would be fortified with yet more ammo.

Then I met a guy who was better at it than me. No matter what I got mad about, he got madder and suddenly I was the one doing all the ass kissing. I went from bitchy to downright soggy fast. Soon I believed that every single bad thing that happened to my boyfriend was my fault.

Everything. His drug use, his unemployment, our eviction from our apartment, his lack of sexual desire for me and on and on.

As you might expect, I grew tired of feeling bad all the time. It only took me five years to do something about it and leave.

Then, I had the good fortune to meet a man who was missing the grudge gene. Not only did he not hold grudges, he didn’t recognize when others were holding them either. This, I believe, is more common in men than in women—who are often forced by our feelings of powerlessness  to resort to the grudge—but it’s still rare.

I tried my hardest to give him the silent treatment, complete with glaring and internal dialogue filled with anger, anger, anger. He offered to make me an omelette.

When I stomped away, he just went outside to water the bushes, humming a little tune.

Right around this time, I was reading on of my many self help books, the title of which I cannot now remember. It was before I understood anything about Yogic philosophy, but was similar to many books I would ultimately read as a Yogi. In this book, I found a remarkable phrase:

“May you be free from suffering and the cause of suffering.”

The next time I got mad, I tried it—I felt an immediate softening in my heart. I focused my entire energy on the phrase and the people I directed it towards. My anger not only melted away, but was replaced by calm and happiness.

This was one magic mantra.

Over the years, it became my go-to emotional emergency kit. It worked every time. It became a habit, this wishing that we all be free from suffering and the cause of suffering.

Many years after I first discovered its power, I had a private yoga student who was paralyzed by her own anger. She was paralyzed in other ways as well, barely able to walk ten steps to the chair I set up for her to practice yoga in.

After many months of teaching this woman with little result, I suggested my mantra. She repeated it over and over with me, trying to get the words straight. Russian was her first language, so it took some practice before it sank in.

Then I put her into a deep meditation, urging her to repeat the words silently to herself. Her lips moved as she did so, and as she sat there, saying this phrase again and again in her mind, I watched a remarkable transformation take place in her body.

Her head tilted back as if looking up toward the sun, and the tension appeared to melt away from her face. Her shoulders moved down, her hands relaxed and I could see her breathing slow and deepen. When I gently brought her out of the meditation, she opened her eyes and said softly one more time, “May you be free from suffering and the cause of suffering.”

She was at peace.

Like anything, using this mantra to it’s best effect takes practice. The more you say it, the more you feel it—it is the best shortcut I know for diffusing anger and attaining peace of mind.

I offer it with love. Try it the next time someone cuts you off in traffic, or your boyfriend forgets your birthday—and for bigger things too.

Wish that all the people in the Middle East be free from suffering and the cause of suffering, wish it for anyone that’s ever hurt or harmed you, wish it for the families who suffered on 9/11 as well as the perpetrators of those events.

Most importantly, perhaps, wish it for yourself.