A mental break down occurred exactly three months ago.

Feeling tired, lonely, and overwhelmed with being utterly underwhelmed by life and specifically my long distance relationship, I impulsively decided to adopt a rescue pup.

I had talked briefly with friends and my distant partner about the idea, but had yet to put my feet to the ground. After hours of searching, his pictures were loudly calling my name—Jack, a 2-month-old mix with eyes that would eventually melt my frozen heart.

I called the rescue on an emotional Friday afternoon, and scheduled his pick-up less than 12 hours later. He came home with me Saturday morning, and I quickly realized I had not prepared my heart quite as well as I should have.

Our first day together was sweet and cuddly, with consistent quiet gazing up at me, he began our relationship with nothing short of pure gratitude and appreciation. I, in true form, shared dozens of pictures of our morning together, happy to spread the news of my new arrival with the seemingly far away world of friends and family. I remember sitting on the floor in my tiny dining room, watching him struggle to reach his water dish, wanting to help him with a loving nudge forward. I let him figure it out on his own four wobbly legs, and fell deeper in love with my new fur-covered pal as he worked hard to reach his destination.

I had no idea how awful the next two months would be. Unaware of how much sleep I would lose, how angry I would be, and how miserable the feeling of failure in cultivating another creature’s life in what was supposed to be his forever home would end up being.

He ruled my world, in the worst way possible.

In desperation, I reached out to those I thought would be able and willing to help—with advice, encouragement, anything. I was given more tricks and tips than I knew how to handle, and when my efforts fell on deaf puppy ears, I began to get angry, not to mention depressed beyond control. Failure overwhelmed me, and I knew I wasn’t the right parent for this pooch.

Two weeks in, I started to search for another home for him, convinced that my disdain for this animal would surely turn into an even more uncomfortable life for us both. I refused to let him into my space, counted down the seconds to when I could sneak in an hour of rest, and prayed for peace, free of the barking that made me cringe. I gave up emotionally early on, and could not bring myself to like him, even if I knew in my heart I loved him.

I felt alone in my puppy postpartum—everyone I spoke to seemed to be able to push their feelings of despair under the rug, even when the dog had torn through that rug with a ferocity that would make most uncomfortable. “This is a great precursor to kids,” some would jokingly say. Kids? No, thank you. After this disaster, I was fine trudging along in life without needing to be responsible for another human, let alone another animal.

If I would have thought my decision through a bit longer, he would be happy with another family, and I would be, at a minimum, well rested.

In life, we often make decisions based on need in that specific moment. Our heart hurts—we step out on our partner. Our mind hurts—we quit our job. Our soul needs more—we plan a trip, cost and time commitments aside. We feel lonely—we adopt a pet. When we dive into our subconscious decision-making mind for a moment, it is clear to see these choices, large and small, impulsive or well thought out, make up the chain of events that paint the picture of our lives, for better or worse.

This decision to rescue Jack was no different, except that another small, warm, adorable life was now dependent on my ability to provide.

I failed, I thought.

There was no going back, and for an extended period of time, there was nothing more that I wanted. Giving up was the only thing on my mind, quite a departure from where my brain should have been and where my heart should have lead us together. It took months to reach a point of comfort for us both, and in our struggle together, my heart has been broken wide open.

I have realized that I cannot fail him, not in the epic sense of failure I was so concerned about. My depression and sporadic anger focused on his need for me—a feeling I could do without most days. I wanted him to be independent, even at eight weeks old, and it took me months to fully understand his whining and blatant disregard for the words pouring out of my mouth were not a direct hit to my ego. He was learning what was right and what was wrong, and all from my lead.

I still feel unprepared in moments, but have realized that letting go of my naturally selfish thoughts toward the puppy parenting process means a better life for him, and less drama for me.

Months later, I have come to like the little man, again. We have our moments—his bark can be piercing when he is in desperate need of a potty break, and coming home to him having destroyed something that held worth to me is still not pleasant. However, his moments of calm and quiet remind me what love feels like, even when I have a difficult time letting that in.

Happily, I am a dog lover, although it took a moment to remember that. 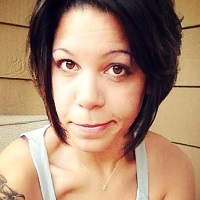