3 Signs of an Emotionally Unavailable Person. 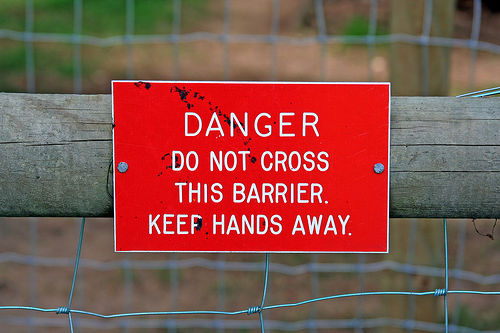 Out of all the emotional vampires out there, being in relationships with emotionally unavailable people is the worst.

Some people who have never had the experience ask, “Well, why did you get involved with someone like this in the first place?”

It’s a fair question and a good one because it points out a common misconception that many have about emotionally unavailable people.

Despite what some think, emotionally distant people don’t always come across that way—at least, not at first. Indeed, many of them are fans of self-help or members of the mind and body community and on the surface appear to be emotionally available people.

They often show great moments of tenderness and intimacy. For the people who end up falling in love with them, that is what lures them in and why they stay. Those moments do not last long.

Therefore, if you are in a new relationship with someone who seems more mercurial than the weather, read ahead.

You may be in a relationship with an emotionally unavailable individual if:

1. There’s a tendency to have relationships with people who are physically unavailable.

Many emotionally unavailable people have a history of long-distance relationships or a habit of falling in love with people they have known for only short periods of time. (Think of the classic, “I met the girl/guy of my dreams on vacation.”) The fact that the person they long for is out of reach is often the spark that keeps the relationship going. However, once they get them—say, the person moves closer to be with them—the relationships tend to quickly fizzle out.

It’s easy to “love” someone we don’t know a lot about. It’s easier not to have to deal with those quirks and faults on a daily basis which over time may end up bothering us.

For the emotionally unavailable, there is the added benefit that they can have some of the perks of a relationship without actually having to be around them most of the time. There is literally distance between them.

This ties in closely to number two on the list.

2.  There’s an unwillingness to commit.

While some immediately think the above statement means: won’t commit to a long-term relationship or marriage, it goes deeper than that. Often, they will not commit to anything, even in the short-term. They may say, “Let’s not talk about the future” or “Let’s live in the present.”

On the surface, statements like these appear reasonable. After all, who can disagree that we should live in the present? While it is nice to live in the present, at some point all of us have to look to the future. If you’ve been seeing someone for a while, it’s not unreasonable to want to know if there is a possibility for a future.

Another big clue may be how often (or little) they say, “I love you.”

While some people are just naturally more comfortable saying the “L” word than others, the emotionally unavailable type may actually get upset even if you say it. When they do say it, often it’s “I love you, but. . . ” (That “but” could be anything from “but I am not in love,” “but I am not sure what love is,” or “but that doesn’t mean forever.”)

If the person in your life cannot say, “I love you” and simply leave it at that, it may not be the sort of love you need or want.

3. They appear insensitive to the needs of others or have highly unrealistic expectations.

Often when the emotionally unavailable person leaves a relationship, there is no warning. It’s common for people on the receiving end to say, “It came out of the blue.” They may also express genuine surprise that you are not happy for them if they are leaving you for another love interest.

I know of one case where a woman who dumped her partner (who had moved across country to be with her) was genuinely surprised that he was not happy when she shared that her new love interest was the greatest person in the world.

Sometimes it seems that they are lacking sensitivity or even basic human empathy but unlike someone who is deliberately trying to be mean or invoke a jealous reaction, they simply do not grasp they may be hurting someone.

In that case, be prepared for the fact that they may never “get” that they hurt you or anyone else. As frustrating as it can be, it may be more useful to try and move on. While it’s good to try to get  some closure and “get it all out,” your closure may be accepting that this is a person who will never get it.

While everyone can be emotionally distant at times, the emotionally unavailable person is a different creature entirely.

Should you find yourself with one of these types, realize that without professional help and the desire to want to change for themselves, these sorts are never going to change because of you.

Lastly, you’re not a failure. It’s likely that others have tried before you and were met with defeat as well.

May you move on to better things, and may you find someone who will allow themselves to be emotionally available to you.

Are You Dating Someone Who’s Married to Their Job?

Finding Freedom From the Pain of Rejection.

Relationship Intelligence: The Key to Picking a Life Partner.