Beyond the Skinny: The Not-So-Medical Effects of Eating Disorders. ~ Sara Rodriguez 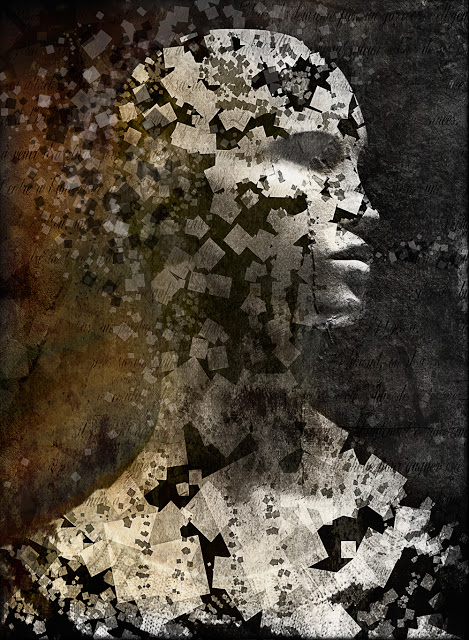 There really isn’t an eloquent way to say this, so I’ll just say it: Eating disorders suck.

We learn all about them in health classes, through the media and by way of observation, often accompanied by harsh assumptions or an underlying tone of glamor—both of which are entirely misleading.

Especially for females, the importance of skeletal and reproductive health is a focal point in learning about eating disorders. We receive constant warnings about the likelihood of developing osteoporosis, the dangers of losing our menstrual cycle due to minimal body fat and the consequences of such problems down the road.

Of course, these medical concerns are valid and must be taken seriously, but what seems to slip beneath the surface is the deeper effect of having struggled with an eating disorder. Even beyond the typical diagnosis of depression that comes with a skewed relationship with food, there is more to the monster than its presence alone.

It’s not just a body we care for or abuse; there’s a person in there—a person with a heart and soul and the capacity for memory.

For a few years in high school, I struggled with fairly disordered eating habits. What began as traits of bulimia nervosa—binge eating followed by forced purging—eventually turned into a stretch of anorexia and experiments with diet pills and laxatives. At my worst, I combined all of these habits to reject food as secretively as possible: I would simply starve myself, and if I was forced to eat (i.e. in a social setting), I plotted my escape to the nearest bathroom shortly after consumption so I could stick my finger down my throat and purge what little I ate. On top of that, I often snuck around drug stores and tried all sorts of caffeinated pills that promised in big bold letters to speed up my metabolism.

Basically, I was obsessed with being empty.

In fact, I was so obsessed that I don’t remember much about those years. I remember seeing doctors, therapists and a nutritionist every now and then and I remember learning how to craft the most interesting lies to appease them, but I don’t remember the important things that I know I experienced. I know I went on vacations, I went to proms, I spent time with beloved family and friends and I have pictures to prove it, but I have a hard time remembering the precious joy that surrounded these moments.

I can’t remember these details because I wasn’t entirely present; I was too preoccupied with my obsession, carefully strategizing how I could avoid eating without making anyone too curious.

Fortunately, I have since evolved into a much healthier person in every way. But to this day, I still feel sharp pains in my chest when reminded of all that time I wasted. They are pains of guilt, shame, regret and utter disgust. I know I selfishly hurt the people closest to me, and I know I’ve tried apologizing; it never feels like it’s enough. Still, I know they’ve forgiven me despite my doubts that I deserved such love. 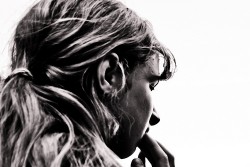 But there is one moment in particular that plays over and over again—instilling more guilt than I can describe—forever carved into my memory as the scariest and saddest night of my life:

It was April 8, 2009. I was a high school junior at the time, and quite possibly in the worst of my eating problems. That evening, my family had plans to go to my grandparents’ house for the Passover Seder. All that was on my mind was finding a way to avoid food, and going with them meant having to eat. Sneaking into the bathroom afterwards would be a challenge, and I remember thinking that based on the layout of the house, they would be able to hear me.

So, I claimed I had a headache and couldn’t go—which very well could have been true, since I had headaches most of the time from starving or vomiting, but the intention was to avoid eating at all costs.

I stayed home alone and laid on the couch all night, starving. Eventually, my family came back. I distinctly remember my mother asking how I was feeling, and then she continued, “Grampy said he hopes you feel better, too. He knows how bad headaches can be.”

Soon after, we all went to sleep.

Then, in the middle of the night, we were woken up by the piercing rings of our house phone—fearful cries on the other end, followed by a frantic rush of chaos.

My grandfather had a sudden brain aneurysm and passed away early in the morning on April 9th.

It’s this moment more than any other that still hurts to remember. On the last night of my grandfather’s life, I didn’t spend time with him because I was too busy catering to my twisted obsession with emptiness. Even in the months leading up to that moment, I was hardly present enough to make my time with him meaningful.

And just like that, he was gone. I often wonder if he knew what I was doing.

I know he knows now.

I’ve never really talked or written about the lingering guilt from that fateful night. They’re feelings I don’t mention because I don’t want people to think I’m “not ok.” More importantly, I fear the judgment that comes with acknowledging just how selfish I was. But in truth, because I am “healed” from the monsters that once controlled me, I feel a sense of responsibility to share this now.

Eating disorders reach far beyond the search for skinny. Their consequences settle even deeper than the physical body; they latch onto the the person who lives in that body, and they stay there for a long time. Those feelings of guilt and shame become constant companions even after healing has begun—even after we’ve been forgiven by those we hurt in our selfishness.

Because the most painful not-so-medical effect of eating disorders that no one talks about is the inability to forgive ourselves.

Almost five years later, I’m still working on forgiving myself, but it’s far from easy. I have yet to entirely relinquish the merciless grips of guilt and shame, but I’m getting there—slowly, but surely.

This monster goes beyond the skinny, beyond the medical consequences of its ugly presence. It goes deeper than the physical body and travels farther in time than the process of healing.

Because even when the body has recovered, it’s important to remember that it belongs to a person. And the person in there has a heart and soul, the capacity for memory and the potential to feel whatever the monster leaves behind.