“Yoga Ruins Your Life” In a Good Way. {Video} 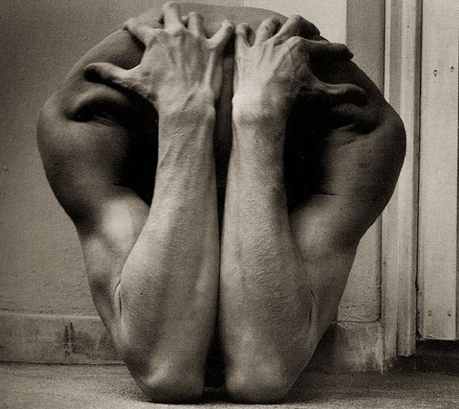 When I first saw the title of this video, my hackles rose.

Yesterday, I had the misfortune of running across another video titled “Yoga Is A Satanic Spiritual Practice.” by “the vigilant Christian, Mario,” an ex yoga teacher and current God-Dude, who feels the need to mis-quote the Bible, disparage all beliefs besides his own, create ugliness where there is beauty, and fear where there is hope.

I watched in helpless bewilderment as Mario suggested all yogis switch to Pilates, because doing yoga is actually making a pact with the devil and “yoking us” to the idolatrous worship of false Hindu deities, which will result in our eternal damnation. He compared the snake from the Garden on Eden to the kundalini serpent, and claimed that awakening your soul is akin to taking a bite of the apple of knowledge, which, of course, caused the downfall of mankind.

Normally, I am able to brush such proselytizing off as insane, (and this was), but sometimes it is also extremely frightening.

In this case, the video was posted by a yogi friend of mine on Facebook, who felt that Mario was making a lot of valid points, and who then decided she needed to relinquish yoga—a practice which she admitted had brought immeasurable positivity into her life.

I chewed on this hate spewing blog and all its Batman-esque music and graphics for the next 24 hours, coming up with rebuttal after rebuttal, but knowing that, at the end of the day, people like Mario always have to get the last word, and entering into a dialogue with them is like going into Thunderdome and expecting to come out the winner.

Also, as another friend of mine noted, Mario clearly wasn’t interested in discussion, as he disabled the comments link at the end of his piece.

So I was already in a defensive state of mind when this other post popped up; “Yoga Ruins Your Life.”

I clicked on it with a not-very-peaceful-warrior jab of my forefinger and braced myself to be agitated all over again. Imagine my surprise when I quickly realized this video was the opposite of what I had envisioned.

The narrator, Richard Freeman, is pictured teaching a Mysore class, and his voice (unlike Mario’s cryptic, accusatory tone) is centered and rich with calm. The whole video is a simple collection of gorgeous shots of students diligently practicing Ashtanga Yoga while their teacher articulates how yoga changes those who practice it.

He tells us it makes flying in airplanes much more annoying, because of the terrible seats which compromise our hard won alignment, that buying shoes is impossible, because we can no longer be satisfied with an unnatural constriction of our feet, that our work ambitions become hopelessly compromised because we like ourselves and our co-workers so much more that we’re ruined for cutthroat capitalism, and that buying clothes begins to seem silly when all we really want to wear is our comfortable yoga stuff.

Of course, he is speaking tongue in cheek, but what yogi hasn’t experienced this shift, where the stuff of “normal” life begins to feel uncomfortable, unrealistic and slightly ridiculous?

As yogis we are given an opportunity to express love, delve into peacefulness and accept ourselves on a routine basis and this most certainly changes the very fabric of who we are.

We no longer need priests or dogma—we come to realize the whole universe is within us and that we can access everything we desire directly without any middle man. This is an empowering epiphany, which—because we normally equate power with the ability to dominate—has the counterintuitive effect of making us unwilling to fight.

As such, it was with immeasurable gratitude that I watched “Yoga Ruins Your Life,” which stands as a far better response than I could ever dream up to all the Marios of the world. Though one was not meant to answer the other, still, the beauty of yoga has been elegantly explained and defended.

Yoga has ruined my life, my old life that is, the one where I felt anger and fear more often that I felt love and happiness. My intention is to keep practicing until I can watch something like “Yoga is A Satanic Spiritual Practice” with the same equanimity that I can watch the sun rise, and offer a smile and a prayer of peace for all those afflicted by the only “evil” in the world, which is fear.

Photo: Dreaming in the deep south/Flickr