5 “Healthy” Foods that Aren’t that Healthy. 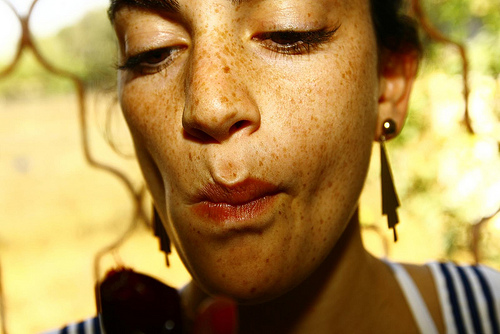 Some folks are (understandably) p’d off about this article. It strikes at the heart of many of our favorite healthy stuff, and as always nutrition is a matter of debate and sourcing. Here’s two other folks we respect and like, who nevertheless share controversial info on health: Dr. John Douillard, re Ayurveda; and Dr. Mark Hyman.

*Disclaimer: Elephant Journal articles represent the personal views of the authors, and can not possibly reflect Elephant Journal as a whole. Disagree with an Op-Ed or opinion? We’re happy to share your experience here. This website is not designed to, and should not be construed to, provide medical advice, professional diagnosis, opinion or treatment to you or any other individual, and is not intended as a substitute for medical or professional care and treatment. For serious.

Eat this. Don’t eat that.

It seems that every day there are new things added to the above lists. Much like fashion, food is also subject to being “in” or “out.” (Remember the pomegranate juice fad from a few years ago? It seemed like we couldn’t pick up a magazine without some article touting yet another supposed benefit.)

As someone with a family history of Type 2 diabetes, I have more reason than most to be careful about what I eat. Almost 10 years ago, I received the shock of my life that despite eating well, being in what I thought was great shape, and having a healthy BMI, I was actual “pre-diabetic.” In other words, my blood sugar was much higher than it should have been. Thus began my crash-course in nutrition.

Of all the things I learned, I was most surprised by how many so-called healthy foods actually were not.

While many of them were not unhealthy in and of themselves, they nonetheless were not the superstars that I and others were led to believe.

Below are five surprising foods that made that list. Some of them are my personal favorites.

While none of these are “bad” in and of themselves, their supposed health benefits have been highly overrated.

It seems it’s impossible nowadays to walk into a yoga studio and not see bottles of kombucha for sale or someone taking a swig from one. For some reason, despite the fact that yoga originally comes from India and kombucha from China, the two seem to go together like love and marriage.

Many tout kombucha as some sort of panacea and claim that it can relieve joint pain, give more energy, etc. While those so-called benefits are debatable, one thing that is for certain: kombucha contains a lot of sugar. In fact, sugar is kombucha’s magic ingredient. Without it, one cannot make kombucha.

The average eight ounce serving of kombucha contains at least four teaspoons of sugar. While this is less than the average soda, it still is a lot especially if you are chugging vast quantities of it. 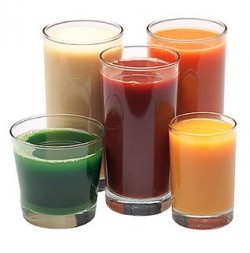 Much like kombucha, juices have a reputation for being able to cure a number of health woes. Plus, they taste great and when we sip them, many of us just feel like they we contributing to our overall health and well-being. What’s not to love?

Well, plenty. Many fruit juices tend to be loaded with sugar. One health expert recently said, “[T]here has been more and more evidence that sweet juices are basically just fructose, and have a similar effect on the body to . . .  soft drinks in terms of sugar.”

Also, while many claim we can get our full recommended allowance of fruits and vegetables by juicing, the truth is we don’t get the fiber found in whole fruits and veggies. (Fiber does more than keep us regular. It also plays a huge role in regulating blood sugar.)

If it sounds like juicing is a total no-no, then that’s not true. Those that love their juices need not despair. Portion size is key. Therefore, much like those that love kombucha, keep the amount in mind and don’t over-consume throughout the day. As someone who prefers extra virgin olive oil on her toast instead of butter and uses gallons of the stuff each year, I feel like I am committing a sacrilege by even including on the list.

However, while olive oil is full of “good” fats, it is nonetheless, still high in fat. (One teaspoon contains 4.5 grams of fat.) I’ve actually known a few people who thought that ingesting a teaspoon or two of the stuff a day gave them the freedom to eat other high-fat/high calorie food without consequences.

Also, when heated beyond its smoking point, which is approximately 375 Fahrenheit, “olive oil oxidizes into cancer-causing oxygen radicals like ketones, peroxides, aldehydes, and hydroperoxides.”

Therefore, when it comes to cooking at high temperatures, coconut oil may be a better option. However, like olive oil, coconut oil is not a “miracle” oil either.

When I was in my 20s, I gave up white rice exclusively for brown rice. I would sigh whenever I went out to eat and saw people loading up on the former. Didn’t they know what a high glycemic index white rice had? Wasn’t I doing my body so much good by eating the brown stuff?

As it turns out, the glycemic index in brown rice is only slightly lower than its white counterpart. (55 vs. 65) While brown rice does have more fiber and more B vitamins, its relatively high GI index may still be a problem for people like myself who have to watch their blood sugar. (In fact, one of the first things I did to get my blood sugar levels under control was to drastically curb my brown rice intake.)

There are many other grains to chose from—quinoa for example—with a much lower GI index and more nutritional value.

When I was growing up and heard the word “health nuts” I immediately thought of people who put sprouts on everything. Even though they were never my cup of tea, I nonetheless heaped them on my salad while telling myself the benefits outweighed the taste.

It turns out I may have been wrong.

Some experts have claimed that sprouts are the “riskiest food sold in retail.” They are often contaminated with bacteria including salmonella and listeria. Legendary herbalist/author Susun Weed writes in her book Breast Cancer? Breast Health! that she avoids sprouts because they contain a “staggering amount of carcinogenic natural chemicals” that are produced by sprouting plants trying to protect themselves.

Bottom line: if you don’t like them, then all the more reason to avoid them.

As I learned, eating healthy is a lot easier said than done.

While most of us know that fast-food generally isn’t healthy for us nor are tons of sugars and fats, we can become confused by the various health gurus and celebrities claiming that (fill in the blank ) food is the latest miracle. The truth is, we need to take most of these claims with a big ol’ heaping of salt.

Just because something is natural or has originated in a certain culture does not mean it is necessarily good for us. In some cases, especially for those of us with underlying medical conditions, vast quantities of them can be downright detrimental.

Hopefully, it won’t take a health scare like mine to make you aware of nutrition. While none of us should research every morsel of food that goes into our mouths, taking the time to do some research on the latest trendy/miracle food may save you money and protect your health.

Also, it can help us avoid foods we truly do not like but think we “should” ingest because the health benefits are worth it.

Ten Things that are Bad for Us that can be Good for You if Practiced Mindfully.

It’s More Than What We Eat: 12 Ayurvedic Tips for Healthy Eating.