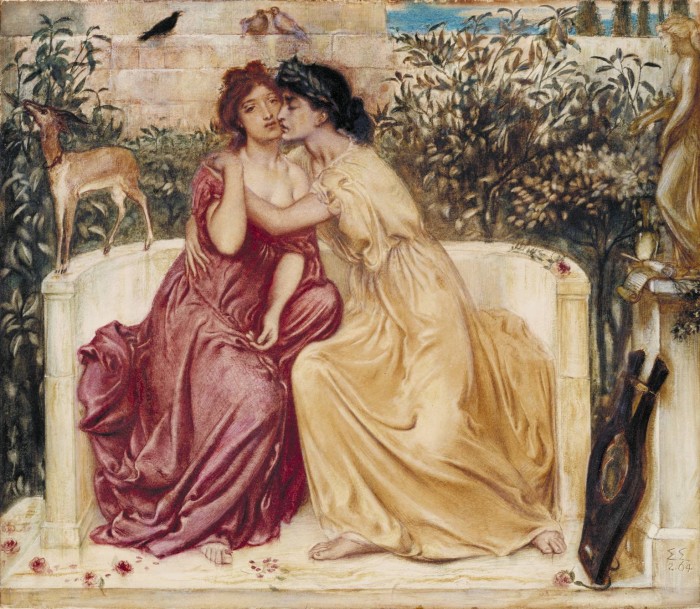 How much do we really know about gay culture?

Do we truly dig deep, or do we allow ourselves to be satisfied with flimsy stereotypes—the gay man with a lisp and a boa, the gay woman butchy in flannel—calling it good enough?

It has always been the responsibility of the majority to educate itself about the underrepresented group: those with white privilege must work to understand life beyond their experience, those with male privilege must do the same, etc.

So it follows that those who identify as “straight” in our current heteronormative culture are tasked with ever-developing our understanding of the gay community, even as the gay community discovers itself. Knowledge in the mainstream is generally slim—shortly after my best friend Victoria came out as gay, I remember the frustration and isolation in her voice as she asked me:

“Where do I go? Where do I meet other women? Where is my community?”

I believe it’s an issue that answers to these questions aren’t readily available.

And so, I recently sat down with that same friend, asking her to share insights and experiences from the journey of claiming her sexuality:

Tell us about your coming-out experience.

I never consciously fought homosexuality. I simply wasn’t given the tools to identify and articulate it, or the vocabulary to work through it. Without those things, it’s impossible to own it and make it a part of who you are.

In a way, I always knew it was there. I was always attracted to women, but an eight-year-old would never word it that way. I didn’t know having that impulse toward women meant anything; it wasn’t discussed and I didn’t have the outlet to express it, especially growing up in a religious family where the assumption was that I was going to date men. That’s how it went for the rest of my development and whenever I thought a guy was really cool, I assumed that’s what a crush meant.

As is true for many people, it was in early college that I had the space to explore ideas outside my upbringing—religion, philosophy, sexuality, etc. There, my physical desire for women became more clear, but I largely dismissed my sexual interactions with women as an experience like going to your first party. It was something that could happen, but it wasn’t how I identified myself.

In the following years, I had two serious relationships with men. These were good guys who were good boyfriends. In all conventional senses, they were supposed to be the “right” ones—they were attractive, we enjoyed spending time together, etc. All those bullet points we look for in a mate were accounted for, but those relationships were never satisfying and I didn’t feel that they contributed to my becoming the person I wanted to be or to making me happy.

After my last relationship, I started dating women exclusively. Immediately, even in casual dating with women I had no background or emotional connection to, it was clear to me that I felt much more at home and more comfortable in my own skin. This was true in a way it had never been in my relationships with men.

Once this was evident, I was actually anxious to tell people. The internal struggle of accepting my sexuality was a much more difficult process than the external act of coming out. This isn’t true for everyone but it certainly was for me, and for my current girlfriend as well. For us, once the piece was put into place, it felt so good that we wanted to share it.

I told my parents last, and they were the most difficult. We had a brief conversation in which I did almost all of the talking. I would have preferred even a dialogue that was negative rather than no dialogue at all; instead I was met with a complete shut-out, as if the conversation had never happened. Many months later, my mother has only mentioned it once and my dad has yet to bring it up.

In general, though, I was fortunate to have a lot of support from the people in my life. Sexuality and identifying as gay are big parts of who I am, but they don’t singularly define me so I didn’t think it would be the reason why anyone would reject me.

Have your understandings and perceptions of love changed since claiming your sexuality?

For as long as I can remember, I’d doubted the existence of true love. I had very little faith in the possibility of finding a love so moving that it would cause me to want to partner with a single individual for the rest of my life. Perhaps that cynicism was attributed to the fact I had witnessed so many failed relationships, or maybe it was because I’d seen so many “successful” relationships that left both people involved entirely unhappy. Regardless, I viewed falling in love as a weakness and I equated long-term relationships with settling in life.

I realize now that my doubts and cynicism were not merely results of outward influences but also a direct product of my inner discord.

I was on the wrong quest. People often told me, “You just haven’t found the right guy.” In reality, my search for love with a man was a search that would never yield results. I felt like a hamster in a wheel; the search for love seemed both pointless and inaccessible. I now know that’s because what I was searching for wasn’t in line with who I am.

Sexuality is about so much more than sex; it shapes how we identify ourselves and how we interact with the world around us. When that part of ourselves is in sync, we are able to create a much clearer picture of ourselves and who we are in the world.

So now, having figured out what I want is so satisfying. I am connected with myself anew, I can articulate what I want and figure out ways to get it. Love feels like something I can have, and something I do want.

Keep an eye out for future discussions with Victoria! We will explore misconceptions, frustrations, and more. If there are any topics you’d like her to address, feel free to leave questions in the comment section below.