Making Sense of the California Shootings. 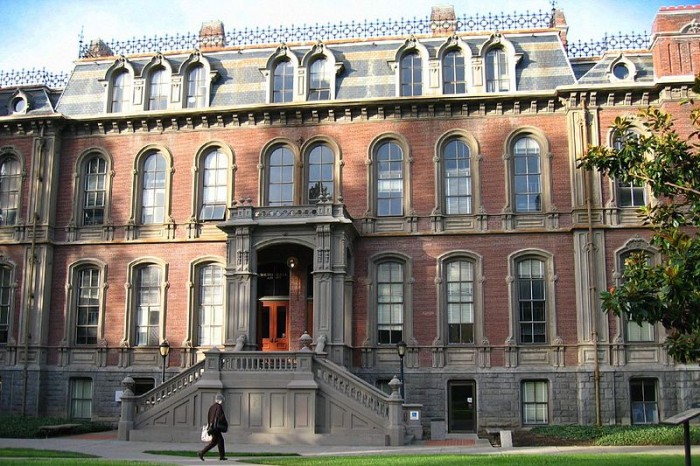 Within hours after the world learned about Elliot Rodger and his horrific killing spree which left six dead, the media already had a name for him:

As word of his chilling 130-plus page “manifesto,” along with video clips he posted of himself and his misogynistic posts on various chat boards became known, some in the public and the media determined the reason behind the senseless killings was caused by his rejection by women.

As a result, celebrities like Lena Dunham and Aimee Man, as well as everyday people took to Twitter, Facebook, and other social media sites to demand an end to misogyny and violence toward women.

Speaking as a feminist, I cannot disagree with the fact that Rodger said and wrote many misogynistic things. I would love to see the end of misogyny, misandry, bigotry and every other type of hatred in the world.

However, to quote a recent article by New York Magazine: there is a difference between misogyny and mental illness.

Details are still emerging but so far, this much is known is about Elliot Rodger: he had been in therapy since the age of eight; two of his roommates who were later killed by him had expressed that they did not want to room with next year because of his “odd” behavior and in addition to hateful comments toward women, his manifesto also included rants against Asians and others. Lastly, his divorced parents were so worried about his recent behavior that they were on their way to see him Friday, when they heard news of the shooting and worried that he was involved. (It was also reported that the parents had tried-unsuccessfully-to have him involuntarily committed. )

All of this paints a far more complex picture of Rodger than what was originally reported. While I have no idea what was really wrong with him nor am I going to speculate, what is clear is that Rodgers was not “well” by anyone’s description.

As I was channel surfing last night, I came across an interview on CNN with a therapist who treats severely mentally ill people. He did not treat Rodger, but read his entire manifesto which, in his expert opinion, came across as more of the delusions of “a literal broken mind” than a manifesto.

He also went on say that Rodger had more of a vendetta with humanity in general rather than particular groups of people.

When pressed by host Don Lemon specifically about the things he wrote about women, the therapist replied, “With all due respect, when you cherry-pick certain things he wrote, it comes across as far more coherent than it actually is.”

As I listened to the interview, I wondered why some in the media and the general population wanted to ignore or downplay the role that mental illness may have played in these killings.

In one way, it makes sense. Blaming something like this on someone’s inherent “evilness,” misogyny, racism, etc. is in many ways far more comforting than trying to understand something as complex and mysterious as mental illness.

Much of that scariness comes from the fact that mental illness and specifically, whether or not we or someone we love suffers from it, is not something that we have have control over. As a society, we want control—or at least the illusion of it: we want control over the professions we choose, the places we live in, who we chose to partner up with, and even in some cases how we die.

While many forms of mental illness can be treated and managed with various medications and/or therapies, it’s still unnerving to think that we could one day have it or that the cause of it—like schizophrenia, bi-polar disorder, or some forms of depression—could be a result of biology and nothing any of us “did.”

Case in point: when I was diagnosed with severe depression in my late teens/early 20s, even some well-meaning people refused to believe that my depression could be the result of a chemical imbalance.

Indeed, I was even told that I could “snap” out of it if I changed my way of thinking. Even though that simply wasn’t the case, I found it impossible to get through to them.

Likewise, when I suggested in a Facebook post that mental illness, rather than misogyny, may have been the main motivation for Rodger’s killing spree, one person commented that they didn’t think “it does the mental illness and health care community any favors to reduce this to a conclusion that he did this ‘because’ he was mentally ill. Mentally ill people are not necessarily predisposed to violence, much less is violence an inescapable conclusion of mental illness.”

While the commentator was right about the last sentence—mentally ill people are actually more likely to be victims of violence than perpetrators—I do think that both the mental illness community and health care community benefits from having it known to the general public that sometimes, mentally ill people can do very bad things especially when they do not get proper treatment.

Just six months ago, my local community of Central Virginia was rocked by the news when Virginia State Senator, Creigh Deeds, was stabbed in the head and chest by his son, Austin aka “Gus,” who later shot and killed himself. 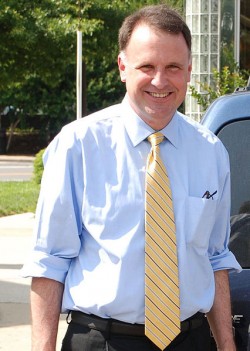 In an interview some months later with 60 Minutes, Deeds talked about his son’s struggle with mental illness, and his failed attempts to get him into a psychiatric facility because no beds were available. As he put it, “The system failed my son.”

Given the cuts in funding, facilities, etc., it’s hard to argue against that.

The fact that both Elliot Rodger and Gus Deeds were both upper-middle-class and relatively well-connected with  parents who seemingly took the right steps should leave us feeling all worried: if they can fall through the cracks, then what does that say about those of us who aren’t as privileged or don’t have families or loved ones as involved as those respective men?

In the end, I don’t know if it is ever possible to prevent tragedies like these from ever happening. However, a good way to greatly reduce them is to try to bring awareness to mental health issues, lack of funding for mental health services, as well information on warning signs.

Unfortunately, this is going to take more than going to social media and using a hashtag to change this or any other problem our society faces, including gender discrimination.

However, these are fights that are well-worth the hard work.

Better that than to wake up a few weeks or months later to yet another story about senseless murders at the hands of a troubled individual.