This Why We Lie. 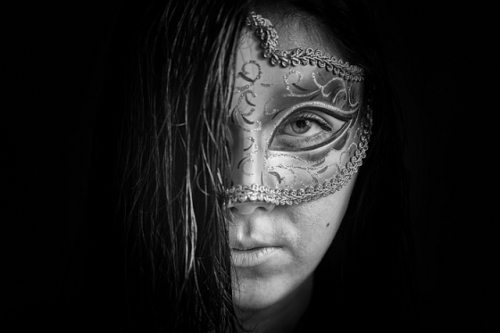 As someone who reads a lot of books both for work and for pleasure, I read one that has stayed with me much longer than I expected.

The book in question, a humorous tome called Good Advice from Bad People: Selected Wisdom from Murderers, Stock Swindlers, and Lance Armstrong by Zac Bissonnette, confirms something that I have thought for years: namely, that many self-help gurus, memoirists, and other public figures lie about themselves.

I am not talking about slight exaggerations but outright, blatant lies and/or “truthisms”  that themselves cannot and do not follow. (For example, one of my favorites is a 1990 quote from Jose Canseco and his take on steroids, “Don’t use them. . .Only a fool becomes drug dependent. Fools have no chance to become stars in baseball.” Fast forward 15  years and Canseco not only admitted to using steroids throughout his baseball career, but actually credited them for his success.)

While James Frey is probably the most notorious “faux memoirist”, he is far from alone. Just doing a Google search of the words “false memoirs” yielded a bunch of results including many that had received widespread critical and commercial success at the time of their release. Also, even in cases where some memoirs weren’t all out fabrications, several well-known public figures have made claims that turned out not to be true. (For example, anti-landmine and animal right’s activist,

Heather Mills who is best know for being the ex-wife of Beatle Paul McCartney reportedly had to pay a settlement to a former schoolmate whom she claimed in her 2002 autobiography had been kidnapped and sexually abused by a high school coach. The former schoolmate denied the former ever happened as well as the claim that the man later killed himself by driving off a cliff.)

While a cynic may say that the reason why so many lie about themselves and in some cases, even others, may be all about wanting attention or in the case of writers, wanting to sell more books, the answer goes deeper than that. As I was preparing to write this piece, I thought about the lies I have told over the years as well as those told to me and in those cases, there was no desire to gain more attention or sell anything.

My strikingly simple conclusion is that the reason why we lie-especially when it comes to those “harmless” little white lies-is to make ourselves seem more interesting and/or to convince ourselves and others we are the persons we would like to be.

The fact is, most of use are not as interesting as we think we are. Many of us hold ideals that we fail to live up to. Neither of these are necessarily a bad thing. (In the case of the latter, it could be a reminder that we are human.) However, for many of us, especially those told by well-meaning family members and loved ones that we are special, unique, etc. accepting either or both of these things can be a let-down.

Interestingly, even those who say they can strive for the truth can fall for this.

For example, a few years ago, I was advised by more than one person I admired in the local mind/body community to capitalize on my East Asian heritage as much as I could and present myself as more spiritual. (It was even suggested by one that I should claim that I came from a long time of traditional Chinese healers/scholars.)

When I pointed out that actually I wasn’t spiritual at all and my Chinese relatives were in fact mostly urban-dwelling moneylenders and gambling hall owners, I was told to “stretch the truth a bit”. One was even more blunt and said that no one would ever know if I lied.

However, I couldn’t do it because I generally don’t like lies. Lest anyone think I am trying to present myself as hoiler-than-thou, I am not. The truth is, lies are much harder to keep track of than the truth. Even the best liars slip up and most are caught. Plus, as someone who spent years working in a law firm were everything was documented and how has seen many people both famous and non-famous caught in lies thanks to the magic of the internet, I have no desire to be called out someday for some “harmless” lies I told in all an attempt to simply appear more interesting than I am.

Recently, I thought of that when Maya Angelou passed. Lest anyone think that it is an odd connection, I should explain that I am an alumnus of Wake Forest University where Dr. Angelou taught. She was by far the most famous person on campus. My on-campus job was located right next to the auditorium where she held her popular American Poetry class, and I saw her quite a few times. I even heard her speak a couple of times. However, I never got around to taking a class with her unlike many of my close friends some of whom went on to have close relationships with her that continued right up until her passing.

For a brief moment, I thought, “How cool would it have been had I taken a class with her?” However, it never happened. Lying and saying I had would not have changed that.

As I reflected on that, I was reminded once again by the how most of the time when we lie we are doing so to appeal to one person in particular: ourselves. While most of us may never go on to become well-known for our lives or accomplishment, the truth is we are all interesting in our unique ways when we stop to think about it. When I think of my own “boring” life-which would never make for best-selling memoir material-sometimes I am stunned by just how interesting and strange it really is. The best parts of it are stuff that I could never have made up in a million years.

In the end, if we could all keep this in mind and tell our (true) stories for ourselves alone to enjoy, maybe we could be more honest about ourselves and life in general.

In any case, I am trying my best to restrict the fiction to my choice in reading.