What I Learned When I Lost My Meditation Virginity. ~ Natalie Fehlner I tried meditating for the first time last week and, well, it worked.

In fact, now that I know what can come of it, I might be changed forever.

I just sort of laid down on my back, closed my eyes and started telling myself all the things I’ve learned from meditation believers, and with each new thought I relaxed my body more and more.

There’s nothing to be afraid of losing because we actually have nothing to lose.

Money can burn like paper, possessions are easily lost or stolen, even the people you love more than anything could be gone tomorrow.

The past is gone and the future is a mind projection.

We should love anything or anybody outside of ourselves but all we really have is ourself, here, now in this moment.

I’d been fighting with the boy I’d been seeing for a while and hadn’t talked to him in two days. When he popped into my head I reminded myself that I would deal with that in my own way on my own time. Then I told myself to just be.

Immediately, I felt adrenaline. I think it’s because it’s scary to really let yourself detach from everything.

All the sounds around me became distinct and then my eyes focused on the backs of my eyelids.

Then I was asleep. I have no idea how long I was asleep, or unconscious, or whatever I was—maybe 20 minutes?

And I don’t remember any dreams. When I woke up I realized that all the colors in my room were bright. I looked over and saw my rings on my windowsill and felt that the angles formed by the way they were sitting were picture worthy.

Then I realized the ripples in my pillow were too, as well as the electric chords hanging down from my table.

I had the idea to get up and Instagram everything in my room but didn’t have any desire to rush or capture and attach to anything so I just laid there appreciating how it all looked.

When I sat up, my relationship immediately popped back into my head but I wasn’t angry anymore. I felt sadness. But it was different.

I wasn’t trying to run from my sadness.

I wasn’t trying desperately to find a way to fix things.

I wasn’t thinking of all the things I thought he did wrong and how I need to tell him so he can fix them, and fix my feelings and make me feel better.

I wasn’t trying to escape it and I wasn’t making him the only rescue line.

It was just pure sadness.

The day before I had jotted down a couple of things I wanted to tell him once we had cooled off and weren’t angry:

But I’d completely forgotten about those things, or they were just gone from my head and everything rushing into my head was:

“I apologize, I chose to, I’m sorry, I was acting out of pain and it was wrong, I’m deeply sorry, you don’t deserve, I understand…”

And I sent a long text. But there was no hope, no agenda, no expectations towards him. No he ‘should’ be this or that now. I remember being a little afraid to send it but I knew that somehow I wouldn’t be mad if he wrote something back that was angry or blaming.

I knew that it was my decision to take that risk and I did all I could do. Then I sent it and dropped it from my mind. I didn’t check my phone once.

I stayed in this state for two days.

I noticed a lot of things during this time.

I performed mundane tasks with awareness, care, and clarity, even walking. Temperature and hunger seemed to have less of an effect on me. I was never rushed or stressed.

When left alone with my own mind—for example, just sitting on the train—I actually controlled my thoughts. I chose what I wanted to think about, and no past stress or future possibility came into my head to haunt me. I’d think of something, solve it if it was a problem or put it from my head if it there was nothing I could do right then.

I wasn’t chewing on the inside of my cheek or picking at my face.

Other women didn’t seem like competition at all. In fact, the whole idea of competition seemed silly.

I wore no makeup, without hesitation. But there was no sense of accomplishment or achievement in it, I just didn’t need make up. In fact, during all of this I never felt “better than” or judgmental or cynical because others weren’t acting like I was.

I was just being a being, clear and at peace.

It’s somewhat comparable to the difference between when we were bullied as kids and how we’d react to it now. Most of us would probably laugh at what was said to us then. And because we’re confident now and like who we are, we’d possibly even feel pity for someone that was so immature and pained inside. It’s not a perfect metaphor but it’s similar in that the outside can’t ever take or touch what we have inside.

During those two days I also only checked my phone for specific things that needed checking and I wasn’t using it for escape.

I was able to meditate and actually fall asleep without thoughts or fears filling my head, which is the only healthy solution I’ve found for falling asleep quickly in 27 years.

I was more honest and didn’t find myself thinking of excuses or second guessing any of my actions.

My eyes felt more open and I felt aware.

I believe this is our natural state, and unfortunately it seems almost impossible to access in this kind of society.

When I went to see this guy the next day, it was not like I’d even been after a fight.

While waiting for him to get off work, I was just sitting in his cafe noticing how the ceiling looked for the first time. I wasn’t afraid or upset that it happened. I saw him and I felt happy.

We ended up talking for hours and I noticed that I wasn’t getting defensive of anything anymore. I felt responsible for all of my feelings and I didn’t feel the need to prove that I wasn’t not a “push over” by getting angry.

He even ended up offering his own apologies for a lot of the things that I’d written in my original list. I’d never felt so caring and close to him.

Some people believe that God is like a current and we are all conductors of that current which brings us to life.

If we could all just stop for a moment and eliminate all the static and background noise then God really can come through us. Animals and plants must do this every day of their lives, and with our intelligence, we have the potential to become something remarkable and truly transcendent.

After my experience, I think that this way of looking at things is not too far from the truth. Whether or not I believe in God in a traditional sense, something to that effect seemed to be happening to me.

Even after trying to explain what I experienced, the words can’t compare to actually being there. All I can do is say that it’s peaceful, natural and real, and that I was actually the person I’d always wished I could be.

So what I’ve learned is this:  eliminating outside attachments and just being with yourself, even if it’s for a little while, somehow consumes you with self worth. And without any voids to fill from the outside, you in turn become selfless. 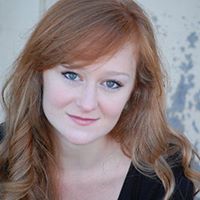