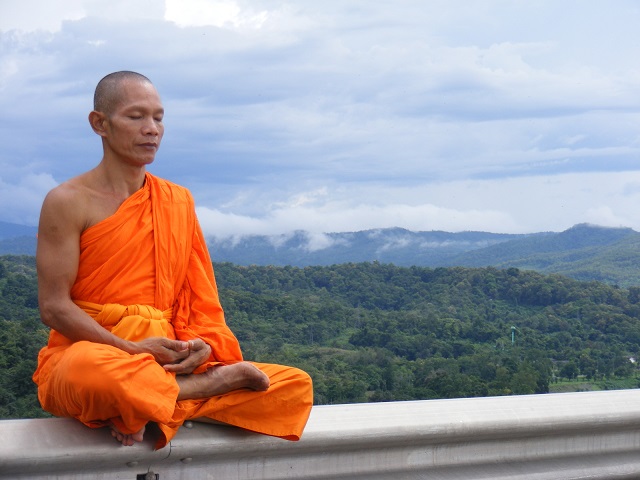 I find myself once again following the scent of life and where it may lead.

On board a journey of sharing experience through educating on yoga and neuroscience to curious minds.  I could say that since embarking on the yogic path I have striven to live freely, remaining open to the currents of consciousness and their pull into the depths of what is possible.

Since I began my university studies in neurobiology and anthropology, I always asked myself what it would mean to fully embrace being human.

This inquiry continues to this day as a deep desire to experience life in a most complete way—to live in wholeness. Upon feeling into the question, there arises a sense of opening up to possibility for growth. What is over the horizon?

With raw possibility comes an invitation to part with some aspect of identity in order to make room for what is to come. If we carefully observe the nature in which we are enmeshed, we may see that to be more fully human is in a sense to be a skillful participant of surrender.

An attentive examination of the development of the brain evinces this reflection.Growth can be defined as a transaction between the present state and some potentiality. During neurogenesis (the birth of brain cells), a budding neuron requires biological growth factors (nutrients) from the surrounding environment to acquire new features, whereby a previous condition is exchanged for a newer and often more refined one.

The first condition exhibits a tendency to preserve its order and function until it reaches a critical point in which its condition is surrendered piece-wise or en masse unto the emerging force of the new whole (eg. a new set of neurons). For these cells, this growth through self-organized criticality is a process—it is happening rather than existing as a series of discrete frozen events.

The human cognitive faculty does mainly two things with this process: (1) It takes this harmonic stream of what is operating like a verb and converts it into a divided series of nouns, or fixed states, and (2) it grips onto some state (the noun) in an attempt to preserve it, increasing its perceived density.

What are by the laws of nature impermanent states of energy then become, through the acts of mind, objects of fixation.

This phenomenon is observed not only in the minds and dispositions of scientists and over-thinkers (although it can often be quite pronounced in them, I have found, because I have fallen into both camps at one point or another and had them as my peers)—but also in the average and even the most educated and intellectual of human minds.

It is not to say that the nounal objectifying disposition of mind is a total illusion—on the contrary this operation is an abundant pluralization of an otherwise unvaried unit that fosters diversity and beauty. Nonetheless, the gripping action proliferates and has a tendency to quaver, or trip up, the equanimity of awareness.

By default, the human mind sabotages its own growth by gripping and thus attaching itself to what is inherently fleeting. This is the illusion.As there is gripping, there is an increased general tendency for living unaligned with what is a more precise and subtler truth. Mental real estate is occupied by squatters, circuitous self-limiting perceptions and concepts that no longer merit the space and resources they occupy, resources which are actually being awaited by new prospects.

What ‘growth factors’ have yet to be welcomed?

Where is there gripping?

Where is the sense of the ‘me’ located and felt?

The hallmark of growth is the surrendering of held perspectives. Once having stepped into the current of surrender, an elevated level of human functioning, the new question becomes “What is there to offer?” Awareness is stabilized in the active engagement of Nature’s algorithm for change: creation, sustainment, dissolution.

What is already occurring is hacked by a scrupulous examination of its workings. Hacking is simply finding out how something really works and seizing it for some purpose. What is the purpose? To become a more skillful pilot of this vehicle, this body-mind complex, and to navigate it in a way that takes ever greater responsibility for itself and its environment.When embarking on new travels, many novel circumstances be harnessed to test one’s strength against the grain of mind’s tricks, and to thus invoke a corresponding inner journey toward a more noble Truth. It is accepting the invitation of a Higher Potential to plunge into the deep current of a spiritual process, the same way Nature exhibits Herself in the elegant self-organizing process that drives biology.If a contemplation or scientific explanation doesn’t have import into actual experience, it is limited in its effect. As the Indian yoga Master and scholar Dr. Svami Purna has said, information must become knowledge—much like a reflection on neurogenesis can reflect the workings of our own mind when viewed with a clear eye—otherwise it becomes a burden to growth at the end of the day.

This was a discovery I made for myself upon reflecting more deeply on the limitations of the logical-rational mind.

It is possible to conduct any scientific study to produce some result because of the dependence of the method on the person(s) conducting it and interpreting the results, as well the tools used. It is easy to overlook this if one is ensconced in the mechanics of the science itself.

As much as information has its appropriate place in observation and scientific thought, it must be absorbed as felt experience for it to actually integrate into the emotional body and be brought onboard in everyday life.

It is critical to take into account the impact that the active filter of perspective has on perception. Accordingly, perspective can be liberated from gripping when the mind (and its contents) is allowed flow as a process rather than as contraction around an aggregate of crystallized beliefs and precious assumptions.

When there is a steady current, the sticks and stones surrender into its graceful stream and the mind becomes tranquil. Here, the diversity of objects passing through mind are not perturbations that befall our awareness, but rather an empowered garland of conscious and appropriate choices.

What is there to be offered?

Every frozen self-limiting belief onto which we grip with certainty, that is but an artifact of mind.

Here, in the nexus of sincere longing for subtler layers of truth, of a humble receptivity to learning from the way of Nature, and an interest in the growth that follows, is where yoga happens. It is in this familiar place of stationary travel that I abide. 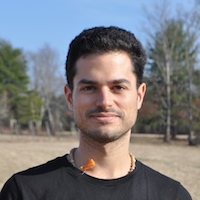