I am a Work in Progress. ~ Barbara Peschl 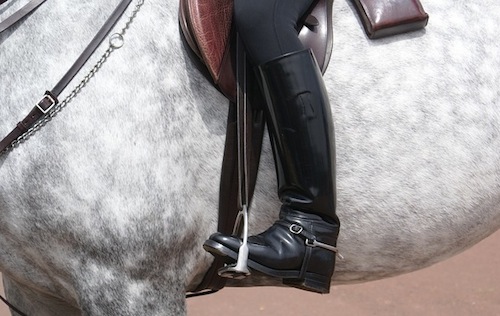 My Dad used to say when I’d either gotten myself into a mess or created one to,

“Pull yourself up by your boot straps and get on with it.”

I’d like to say, there was more to this interaction, some explanation or hint of guidance—maybe even a lecture (I’ve forgotten more about astronomy than I’ll ever remember about real life lessons).

But, as the years have rolled on, and the messes I’ve made or been involved continue to present themselves, these words come back again and again.

My own definition has certainly evolved from the simple dust off and get back on the horse to a more cerebral inspection of just how hard those boot straps get tugged. How long it takes, whether or not my toes are pinched, whether or not the boots should be worn at all.

I can and have sat on the floor, flooding myself with tears of recrimination and worry, which alway results in wet pants and a headache.

I take a step back, realize that the misplaced step, that put me into needing to tug on those recalcitrant boot straps, was exactly what I needed at that exact moment.

My Dad wanted me to know, in his limited use of words in those instances, that life’s transitory.

The occasional or frequent inability to stick the landing means one thing.

Pull ourselves up and take another go, there’s always another go. I’m grateful that my boot straps are worn thin from tugging and that my Dad taught me (and continues to—I see his hand in things) that they still get the job done.

It’s possible that those born with certain physical, mental or creative gifts might take the longer road to humility (there’s that Ego issue again). Not to say that’s as sweeping a statement, as it might sound at first glance. When those born with less obvious gifts have to work harder to be seen, heard or recognized I do think it’s inherently more likely that humility will partner with them sooner.

When someone shows their talents, the invisible are plucked from obscurity to dazzle the world’s eyes and ears for that first shining moment, tears are usually involved with those who are genuinely shocked to realize humility.

“They liked me. They really liked me!!” ~ Sally Field

I’m betting that, these are the ones who will pack humility and grace on top of their suitcase, as they travel the roads of their lives.

We even see it in people in the public eye, who are described as self-deprecating, even in the obviousness of their immeasurable talents.

Humility is the most graceful of all qualities—to be humble is to be aware of the fragility of life, of gifts, of blessings, of change, of loss, of gain. It is that filament of the divine that ties us to each other in the truest sense.

I’m grateful for the awareness that humility is at the very core of what draws hearts inextricably together.

This little gem comes in all shapes and sizes. I was first made blindingly aware of the raw nature of stepping out of my comfort zone, hell bent on escaping it in fact, when my first born (she of the mani-pedi, highlights, sleeping late, pampered as a way of life) decided to back pack around the globe with whatever minimal essentials could fit into a pack for her slender back.

Not for a month or two, but open ended (which ended up being 1.5 years) literally living in hostels and couch surfing—term coined by strangers will let you sleep on their couch for a night or two. If that alone doesn’t qualify as courage (and it does, ahem) when she posted (much, much later) about hanging from some cliff thousands of feet in the dusty air in the middle of Nepal with her scrubby nails torn and bloody and her traveling companion no where in sight and thought to herself

“I have to figure a way out of this because this
sure isn’t how I intend to die.”

coupled and tension relieved with

“What the hell am I doing here when I should be getting a manicure?”

A couple years later Clemens took that same harrowing trek (with Dai and Will) under the same harrowing conditions for the same reasons, to get down to the basics of fearless travel and discovering the remote unknown.

Alexander routinely does things on a wake board, skate board, IFly tower and snowboards that I have to turn away from because of my fear (lack of courage) to watch him do these death defying tricks to and with his body. (Thankfully he has tuned those X-sports way down as his body now begins to punish him for those feats of courageous insanity).

But, Everyday courage is a part of everyone who wants to reach out of their comfort zone—stopping to talk to the dirty and ragged homeless person, instead of just dropping a coin or bill (or worse, stepping over them with a grimace).

Courage is reaching out.

Courage is stepping out.

Courage is giving when you fear you don’t have enough.

Courage is faith when it gets reduced to its essence.

I’m grateful that courage can tame cliffs in Nepal, turn fresh powder into Sasch’s bitch and drives Clemens into founding and into successfully running a labor-intensive business. These acts by these people and millions more help me realize that the exhibited courage is faith realized.