My Worst Date Ever. ~ Darren Lamb 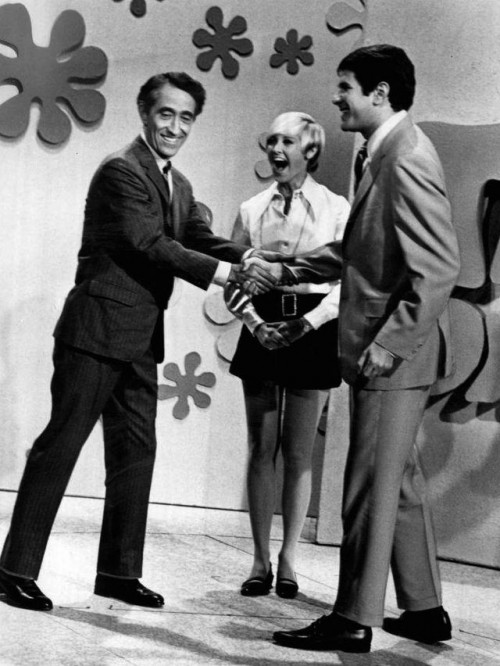 *warning: f-bombs and adult humour ahead!

I’m a little bit older so many of my friends are married, and it seems to bother some of them that I’m single.

Maybe they feel that because I’m alone, I’m somehow missing out on something, or maybe they’re like Vampires who feel the need to make everyone else just like themselves.

Come to think of it, zombies do that too…and Mormons. I never mind it though, and see it as a compliment when they think highly enough of me to set me up with someone they consider a friend.

More often than not other people don’t have a clue about who you would be compatible with, and because of that, these dates seldom go well.

One such date came after two of my married friends spent weeks talking up this girl, telling me how perfect she would be for me and how we had so much in common—apparently they were telling her similar things about me because she eventually sent me a text message asking me out.

I picked her up at her place, and before we could walk from her front door to my car, I knew the date wasn’t going to work out. As we were walking to my car after a brief introduction, she notices my mala (Buddhist prayer beads) wrapped around my wrist. She asked what they were.

Before I could explain, she said they ‘looked gay’ and told me to take them off.

As I opened the passenger’s door for her she informed me she was an independent woman and didn’t need a man to take care of her so she could open her own doors.

I thought about slamming her fingers in the door, but didn’t. I walked around to the driver’s side thinking about taking a selfie of my middle finger to send to my friends, but that would have been rude, and maybe this might turn itself around.

On the way to dinner she told me how she could only date men who were over six-feet tall, owned their own home, and had a six figure income.

None of which was me.

When we got to the restaurant, she was rude to our waiter—mean, spectacularly rude, so rude that I ended up apologizing for her behavior, and leaving him an extra $20 in his tip.

This made her angry and she told me all about it as we walked to the movie. She felt I should have taken her side against the waiter, as if dinner was some epic battle in which I failed to hold up my end.

While walking to the movie I saw a homeless person, and gave him a couple bucks. She chastised me for this, telling me how I was just enabling vermin and how I need to stop worrying about the ‘lessers’ because that’s just how nature works.

I have absolutely no idea why my friends thought we would be perfect together.

At the concession stand there was a man in line in front of us whose hair was thinning a little bit, and my date had to make a comment about how she couldn’t stand balding men, and thought they were hideous.

Did I mention I have a shaved head?

At this point, I was just hoping there would be a Batman trailer on the film we were seeing so the night wouldn’t be a total wash.

Inside the theater she again brings up what happened with the waiter, and just won’t let it go. She’s so loud that some people start shushing her to which she loudly tells a couple behind us to ‘mind their own f***king business.’ That was when I tapped out, took her home, immediately blocked her number from my phone, and prayed (with my gay mala beads) that I would never see her again.

After that I realized most of the friends who were trying to set me up with people had asked me what type of woman I was looking for, and I had been vague and passive in my response. I didn’t even think to mention I wanted a nice person because I thought that was just understood.

I wish more people understood that being alone is far better than being with an abysmal person. If you want to know the character of your date, pay attention to how he/she treats those in service positions or those who can do nothing for them. This behavior will speak volumes about what their nature is truly like.

Also, never let Sherry and Stanley set you up on a blind date.