What do Monsanto, Starbucks & Whole Foods have in common? 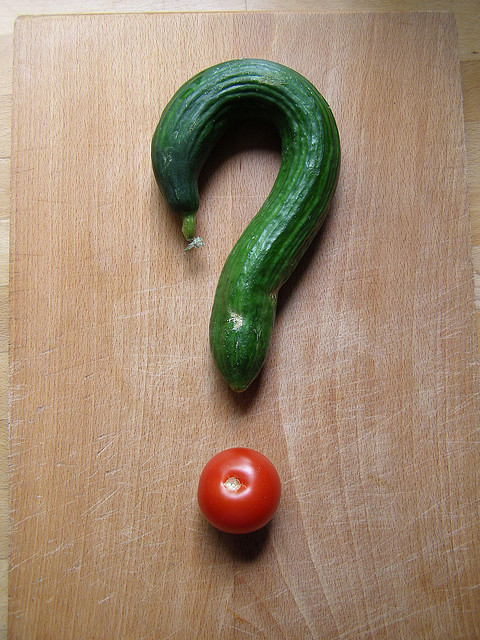 Unfortunately this is not a riddle.

No, this is something I started ruminating about while researching the ethics of various companies. I picked Monsanto because they are behind many of the GMO foods on the market, Starbucks because they are well known and Whole Foods because many health conscious consumers shop there.

I could have just as easily chosen different companies with similar (or different) traits.

My goal was to find out if these three corporations shared any commonalities, and I discovered that they do, and the link between the companies may surprise you, as it did me.

My interest first began when I started delving into learning about GMOs (genetically modified organisms) these last few months. Let me explain the whys and whats that led me to ponder GMOs.

I want to eat as healthy as possible. Don’t get me wrong, I do snack on a candy bar now and then (gasp!), but for the most part, I try my best to think about the ‘what’ and the ‘where did it come from’ concerning the bulk of my food.

Is it packaged with layers of plastic? Is it organic or vegan? Did the food or water travel in hot shipping containers in contact with plastic that can leach chemicals? Was it fair labor harvested and/or produced? Are there hormones added, or perhaps antibiotics? Is it a GMO? Was it fed well? Raised well? Killed humanely?—-Okay, I’d better stop here for more than one reason.

The point is that I am already frustrated just thinking about and writing down the above list of considerations, and these are not even all of my concerns. And shopping with these concerns in mind makes me want to scratch my eyes out or worse.

Yes, I want to walk lightly on this planet. Yes, I care about other living creatures—all creatures. But please, there is only so much one person can take (and do correctly).

Many of these questions have been rolling around in my mind for quite some time—as in years.

My early work background involved the field of genetics and so, maybe inevitably, two common areas of my interests (genetics and healthy eating) collided and I started obsessing, I mean focusing, on GMOs.

I have read countless articles, and the scientist in me can see both sides of the GMO argument. People have starved from crop failures for many reasons throughout history. There have been droughts and crop diseases. And don’t forget the locusts. Scientists who cared about starving people started studying solutions, and these well meaning and not-so-evil scientists started researching the genetics of organisms to help people.

And guess what? I think that people who live from hand to mouth around this planet probably feel grateful for this food that might not have been possible if it were not for GMOs that are resistant to all kinds of plagues when the alternative might very well be starvation.

Does this mean that people don’t have a right to know what they are eating? Of course not. But heck, in the United States and Canada, it is not required that we be given information about whether a certain food is a GMO. I can’t speak for anyone else, but this only adds to my own feelings of frustration.

I wonder: if Monsanto is so proud of their safe GMO foods, why are they not advertising how wonderfully nutritious and safe their foods are? I would think that they would be bragging though commercials about how great their altered products are—but no. It would probably just heighten public scrutiny and scare people. (My opinion.)

But back to my topic of the commonalities of these seemingly unrelated companies:

What do they have in common? Possibly you. Yes, you!

It may come as a shock to many people, but if we look into the major investors when it comes to mutual funds investing in companies, there is a lot of overlap within the same mutual funds. These same funds invest in companies that would seem to be morally at odds with each other.

The very people who are against GMOs are sometimes the same people who may be contributing their money to mutual funds that invest in companies that don’t mesh with their morals.

In other words: there are only so many investment companies out there and if you invest in mutual funds, you might want to investigate which funds are included.

I am not an expert in finance, but this sparked my interest. Check out Yahoo Finance and see if you hold any mutual funds that invest in companies that are not in line with your values. All you have to do is enter a company name that you are curious about and see if you own any mutual funds that come up as major public investors. If so, you can look up which additional companies that specific mutual fund invests in.

I will use three companies to make my point:

First let’s look at Monsanto. Some of us may not want anything to do with Monstano. Next, what about Whole Foods? This may sound much better, right? Let’s now check out their major share holders. And Starbucks? Let’s look at their major public shareholders next.

As you can see, the Vanguard 500 Index Fund (a mutual fund) is a major shareholder of all three institutions.

So what does this mean? It means that if you own stock in this Vanguard mutual fund that has these three companies in common, there is a connection between your investment and all three companies (along with 501 other companies—don’t get me started!) that you are supporting!

You may unknowingly be investing in companies that you are morally at odds with.

I hesitated to pick on Vanguard and these three companies, but these are just the companies that came to mind when I started this article, and Vanguard happened to be a major shareholder of all three. I could have just as easily picked Coca Cola and Tobacco Companies.

There are ‘green’ funds available and although this may seem like a lot of work to research, it is a way to invest your dollars in line with your values. You may not make as much money, but you may sleep a bit easier. The choice is ultimately up to the individual investor.