My letter comes in response to the article entitled: Dhumavati: The Goddess of the DIY Retreat. I thank the good folks at elephant journal for publishing this in the spirit of ethical journalism.

Let me tell you a little bit about myself first. That will give you a sense of the context and perspective from which I approach a truly multi-faceted, formless aspect of Shakti.

I am a Priestess with a PhD (to sum it up). I specialize in conducting ethnographic research on the religious and spiritual traditions of India and Nepal, exploring the intersection of the spiritual and the political in these contexts.

Whilst I respect scriptures and philosophical accounts of connections with the Divine, my first port of call is gnosis (my inner knowing) and observations of how a goddess is perceived and engaged with in the land of Her origins. Combining the two approaches gives you a multi-layered, intellectual, emotional and spiritual engagement with the Divine Feminine.

So here we go.

Dhumavati-Ma is the eldest of the Mahavidyas (Wisdom Goddesses). Clad in smoke, she rides through the world a solitary figure, accompanied only by her trusty Crow. She is the Hindu Crone Deity, the devourer of Lord Shiva and the Mistress of the Reality Beyond the Veil.

In mainstream Shaktism, She is clad in poverty, despair, disappointment, anger and all those things we instinctively label as negative and bad. Her gifts, her blessings, her golden teachings come through the form of mis-fortune (in the conventional sense of the term), but hidden in each trial, each experience is the kind of wisdom or knowledge you require to transcend your own limitations.

It is important to note that even the experience of disappointment or suffering is but an illusion, a part of the Veil, for She is the Mistress of Maya. Camouflaged in her cloak of sorrow, lies a tender-hearted goddess, a granter of boons and a teacher of deep esoteric wisdom. But you don’t get there till you realize the grief you feel, the despair you might experience is but your Reflection in Her Mask.

Moreover, in some Tantric variants of her iconography, she is shown as a woman who enjoys meat, wine, sex—all those things chaste women should simply not do or want (in the Hindu view of the world). Widow, she may be, but she still enjoys her existence! Hardly the image of the one who has abstained from all, or for whom all has failed. Thus, I would say, She is not the Goddess of Poverty or Disappointment, nor is She Prosperity or Virtue. She can be all of these and none of these, at the same time.

She simply exists Beyond all those Classifications and Categories of good and bad. She is Exactly Whom She Wants to Be.

And perhaps, that is why She is seen as terrifying.

Imagine a woman who gets to choose her life’s experiences. She is no longer blindsided by the facade of wholesomeness, chastity and other taboos that stress her purity as her only path towards the Divine. Imagine how controversial this would have been in 12th century India—in fact, it remains controversial in so many societies across the globe.

You might recognize it as the ideology behind “slut-shaming,” the Madonna-Whore complex and the curious treatment of the Magdalene. But for all its virtues, coming back to the original context, Hinduism remains a religion that does not allow the freedom of woman to be determined by her understanding of Self and the Sacred. Shaktism and Tantricism are of course branches which do, but even they have their limitations in practice.

Typically, Dhumavati-Ma was worshiped by those who have rejected a worldly life as the kind of knowledge she provides stands in stark relief to social niceties and expectations. A modern-day Dhumavati may appear as the single mother, the divorcee, the widow, the crone—a woman who has simply rejected her reliance upon a male energy as her salvation and is doing it herself.

She is the only Mahavidya (Wisdom Goddess) who appears without a male consort in some form. She is the Hermit, She is the Wandering-Sage, She is the Woman Unafraid to be Alone and Unprotected as She moves through the World.

And this isn’t just the view of of a radical Tamil scholar-priestess, this is how she is described in the many writings about her. And the way she has been experienced by so many who seek a direct connection with her.

To summarize, if I had to place a label on the Formless, I would say that Her greatest lesson is one of Absolute Detachment, Her only true form as Amorphous Smoke.

Categories of pleasure, sorrow, joy, rage, disappointment, no longer exist for Her as she sees the lessons or seeds of new paths that lie within each waking moment. She exists beyond our understanding of Space and Time and represents the Void Itself. The Eternal. The Transcendental Form of Shakti that contains All Within Herself, even the Divine Masculine.

So whilst disappointment and the sad “Crazy-Cat Lady” are valid parts of the kinds of experiences and lessons she brings to our lives, they are just her Masks. As we release our fixation with form (the way we perceive the material world and judge what happens to us in it), we release the need for the label. And once we do, all that remains is Smoke. 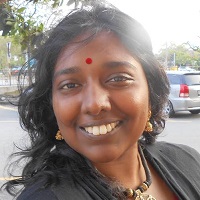