I’ve Fallen in Love with a Man I Can’t Have. 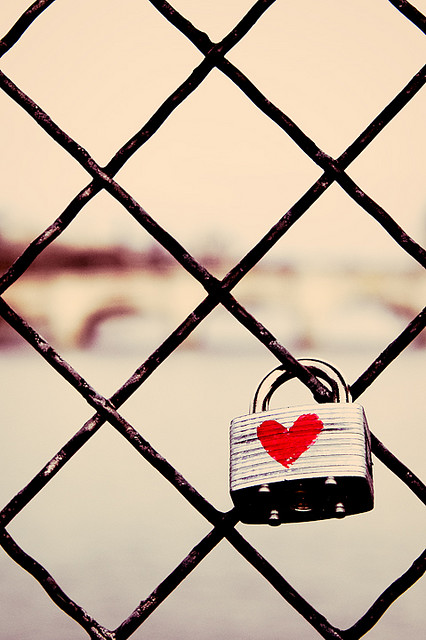 I have that “Mr. Right” feeling with someone who’s not available.

“Loving someone is not painful. It’s when we must stop loving someone and withdraw our affection that we feel pain.” ~ Barbara DeAngelis

Despite my best efforts (okay, so some of my efforts may have been half-assed. I am human. Because love is love, for fuck’s sake, and it feels sublime even when it’s also total agony, right?) to not allow my heart that liberty, I have fallen in love with a man I can’t have.

I didn’t try to fall in love with him; in fact, I felt that instant attraction thing upon meeting him months ago and tried to avoid falling in love with him. But it happened.

This feeds back into the perpetual argument I have with myself: Can one control one’s own heart? One can control one’s thoughts, but the heart?

The jury’s still out.

And, I’m pretty sure it’s time to stop whining about it, put on my big girl pants, saddle up and ride right on past him and the enticing speculations of what that would be like, into the next town over—called Distraction—quickly followed by a day-trip into the small village of Love (with someone else).

This necessary plan depresses me in its contemplation and my heart grows heavy, gray and sluggish at the injury of the thought. If I think about it too much, I start to lose my resolve.

I desire, though, to be so very carefully respectful—to everyone involved—including me.

I have good days and bad days with this situation. Sometimes I know what I have to do; other days I think about it too much and get sucked down by the undertow of emotions.

Most days, I feel like an idiot for somehow allowing this to happen.

I’m already suffering, but will remaining friends or cutting all contact lessen the suffering? Mostly, as you’ve probably noticed, I am on the proverbial fence about this.

This distraction plan may or may not work. I have tried it more than once before, and it has only been marginally successful. Some of my past attempts have inversely highlighted what/who I genuinely wanted instead of distracting me.

After one such attempt, I ended up sad and crying to my friend after a perfectly wonderful kiss goodnight from a really hot man, only because the kiss was not from the man I was wildly attracted to (read: soul mate material) and who said he was not ready for a relationship.

And then there was the big, costly (on all fronts) distraction of me getting married at 38 because I felt I was old and ugly and it might be my last chance for a relationship, to be happy and to not be alone.

Oh, I loved him—but I knew, on some level, that I was settling because I was afraid of being old and alone. I saw him and that marriage as my last chance for happiness, which is a theory I have since proven incorrect since our divorce years ago, but I truly did believe it at the time.

My lunch date was a nice man. He was masculine, directed and full of purpose—all of this was obvious to me, and I liked these things about him. He held the door for me, pulled out my chair; he was a gentleman. We had a very nice conversation.

I wasn’t attracted to him, but I didn’t let that stop me from appreciating him and our conversation.

So at the end of our lunch date, he asked if I would like to get together again sometime; I could tell he was thinking I would say no. But because I wanted to give him—a very decent, acceptable man—a chance, I quite honestly said yes.

And I meant it.

I said yes because I am tired of waiting for Mr. Right.

I am tired of my own ideas of who/what that should be (hint: some weird, interesting mix of Cullen Bohannon, Walt Longmire, David Deida and Tom Hanks, I think—like a good chocolate: hard and crunchy on the outside, soft and gooey and a little nutty on the inside once you bite ‘em).

I wanted to give a decent, nice man a try. I’m tired of being ruled by my heart, and/or my increasingly lonely lady parts. I want to make good decisions—with my head.

I noticed as I began to pedal away from the restaurant that I felt extremely sad and kind of hopeless. So with a respectful nod in the direction of the Divine Feminine, my heart and all things emotional—and with no small amount of dread—I turned to face the emotions waiting their turn and told them to bring it.

I was on my bike, so I had plenty of time to suss it out, and the longer I pedaled, the sadder I became. But I stayed with it, sitting with myself the same way I would sit with a girlfriend in this state, and allowed each emotion to present its case.

After many layers had peeled off, I finally felt an intense, deep, aching loss at the thought of giving up what I really need and want in trade for a “safe bet” again.

Crying, pedaling down Mountain Avenue, I could feel the edge I need in a man to keep me interested and attracted, and the lunch man was just not close enough to that edge. He felt so far away from what I need and want.

I knew, though, that it had nothing to do with him. He was still a very nice man. However, it had everything to do with already being in love with someone who, if he’s not Mr. Right, is pretty god damned close.

How is it I can have that Mr. Right feeling with someone not available to me? Shouldn’t his lack of availability, recuse him on some big, cosmic level—take him out of consideration?

I’m thinking this should be a law or something—a Federal Statute. Or fuck that; let’s make it a Universal Law.