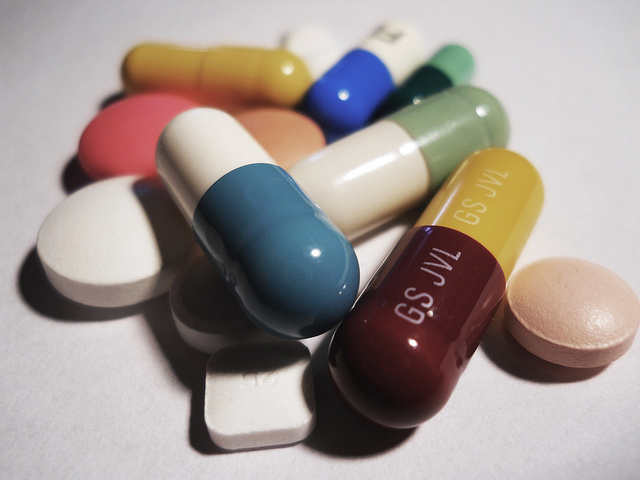 Elephant is a diverse community. We are reader-created. Many blogs here are experience and not fact or The One Right Point of View. We welcome all points of view. Dislike an Op-Ed or opinion? Share your own take here.

For those with addictive personalities, we all know how easy it is to reach for a prescription or liquor bottle whenever faced with a conflict.

At the beginning of this year, I decided to take a new approach and threw myself into yoga, therapy and meditation. I also started reading up on self-care, addictions, remedies and, inevitably, the pharmaceutical industry.

When faced with a predicament, everyone likes to take the easy way out. We live in a world where people don’t want to do the hard work, whatever that work may be.

Seems impossible? Don’t do it.

Won’t make me a lot of money? Forget it.

The mental and physical healthcare industries are no exception.

I’ve been a fan of Paul Farmer ever since reading Mountains Beyond Mountains, by Tracy Kidder, a book that details Farmer’s quest to, basically, save the world. He has dedicated his life to helping the sick populations in developing nations that often go ignored, and are almost always used and abused.

I was recently reading a collection of Farmer’s speeches entitled To Repair the World, and in the introduction, his editor states:

“Even the greatest therapeutic or diagnostic breakthroughs will mean little unless they reach the people they were designed to help.”

Instead, in the real world, we find the opposite—at least in the pharmaceutical industry. According to White Coat Black Hat: Adventures on the Dark Side of Medicine, the focus is now on the drug, not on the disease. It’s not about treating the patient to ensure long-term stability anymore—it’s about selling the drug.

After stumbling across the quote from Farmer’s book about world aid, the same idea popped into my head in relation to mental health:

Rather than convincing everyone that they need these drugs so the companies can ultimately make a quick buck, what if we focus on getting them into the hands of those who truly need them?

I experienced pharmaceutical ugliness firsthand when I was 14 years old. I was down and out, locking myself in my room for hours on end, drawing and listening to music. I had a non-existent relationship with my mother and had started delving into a self-harming regimen. My mother did the right thing by seeking treatment for me and taking me to a psychiatrist.

I was only in this supposed expert’s office for five minutes or less, and without even knowing the details of my predicament, she said she instantly knew I was depressed because I “hadn’t smiled once since walking into the room.”

She automatically recommended I take an antidepressant called Wellbutrin.

This is a drug, by the way, that comes with warnings about how it can trigger suicidal thoughts in teens.

So a doctor, who is supposed to be focused on improving her patients’ mental health, was going to prescribe a medicine that could further a young girl’s already suicidal thoughts? To her, it wasn’t about getting me the help I needed—it was about selling a drug made by a company that was probably paying her to prescribe it.

Another family member of mine had a similar experience. She was waking up in the middle of the night with chest pains and throughout the day was feeling rather emotional. When she went to her family doctor, he instantly prescribed her an antidepressant without advising her to seek other treatment such as therapy.

Why would a doctor who treats runny noses and high blood pressure be dealing with something as fragile as a person’s mental state by prescribing a drug that should be coupled with therapy?

We live in a society that desires concrete, measurable improvements as soon as possible. Drugs seem to provide that; working for several months on your inner-self with a therapist, or even on your own, does not.

But all drugs do is mask the problem.

And we as a society love that.

An upper, or even a downer, provides instant gratification to a patient the way money does a multibillion dollar drug company.

Again, it’s not about treating the illness anymore—it’s about selling it.

The industry has invented diseases for things that should be seen as part of being human. You’re not stressed and in need of self-reflection—you are depressed. A seven-year-old child is incredibly active and doesn’t like to be tied down to a chair in school all day—duh! But no, this child has ADHD and must be fixed. And the drug companies have just happen to have the remedy!

A well-trained, experienced and thoughtful doctor will be able to tell the difference between someone truly in need of medication and someone who needs to do a little personal work. However, sometimes money trumps morals.

Earlier this year when I was faced with a bout of depression and an ever-worsening drinking problem, I could have taken the easy way out. I could have asked my doctor for an antidepressant without putting any effort into it. Or I could have kept drinking and pushing my feelings further and further down.

I am so glad that I went the other route via my yoga mat and therapy. I have learned so much about myself, things that drugs would not allow me to learn from and improve upon. I’ve made amazing friends and discoveries and I’ve realized that the hard work is always worth it.

I am not against medication—there are people who have tried everything under the sun for their ailments and their only savior has been a chemical solution. Sometimes it’s your lifeline, and after spending a good amount of time with a professional who has your best interests at heart, you ultimately have to make that decision for yourself.

But before we all jump to that, we have to keep our eyes and hearts open. Do some research. Think outside the box. Step onto the meditation cushion before starting the medication pushin’. (See what I did there?)

Remember that your life and your health are not for sale.

Like Farmer says, “Human life and human values cannot have a price tag attached to them.”

You are priceless. Don’t let anyone, a doctor or a company, convince you otherwise. 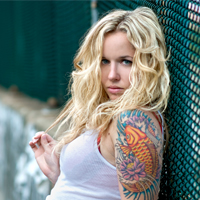