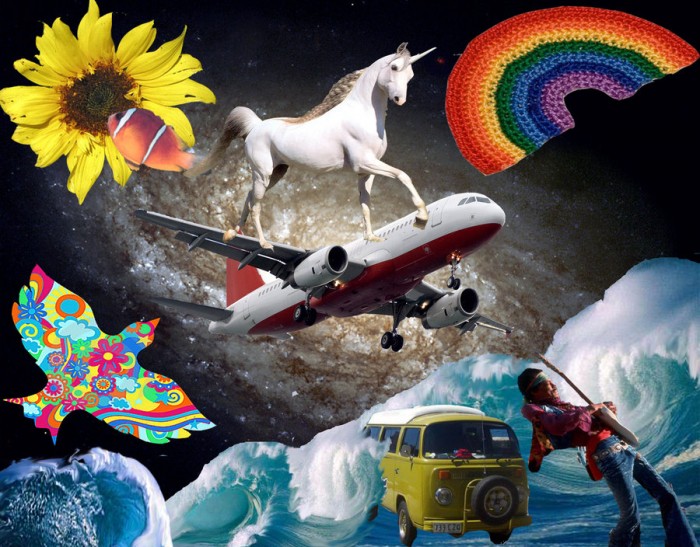 “You are the universe, expressing itself as a human for a little while.” ~ Eckhart Tolle

Pause to consider this quote, and we may begin to understand the mystery of our existence.

This quote reminds us that the universe, and everything in it—including ourselves—is connected.

Just as the universe expresses itself in, say, a tree or an animal, it also expresses itself in you and me—in human beings. We are connected to that tree and we are connected to various animals, yet what differentiates us from them—making us truly unique—is our abundant intellectual capacities. We are, perhaps, the only form on earth that can create, appreciate, be aware, be grateful, communicate with words, relate, hope and laugh on a highly functional level. We are also the only creatures who are fully aware of the dimension of time—yet we rarely pause to consider this.

“A little while,” in Eckhart Tolle’s quote, defines our existence or, as The Buddha puts it: “The trouble is you think you have time”. We profoundly think that our 80 or 90 years on this earth are lengthy. Therefore, we go on putting off nearly everything in our life.

But, have you ever thought that the earth is more than four billion years old—and it’s still a living planet? Do you know that the oldest tree is around 9.500 years old?

Compare our age to the planet’s age, or to the oldest trees on earth, and you will realize that our lives are no longer than the blink of an eye in the span of the universe.

Despite this obvious truth, our race is still not aware of the enormity of its problems. And on top of the list comes the problem of wanting to inherit the earth—permanently.

Human beings became so engrossed in living life that they forgot to see the endings in it. We consider weddings, for instance, as a part of our life’s cycle, but funerals are unfathomable.

Death, which is the most pivotal cycle in our existence, is the cycle most denied. It will happen to everyone and everything around us, even the chair you are now sitting on and the screen you are looking at will cease to exist. But we always choose to look at the beginnings and deny the endings. We choose to look at one side of the cycle, the side which gives us the illusion of permanence.

Everything we do in our life is unconsciously done for the favor of sticking there forever. Whether it’s the career we pursue or the house we spend on building for 20 years and end up living in for only 10, it’s all for the sake of staying.

Every day, every single second, something is happening to remind us of how flimsy our existence is. The neighbor that was diagnosed by cancer, the friend of an acquaintance who died in an accident, the war that suddenly arose in a certain country, the tsunami that damaged the shores of an area, the plane that crashed killing everyone on board, are we seeing this?

We probably see it and recognize it; but only shortly. As we open our eyes to another day, we forget the gentle reminder that the universe has sent us and lose the moment of consciousness that we gained upon learning the news.

All of the problems that our world faces are because of the love of power. All the genocides, the wars, the break-ups, the fights; they’re all resulting from the human mind. We are just not aware of the capability of this mind and of the ego that is occupying our self.

If we scrutinize our daily life, we can in fact spot this ego of ours that hides behind our real identity. Although the masses would deny this, we love to control others. It gives us some form of identity; one that elevates our ego to a great extent.

The most romantic relationships in the world have been destroyed because of power. The closest families have been torn apart and the oldest friendships have come to an end. Have we ever watched ourselves when a discussion takes place? We try our best to prove our point of view, no matter how much aversion we have to the discussed matter or subject.

All we unconsciously care about is being right.

Next time you’re sitting with a group of people and you have this urge to dominate in the conversation, just remember that the people you are trying to have mastery over share the same energy as you. Therefore, by dominating them, you are technically dominating yourself. Try to remember the impermanence I just mentioned above and you will realize that the discussion or the conversation that is taking place will actually end. The next morning no one will remember your words, unless they were dominating—then you have created an enemy instead of an ally.

There is a beautiful speech for Mary Schmich where she says: “Worrying is as effective as trying to solve an algebra equation by chewing bubble gum.”

Worry is generated from fear and we, as human beings, spend most of our life is that state. We fear losing someone we love, we fear losing our job, we fear not becoming auspicious, we fear natural disasters, wars, diseases and so on. As a result, we end up thinking, over-analyzing and trying to speculate the future; we basically worry.

The capacity of a worried mind is immense. To put this into the test, catch yourself when you’re worried about something and watch a movie. Now as you’re watching and totally focused, think about your problem for a couple of minutes. When you snap out of it, you will actually realize that you missed a couple of scenes and you don’t know really know what on earth the movie is talking about anymore.

The movie is a tiny example of what we miss when we worry—the sad part is that we miss much more during our day. And what we deny is that worrying never solved anything. Only when we get what we want or when a problem comes to an end, we chokingly claim: “Oh! My worry was really useless.”

But do we remember such incidents? Do we actually learn that there is a certain flow that is taking place in our life and worrying won’t in any way alter it? Again, we don’t. We keep falling in the trap of our mind who feeds on fear and thought.