What is a Soulmate? 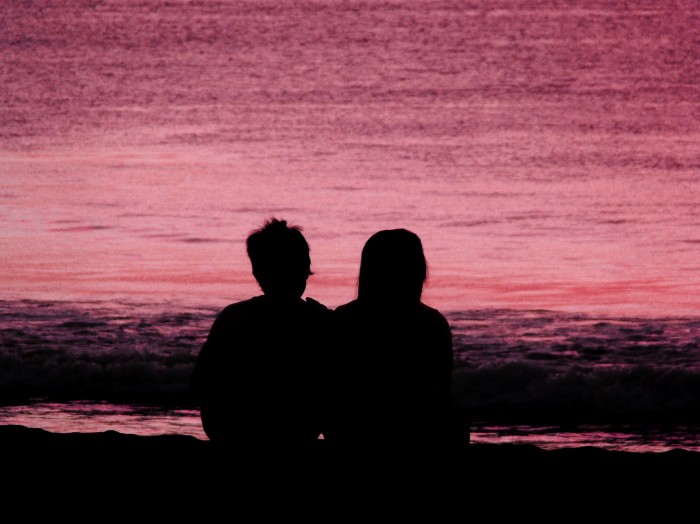 I’m asking the question, because I don’t have the answer. I’m genuinely interested in investigating this word, “soulmate,” since it’s thrown around so much, and since soulmates are such lovely-sounding beings.

I would like to do more than reach the conclusion that there are a few easy things we can do to attract our soulmate, or that we are actually our own dearest friends, and must love ourselves if we want to love others—as much as I stand by these latter credos, and strive to live in the light of their truth.

Can we define this word that ignites so much passion and longing?

Early 20th century philosopher Ludwig Wittgenstein believed that when trying to understand a word or concept,  there’s little use in talking about essence, or getting down to the very bottom of things. He said that to define something, we should simply look at how it’s used in everyday life, in an ordinary context.

So, what do we have to say about soulmates? Who are they, and what purpose do they serve?

Souls, and mates. People wonder fiercely about what souls are … maybe we can say the soul has something of the eternal in it, which outlives our bodies. A mate is a friend, a person to play with, to spend fun, valuable time with.

In a sense, then, if we believe that people do actually have souls, we literally meet everyone on a soul-level. How can we not? But we are probably more inclined to believe that a soulmate has to do with having a special, very natural connection with a person that we simply can’t forge with everyone.

Maybe most of us believe that a soulmate is someone we are destined to be with, and many of us believe each person has one soulmate. There are others who believe we have many, and can potentially spend significant periods of time with more than one in a life.

Eyes lock. Instant recognition. Something flashes in the space between you so that time stops and past and future merge into a gargantuan swell of now. You feel instantly at ease. There’s an extreme, inexplicable mutual understanding. You want to stare at them forever, but you also want to enter them, be entered by them, though you also feel you already have. This is lust, chemistry, overwhelming attraction, but it’s also a sort of penetration that transcends the holy pillar of our bodies. It is comfort, excitement, it is being terrified and thrilled at the exploration and limitless discoveries that await. It’s about the anticipation for that first physical contact that might annihilate you, but that feels like the only life.

But then, is a soulmate a romantic partner? I think, interestingly, that we often reserve the term soulmate for intimate relationships with a sexual dimension.

Is this because we consider our romantic relationships to be our deepest and most meaningful, and that a soulmate would be the most profound form of connection we can have with someone?

We can also consider version two of the soulmate:

This is a softer feeling. Maybe it’s your little niece or your next door neighbour’s cousin who comes to visit once a year, and there is a feeling of unfettered joy in experiencing so much familiarity with the person, so much implicit compassion and understanding.

However, if we really have mates at the “soul level”, does this imply a difference of degree, or in kind, between a soulmate and a general friend or family member, an object of lust or affection, or even an enemy?

It’s interesting to observe the value judgments we place on relationships, just by making the assumption that a person who inspires conflict would not be considered a soulmate, while someone with whom the love naturally flows might easily be considered a contender.

Isn’t it true that we learn (if we’re lucky) from our adversities, that we will meet people who push those buttons over and over, and throw us into the type of turmoil we can then use to dig into our destructive habit patterns? We might acknowledge that we should be thankful for our so-called enemies, for acting as a catalyst to our growth, but few would go so far as to call these people soulmates.

We seem to believe our soulmates are those who fit like a glove, help us, nurture us, feed our joy of being alive, allow us to exist in a cosmically meaningful and intensified way—this will mean something different for everybody and might include the pushing of buttons, but the impulse remains the same.

Is this a lot to be asking of someone, or is it exactly what we expect to find when we are at a place in our growth where we’re ready to be catapulted somewhere entirely new?

It seems intuitively wrong, though, to infer that we can only meet a soulmate (the one, or one of many) after doing a certain amount of conscious work on ourselves during our evolutionary process. Like we have to pass a test in order to be rewarded with “the one/s”.

So maybe a soulmate can come along any time, propelled by forces too large for us to fathom or make much reason of, and our job is to accept it and approach the relationship with wonder and respect.

Or maybe we won’t understand we’ve encountered a soulmate until much later, even after the relationship is over. At that point, was it meant to end when it did Are the lessons still there for the taking? Can a relationship with a soulmate simply run its course?

To me, it seems there’s a lot of urgency surrounding the idea of a soulmate. We might attach to the idea (of being, dare I say, completed) so that we start feeling we’re missing something if we don’t “have” one, and that we’re failing if we can’t “find” one.

Of course, the quickest path to misery is to attach to anything, and start believing our eventual happiness depends on that thing, rather than being the agents of our own happiness. I don’t want to regard a soulmate the way car commercials are designed to make me feel about owning a clunking piece of metal on four rubber wheels (luckily, those don’t work on me).

The more I think about it, the more I like the idea of “soul friends”, because sometimes changing a word even slightly allows us to see the idea with new eyes. These soul friends are a bunch of beings that meet up here and there to check in, help, teach, learn, practice love in its myriad forms.

It’s not our goal to know exactly who they are supposed to be, or to obsess over finding them, or to know how many we might find, though I think that with deep practice and commitment to the path of awareness, these things might become easier to discover.

I can’t say for sure how we’ve known our soul friends before, or even if we have. But I feel in my heart that if we end up meeting people and feeling a deep connection, we should honour that feeling rather than question it out of existence.

My guess is there’s a reason we feel deeper connections with some than with others, whether that connection reads as very positive, or difficult. This is especially true if we can mindfully check in with ourselves to make sure we have no ego-based motives for having these feelings for the other person. 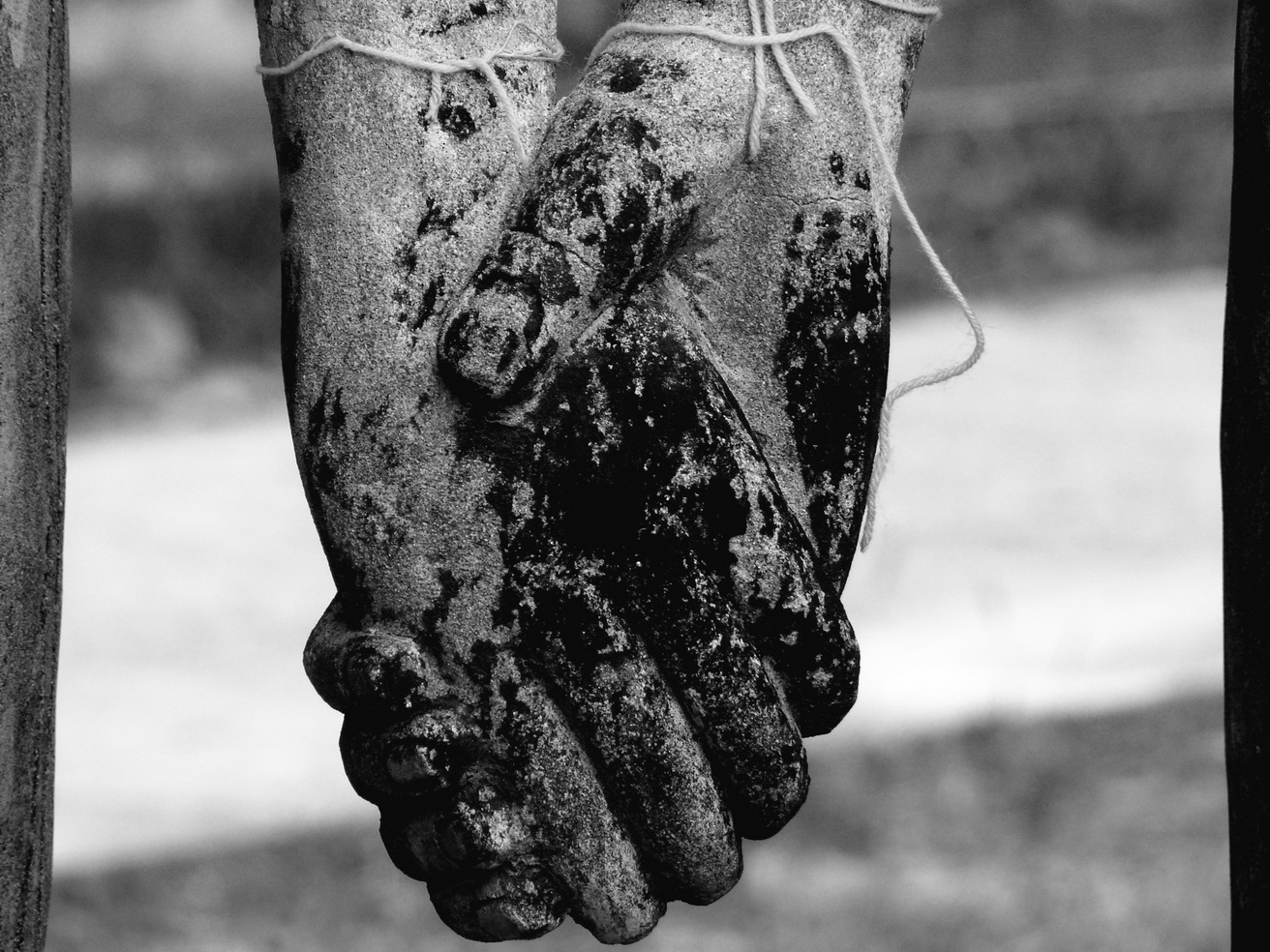 I say, let’s not limit ourselves! In some ways, absolutely everyone is a soulmate—after all, we’re a group of souls sharing the planet/universe at the same time. We’re really all in it together, whether it feels that way or not. Understanding that we’re all soulmates will surely help us to be kinder to one another, so it’s far from a harmful attitude to take.

This is a vast, wonder-ful, awe-some universe, filled with beings in numbers our little brains can’t really conceive. As we bump along and make our way, let’s not just passively let things happen to us. Let’s work at it a bit, develop our intuition and mindfulness so that we don’t miss opportunities to really find and cultivate those deep connections, and also remain totally open to what is out there to receive (and give).

We’re not alone. Let’s consciously, without craving, seek those soul friends who have joined us on our path for any number of reasons, and have enough love left over for ourselves, and everyone else.