The Only Change in Which We Can Really Believe. 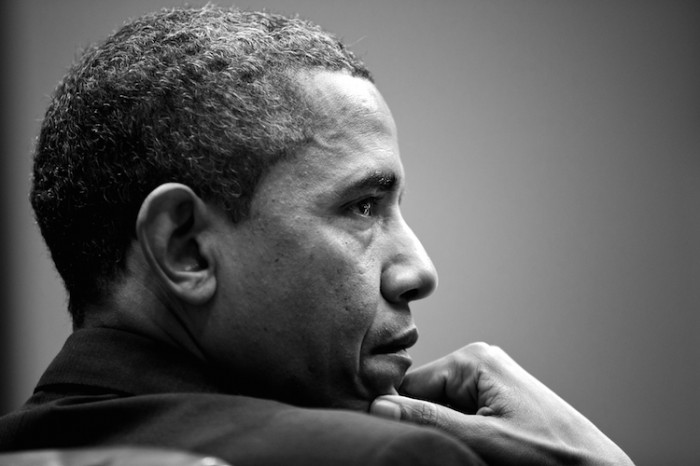 My sympathies for President Obama arise from my own leadership experience.

Perhaps the most relevant involved building a Green Party coalition to take over the student government of a small college in the South.

We were facilitated by my radical mentor, but the coalition itself was barely even liberal. And it fell apart when in the middle of our first meeting a redneck forester, desperately recruited for his efforts to bring childcare to campus, told a “dead nigger” joke.

The room froze over and the coalition shattered. But most of us were elected on our own, with me ceding the slot of President to a mildly liberal, black woman to run instead as Vice President.

The Green Party movement of the previous year, which provided my base of support, had by now vanished. And it was me alone in power, with no real allies, protesting the others’ petty preoccupations. After a few months, a “coalition of the shallow” successfully conspired to have me removed. And so I got my first lesson in the politics of the possible.

Progressive critics of Obama tend to lack experience representing broad constituencies. Few possess a feel for the way democratically elected leaders must struggle to pull together coalitions to implement their agendas and in the absence of allies must reconcile themselves to working with the bodies into which they have been elected. Few understand much about how this affects them psychologically.

American leftists seldom stop to wonder what they might do were they President. And while popular American nonfiction is awash with the accounts of former White House officials, and investigative journalists like Bob Woodward routinely produce vivid descriptions of the inner thoughts of administration officials in secret meetings, the Presidency is a mute mystery to most of Obama’s critics. The result is a convoluted sense of what Presidents can accomplish.

Any accurate assessment of Obama’s domestic motives needs to involve asking what would have passed had he gotten everything he wanted. And my sense is that America would be a radically different country were this the case. But Obama would still not be a radical or even a left-leaning progressive. We would just have a much more solid welfare state, a much stronger response to climate change, and a greater emphasis on science and innovation—maybe not Denmark or France but something much more European.

My own sense of what Obama meant by change in 2008 was that a change in the tone of political leaders might bring a change in the experience of political culture, that by respecting our differences and finding common ground Americans might come together to accomplish great things, that a more intelligent foreign policy might once again make America a respected international power, and that by patiently bypassing the politics of petty squabbles Americans might look more deeply into what is truly wrong with their country and come together to build a common future.

Confronted with a highly popular President whose agenda hinged on bringing everyone together, in the midst of a crisis calling for massive government intervention, perhaps the only option for Republicans was to bring down the temple on their own heads. And of course, Obama learned things he did not know and became enmeshed in the mindset of war. While at first he struggled to tame them, he was later tamed by the Generals.

Unfortunately, very few Americans value the lives of non-Americans anywhere near as much as those of Americans. But the drone killings are nowhere near as destructive as the genocides committed with direct American support in Cambodia and East Timor under Nixon and in Guatemala and Iraq under Reagan. Nor are they at all comparable to the big wars of Iraq and Afghanistan. The biggest sin of the Obama administration was probably that of supporting the invasion of Gaza. But there would have been a massive price to be paid in challenging the Israel lobby.

The American Presidency is perhaps the most complex job in all the world. The stress of it can be measured in grey hairs and wrinkles. That aging represents the exposure to countless and unimaginable moral dilemmas as well as a pace of work that would destroy almost anyone.

Having supported him in the primaries and then having published several pieces excoriating his initial cabinet picks before he even entered the White House, I am one of those few supporters who can boast that, in the words of the popular bumper sticker, “I hated Obama before it was cool.” But I have also matured with him, committing myself early on to taking responsibility for the failure of my own ideals. This is also change I can believe in, and such a maturation would go far in bringing us all together to accomplish great things.