How the UVA Scandal & the Michael Brown Verdict are Connected. 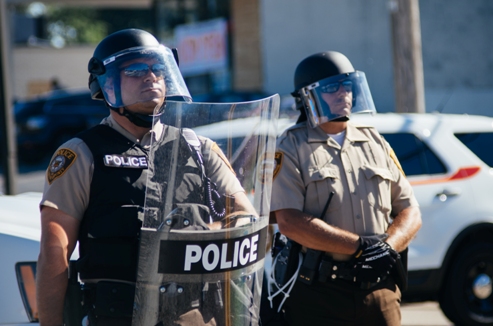 For the past few days, my social media feed has been abuzz with links and commentary about the Michael Brown grand jury verdict and the UVA rape scandal that came to national attention after the publishing of a much-discussed article in Rolling Stone concerning the gang rape of a co-ed student identified only as “Jackie” at a frat house and attempts by UVA to cover it up.

It’s been impossible for me to not be affected by these two events.

As a minority woman, a parent, and someone who has long thought that some police officers operate with excess force, I cannot help but be interested in the Michael Brown case.

As someone who has lived in Charlottesville, Virginia for nearly 14 years and has no plans to leave anytime soon, UVA and the now-infamous row Rugby Road frat house that is mentioned throughout the Rolling Stone article is literally within walking distance of my home. I also happen to be an alumnus of another elite, ACC school and during my senior year there, I was the victim of domestic violence which occurred on campus by a fellow student. Like UVA, my alama matar tried its best to cover it up.

While these two things may seem unrelated, they are not.

One question I asked on my Facebook page: What do we do when institutions who are supposed to serve us don’t do so, and what happens when many of us feel we cannot trust them? (After all, don’t we assume that the administration of UVA or any university will be committed to bringing rapists to justice or at the very least evict those who admit they rape? Shouldn’t we consider the police people we trust and not those we fear?)  How do they re-gain that trust?

While I don’t know the exact answer, the truth is both police departments and the administrations of various elite colleges and universities have to make real, sweeping policy changes, otherwise there are going to be more incidents like the one in Ferguson and more “Jackies.”

Already in Charlottesville—which for those who have never visited and don’t know is a small town—there is already a backlash at some of the local and national media that UVA Dean Nicole Eramo has attracted thanks to a now infamous interview where she seemed to defend the university’s sexual assault polices and said that in her two years in current position, no student who admitted to rape had been expelled. Rather, she says that a 1-2 suspension is enough to punish those who admit to rape which in the state of Virginia-as well as all other 49 states-is a felony crime.

At the end of the suspension, admitted rapists may return to UVA to continue their studies. (By contrast, those who admit to cheating or are found guilty of it are automatically expelled.)

At least one acquaintance of mine on Facebook shared a link from the student newspaper where numerous people—including the Rolling Stone interviewee—voiced their support for Eramo and said that as someone who personally knew her, she could vouch that for the fact that Eramo was a great person who was active in a number of community causes.

Likewise, many people on social media were claiming that Darren Wilson was a “great cop,” though it was unclear if any of them actually knew him personally.

While I don’t doubt these people’s experiences the point is they are missing the bigger picture: it really isn’t so much about the personalities involved, but the institutional roles they fill.

There is something wrong about a system if it’s main purpose is to protect the reputation of an institution first and foremost even at the expense of rape victims and do not expel people who admit to rape. Likewise, there is something wrong about the state of police departments around the country where excessive force appears to be used often and results in the death of unarmed suspects.

There seems to be a lot of focus on the personalities of the victims or at least that is the case with the deceased Michael Brown. Despite the fact that Brown had no criminal record and was actually stopped for jaywalking and not as a suspect in a robbery like some believe, it really doesn’t matter if he was guilty of the latter or not. It is entirely possible to have a less-than-sterling reputation or even be a “creep” or not-so-great person and still be a victim of injustice.

While the Rolling Stone issue does not touch on that, I personally know women both at UVA and other colleges who did not report their rapes because they were afraid that their past sexual histories or the fact they were intoxicated at the time would be held against them.

It’s time we stopped focusing so much on the individual personalities and look at the real things that keeps us from seeing real progress.

Ultimately, it doesn’t matter if Wilson or Eramo are removed from their respective jobs. As long as those positions remain and no changes in the status quo occur, nothing will change other than the faces who occupy them.

While I saw many quotes on friends’ social media pages-quote by President Obama and a quote that several posted by Martin Luther King, Jr. which states that injustice anywhere is a threat to justice everywhere, I chose to close with a quote by an anonymous resident of Ferguson who was interviewed by MSNBC the night of the verdict:

It isn’t enough to get angry. We have to call for and get real changes.

Truer words have never been spoken.