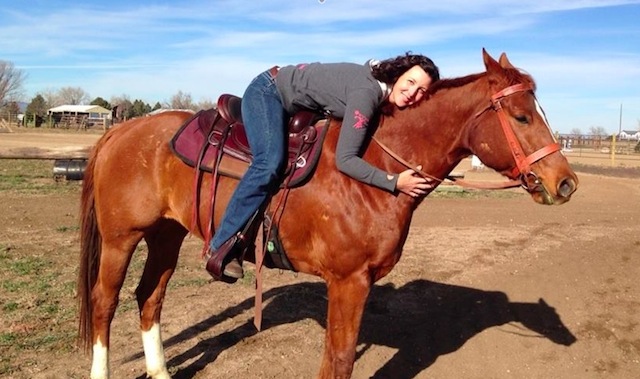 I was paralyzed by fear.

From the doubts constantly swirling through my mind to the electric currents of fear buzzing through my body. From the starts out of sleep in the middle of the night to the unbidden tears that poured during inconvenient moments.

Fear had rooted itself in my body and was refusing to go away.

There were days that I had a hard time getting out of bed because I knew the battle against my fear would begin and I would be exhausted before lunchtime.What terrible experience caused my paralysis?

It was the love of my life: a sweet chestnut horse with a goofy personality who still has the face of a baby foal.

As it turns out, this horse had been suffering back problems in silence for almost a year and one day, he’d had enough.

I hopped on, not suspecting it would not be like any other easy-going Sunday morning ride, when he pinned his ears, lifted his back up and started threatening to send me into the dirt.

The power and anger that welled up in his body was unmistakable.

At that moment, I knew instinctively all that a 1200-pound animal made of sheer muscle was capable of doing.

Thankfully, I wasn’t launched out of the saddle but the experience launched me into a spiral of fear and self-doubt from which I was unsure I could recover.Fast-forward some months and I am happily back in the saddle.

I am here to tell you, it wasn’t by chance or allowing time to heal my mind; conquering fear doesn’t work that way.

I decided one particularly tear-filled day that if I wanted to return to living my passion, I was going to have to work for it.

Through much trial and error, here is how I learned to overcome fear.Feel:

I realized that fear is a cycle and when left unchecked, begins to implode, like a black hole.

The first step is to look at what fear really is: a very valid, very helpful emotion.

When we have an experience or stimulus that is stressful, our bodies release a wave of hormones that make our hearts race, our muscles tense up and our breathing increase.

This is commonly called the “fight-or-flight” response.

This isn’t a bad thing!

So, when we first notice that fear response is to feel it.

Be mindful of what physical reactions are occurring in our bodies.

Feel and give them credence.

When fear becomes “bad” it is unhelpful.

It’s time to look at what’s causing us stress (for me, it was even being near my horse) and decide if that fear is helping us anymore.

Sometimes, there may be a legitimate reason be afraid of something.

Often, the initial danger has passed and our bodies are still responding physiologically to something that is no longer a threat.

This is an important question and one which we must spend enough time considering.Focus:

If we understand that our fear is not helpful, but a hindrance, it’s time to make a plan.

This looks different for all of us.

For me, it involved putting together a plan to make my horse healthy, figuring out what kinds of interactions I could have with him that would be positive and build my confidence and finding people to help me work through my fear.

Therapists, friends, co-workers and special animals can all contribute to a healthy pathway out of fear.

Our plans should include stress-reducing techniques through yoga, breathing and mindfulness. Break the plan into small steps that will lead us to the right outcome.Follow through:

It’s time to work the plan.

For me, this was the hardest and scariest part.

I can write down on paper and chat all day long about how I’m going to “just saddle up without even getting on” today, but even that little task seemed monumental when the moment arrived.

Break the steps down into the smallest pieces you can imagine, no matter how silly or minute they may seem. Use a support system and get to it. Don’t procrastinate!

One step for me was sitting on my horse while my husband led the horse around by a rope. Let me tell you, I felt ridiculous, like a preschooler on a pony ride. At that time, I couldn’t manage anything more. I sat there and focused on breathing while he handled the big stuff.

In America, this can be a dirtier word than the other four-letter F-word.

Failure is integral to moving on from fear.

We are not going to march out and conquer that scary situation on the first try. It’s going to take making ourselves vulnerable, over and over.

It’s returning to the situation again and again, failure or not, for however long it takes.  Be ready to commit to “failing until you succeed” before you even begin this step.

The most helpful phrase I kept in mind during this phase was, “Is your fear more important than your passion?”

The answer was no. So I kept on failing.Have a little faith and fly:

This is where I would love to tell you that if you follow my six steps, I guarantee that you’ll be cured of your fears in a month (oh, and charge you $19.95 for the process).

We are as individual in our timing as we are in our fears.

But now is the time to sprinkle a little pixie dust on ourselves and jump.

Just yesterday, I was trotting on my horse at a pace that was giving me “fear” reactions—heart racing, heavy breathing and tense muscles.

And I was giggling hysterically. 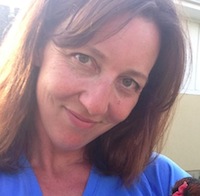