50 Shades of this Saved My Marriage (And it’s not what You Think). “You’ve never read it!?” my friend says, aghast, as though I’m from the moon because I haven’t read Fifty Shades of Grey.

“Here, read this chapter,” she says, thrusting the paperback into my hands.

Her husband grins as he walks by the table.

“Great book. I’ve never read it, but it always treats me right,” he says winking at his wife.

On my morning drives through LA, billboards for the Fifty Shades of Grey movie have begun to line the sky. On them, the word “curious” pairs with indulgent, provocative photos.

Yet something is missing.

Many people haven’t found a way to get—and keep—what they want in their relationships.

All of us possess a fascination with lust, love and the ways the two intertwine. While some of us indulge the fascination, some of us treat it as a hidden, and often guilty, taboo. Yet it’s within this bubble of pleasure and shame that sex finds itself a hot, little home.

As I sit at my friend’s table and take in the earmarked pages, I can understand the appeal. It’s not my thing, but by the way this book has taken off, I may be the minority. I have no doubt that the actor who plays Christian Grey will be fantazied over by vast numbers of women.

As women read the book (and I say women because let’s face it, they are the predominant readership), there are two different paths we might follow.

Both paths address the lovely quote about the greenness of grass.

The first path speaks of a grass that’s always greener in the neighbor’s yard, or in some magical place other than where we reside. Our attention becomes pulled toward the “other” and we obsess over things we find “there” that we perceive as lacking in our current life or relationship.

This is the path a majority of women traverse. As much as we like to think of ourselves as positive individuals, reality reveals our brain’s tendency to gravitate towards the negative, towards lack, towards the one black dot on the otherwise white wall—until the black dot drives us insane.

In a relationship context, this means that without training and awareness, our brains conspire to trip us down the staircase of unhappiness.

One of my friends, who’s a handful of years older and wiser, personally knows three women whose families have been destroyed by the choices they’ve made after reading the book.

It’s not about hooking blame onto a book or a person, but rather about using both to gain awareness into our lives. In my friend’s case, she observed these women reading about lust and sex. Inevitably they started to think on those things and soon lust and kinkiness shadowed their brains. It became terrifyingly easy to trip down the stairs, fall on another man and forget they had a family or life with someone else.

The new person made them tingle, and they hadn’t felt that in a while.

Adventure is fun. Lust is powerful. We’re naïve if we underestimate them both.

If you’ve been dating or married for some time, you know that things aren’t hot and bothered 24/7. Yes, you can still have amazing sex and you can try anything you both consent to, but with time comes a different level of relationship.

Most people end up sharing lives of day-to-day mundane, with a sparkle of extravagance. Over time, as we consistently see our partners in these mundane tasks, the sexy sparkle can fade. If we aren’t careful to nourish the relationship, other people can start to look appealing. Other people will suddenly show up to fill the holes.

What I love about my friend who handed over her copy of the book, was that she had taken the road less traveled, the second path.

She acted on a simple, logical fact.

“The grass is not greener on the other side of the fence. The grass is greener where you water it.”

“The grass is not, in fact, always greener on the other side of the fence. No, not at all. Fences have nothing to do with it. The grass is greenest where it is watered. When crossing over fences, carry water with you and tend the grass wherever you may be.”

Simple, right? Water the grass that you want to grow.

At one point in my life, I found myself teetering a few steps down the staircase. Fortunately, the guardrail caught me before I landed on my face with my life sprawled out in disarray.

What I realized is that it’s naive for any of us to think we aren’t capable of tripping a few steps, or slipping, tumbling or plunging all the way down.

There’s a spider web thread that separates those at the top of the staircase from those at the bottom. We are not that different. We all want similar things—love, adventure, validation, appreciation, and yes, even lust.

Only then, walk away peacefully.

Ask: “Have I done everything I could possibly do?”

It’s a crappy feeling to look back and wonder.

But there’s a profoundly awful and lingering sensation when you trip down the staircase and find yourself left with 50 shades of something you never wanted. 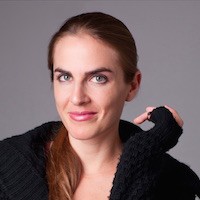