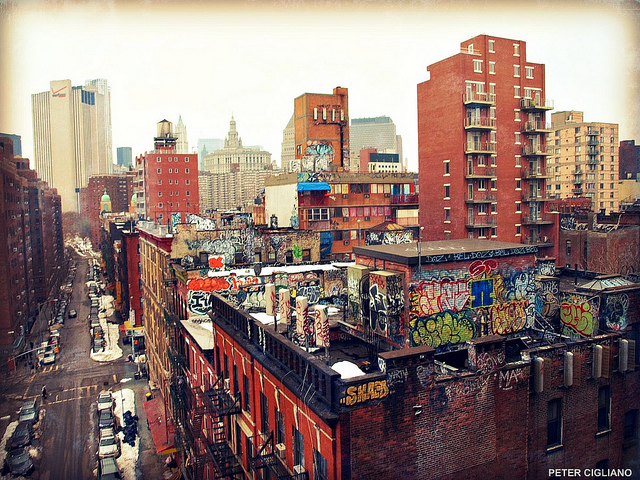 The thing that stood out most about America in my summer of travels was that it just seems overdeveloped.

It is like a man who has built up too much muscle or a game whose rules have become too complex. This overdevelopment is a sort of unsustainable development, but that is not my point.

And this seems to breed anxiety and a sense of inadequacy.

The overdevelopment here refers to the level of integrated complexity of the whole socio-economic system. This sort of development need not exist in the real world; it is enough that we imagine there to be this complexity. Many complexity theorists define something as relatively complex, after all, simply insofar as it is more difficult to explain.

The complexity, in other words, is whatever we experience it to be by nature of the difficulty we have in summing it up. And it has become ever harder to sum up what exactly is going on in America.

The result is that it has also become harder to comprehend just what makes the country function. This makes our experience of politics increasingly fragmented. Since we do not understand all of the issues that matter, we tend to specialize on this or that topic.

It is the same with the sciences, both natural and social. Most of us who know something are specialists, so almost no one has a grasp on where it is all going. And this sense of being a part of a big ship with no captain seems to drive a fundamental sense of anxiety.

Because we can only see the nature of our society in fragments, our experience becomes increasingly fragmented. It is harder to get the sense that we have a grasp on the world. And this leaves us alienated and, in a sense, homeless.

This feeling of not being rooted in a place, not comprehending the nature of the world around us, tends to make people anxious. And this anxiety tends to feed the development and use of the next new thing. We run to Facebook, television and snacks to feed this empty sense of anxiety. And the fact that so many of us are running after one thing or another just drives the complexity, which feeds again into the increasing sense of anxiety.

Now, development is usually a good thing. More options means more resilience, more adaptability and more freedom. But in America, it is as if the development of the self is not keeping up with the socio-economic complexity.

There is, in other words, a developmental split between the self and the society.

The self is weak and insecure, naive and incapable of grasping the nature of large scale systems; the society is bold and multifaceted.

Because Americans do not understand how it all fits together, America has to it a sense of aesthetic incoherence. It is not just that cars do not match buildings, which do not match one another, which do not match clothes. There is a fundamental sense that things are jumbled together, that the attention must jump from one field of interest to another, like eyes unable to settle in a messy room. We jump from sports we do not understand to reality shows that make no sense, from complex new games to complex new laws.

Part of this complexity is the result of America being a diverse society. Part of it is the result of America still being a somewhat new society, which hangs awkwardly together. But much of the problem is that we are so overwhelmed that we have narrowed our vision. Thus, the developer does not develop in accord with the natural flows and surfaces he finds surrounding his development project. The corporation does not adapt itself to the local culture. The politician does not focus on the legislation that would make it all hang together more coherently.

The Serbians we visited this summer had roughly a quarter the per capita GDP as Americans, but they managed to create a beautiful city, filled with parks, in which people dressed well, and restaurants and coffee shops were developed with taste. Some of the reason for this was that they valued aesthetics over solid infrastructure. Part of it was the result of it being an older, more homogenous culture, which was largely made so through ethnic cleansing.

But part of what made it like this was simply the lack of economic development. It was similar with the Palestinian West Bank. Things there fit, and this was largely because it was a more traditional society. But the experience of this fit was a relief. It allowed the mind to relax and for an opening to occur between people.

More complex human systems, whether they be economies, political systems or human beings themselves will always risk incoherence. And they will be harder to grasp. And they will always have multiple advantages over simpler systems, perhaps the most important being that they have a greater range of capacities.

But American socio-economic development is what we might call pathological development. It is like an untuned instrument, played at the wrong time.

We would do well to step back and simplify, and then to feel our way more carefully into what we are creating.