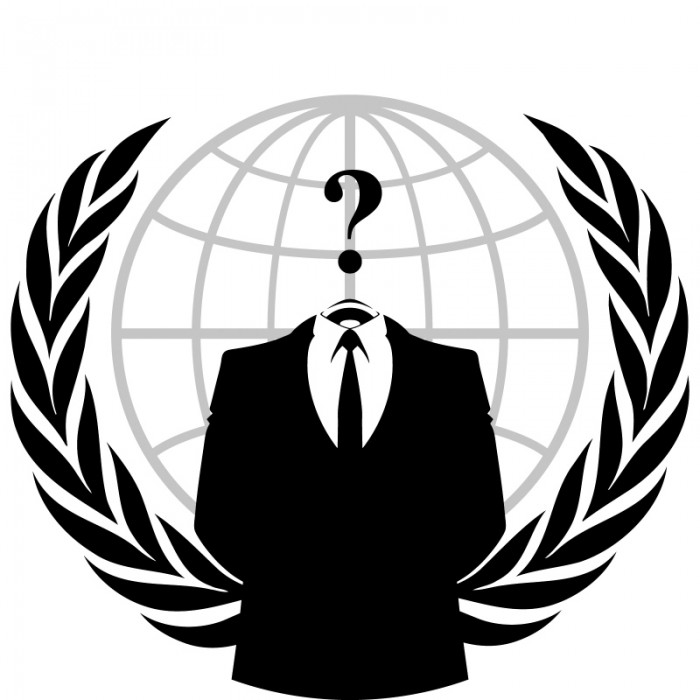 “ISIS, we will hunt you, take down your sites, accounts, emails and expose you…

From now on, no safe place for you online…

You will be treated like a virus, and we are the cure…

We own the internet…”

“Hacktivist group Anonymous has reported that more than 5,500 Twitter accounts belonging to Islamic State have been taken down. It comes after the collective declared a “total war” on the militant group following the Paris attacks,” RT News reports.

They released the following video in response to the attacks on Friday night:

If you feel like you’re living in a modernistic, techy spy movie, well, you’re not the only one. Still, Anonymous’ track record in well-planned hacktivism against ISIS makes me hopeful that their actions could bring real results.

I’ll be following this story closely; my expectations are high.

Update from BBC: “Hacktivist group Anonymous is ramping up efforts to tackle sympathisers of the Islamic State group on Twitter. It has published a list of Twitter accounts it claims are spreading propaganda in support of the group. Some accounts have been flooded with images of Japanese anime characters to try to influence search engine results for phrases connected to IS.

Rashad Ali, a senior fellow at the Institute for Strategic Dialogue which works on ways to counter extremism said the approach did have merit […] “However,” he said, “it’s not a solution because what we now need to do is not just take down accounts but actually provide new narratives for people.

“This is where we are failing,” he said. “We have not had a strong, thought-out counter-argument to IS’s message.”

This is crazy, cool, unprecedented and utterly modern activism at its finest. It also calls for serious thought and discussion on how our global community should and does act.

In February, cyber collective Anonymous released the above statement along with lists of ISIS-affiliated Twitter accounts, emails and (suspected) Facebook profiles. As ISIS has relied heavily on Twitter for recruitment and propaganda, the disabling of its accounts could significantly hinder these activities.

This is presumably just the beginning of a larger #OpISIS endeavor.

Hackers, hacktivists, cyber spies, vigilantes, the guy next door. Anonymous has been called—and has called itself—all of these things, but one thing is certain: It is anything but a monolithic entity. A loosely-tied global community acting virtually and sometimes physically, in groups and independently, for fun and for ideology, Anonymous follows few set rules.

A few broad guidelines do however apply: members, or “Anons,” generally support net-neutrality and oppose censorship, will not disclose their identities, and do not talk about the group.

Critics have referred to the group as “cyber terrorists,” while supporters have dubbed them “digital Robin Hoods.” Anonymous has claimed responsibility for attacks on the Church of Scientology, child pornography sites, PayPal, the Ku Klux Klan, and government agencies like the US, Israel and Tunisia, often in the name of pro-freedom, anti-censorship principles.

Though many arrests have been made, self-professed members seem to number in the thousands, with a presence so fluid and nebulous one could never hope to fully bring it down.

The question I’m asking is: Should we want to?

With no leadership, no centralized authority, and an identity and philosophy that are vague at best, Anonymous proves a fascinating experiment in virtual anarchy, political action, and collaboration.

It also provides a desperately needed restraint on the forces that be: governments, corporations and large-scale censorship—physical and virtual both. Vigilantes have always played their role in society and the Age of Technology certainly calls for a new kind of defenders.

“Anons” act  towards political, comical or purposeless ends—alone and in ephemeral, briefly-formed collaborations.

Really, it is somewhat erroneous to refer to Anonymous as “it” or “them,” since it largely seems to be characterized as “anyone” and “everyone”: A vast and shifting, loosely-affiliated assembly of voices, identities and agendas. Theoretically, in acting according to a relentless individual morality, that community also acts in the interest of the masses.

But can a global community have such well-aligned interests and goals?

“We come from all races, countries, religions and ethnicity. United as one, divided by zero. We are Anonymous.”

What these faceless (and bodiless) people have accomplished—against ISIS and elsewhere—is astounding. They operate weapons that are arguably more powerful than any guns or missiles; that is, they deal in information. That this power resides in the hands of so many individuals who act outside of legal or social constraints is either terribly exciting or rather terrifying, depending on your stance.

This is something quite new (a decade old at most), and a considerable adversary to those who oppose its values. Who else has challenged ISIS so fearlessly—and effectively?

Personally, if someone is going to own the internet, I would rather it be Anonymous than Google, Comcast or a government body.