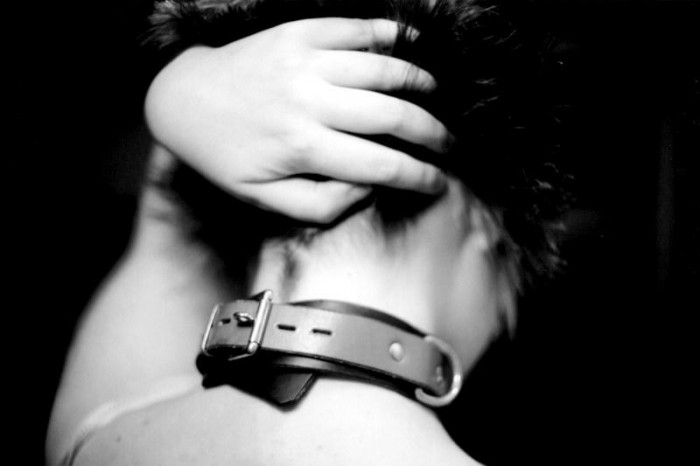 My thoughts and feelings are still ruminating and integrating in regards to the momentum that 50 Shades of Grey has achieved.

50 Shades of Grey is gaining popularity at a snowball rolling down a hill type of speed. I have more questions than anything else: Are we in for the inevitable crash at the bottom of the hill? What will the “snowball” gather as it travels? Will the visibility and undeniability of its size force mass discussion?

I can recall sitting on my porch a few years ago discussing, with a prominent member of the BDSM community, why I chose to read the books. As one who was in the sex toy industry for quite some time, and who continues to train and educate others on current medical and social ideas of sexuality, I felt it was an obligation to be aware of the content of the growing popularity of the books. I feel it is a continued part of my purpose to educate people in order to change our culture from one of sexual shame to one of a Sex Positive nature. Whether I liked the books or not was really a moot point.

There is a big difference between a BDSM “scene”, a pre-negotiated and well-discussed scenario, and what 50 Shades of Grey depicts, which is, among many other things, coercion. That being said, the book was fantasy and not unlike other fantasy in the genre, albeit there are better written ones. This fantasy has reached the masses. And it was written by a woman—Definitely something of note for me. I do not care to diminish a woman’s fight to express her fantasy as freely as any other author of any other genre. This story has given voice and permission to so many to release their fear of expressing a desire that, itself, is clouded in shame.

The struggle, for me, is its crossover into mainstream media and the unsuspecting masses who try to mirror the romance of the movies and take it as the depiction of what romance looks like. In addition, we are experiencing a much louder voice standing out against rape culture. People are finally speaking up, being heard and demanding that we call out the constant fear of rape as something real. The BDSM community already struggles with “dangerous tops,” and true consent vs. coerced compliance in the name of the “lifestyle”. The discussions have increased as the community still works on defining the tenets of Safe, Sane and Consensual. Add the flood of the newly awakened to this flavor of desire and it has the potential for disaster, or an even broader discussion with even more voices!

In the end, we cannot go backwards. Just as the Internet opened the door for the once-shrouded and darker (or so we thought, until we realized others had similar desires!) fantasies to come into the light, 50 Shades of Grey has opened a door. Ultimately, I hope that the educators in the BDSM world up their game and provide a multitude of more accessible opportunities to those who may flood their realm. I hope those who are financially benefitting from the increase in their sales rise up to the challenge and prominently discuss the concepts of safe, sane and consensual with their distributors.

This dialogue needs to be ongoing in order to aid in actualizing fantasy and releasing shame, rather than contributing to the confusion of the potential mass idealization and romanticizing of coercion. We have the power to determine the direction of the momentum and which way the ball will roll as well as what it will pick up along the way!