Is it Gluten Intolerance and Celiac Disease, or are We Being Poisoned? 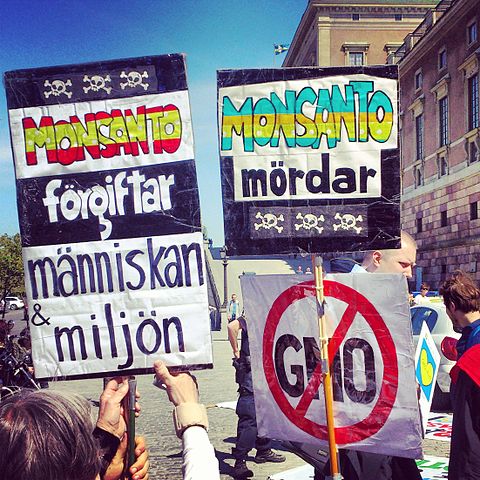 I have Celiac Disease symptoms in the USA, but not in Italy or most places in Europe that regulate their food and lean “bio” or organic. And that leads me to wonder, are we being poisoned in the U.S.?

The incidence of Celiac Disease and Gluten Intolerance and all the gut-wrenching, bloating, and autoimmune disorders it can cause has exploded over the past 10-15 years, and now we may know why.

I began having symptoms like terrible stomach and gut pain, severe bloating (five pounds of fluid in an hour that lasts for days), fatigue, joint pain, rapid weight loss, migraines and malnutrition in the Midwest right when these herbicides began being used in my beloved Heartland, and now they’re used all over—and much more.

As someone close to the farming process and those who farm, including friends whose farms were bought out by Monsanto, making them employees of this behemoth, I can tell you that there are many other chemicals used in planting, during the growth phase and pre and post-harvest. Researchers are focusing on one in particular, a chemical in Monsanto’s herbicide Roundup named glyphosate. This toxic compound has been shown to cause Celiac-like symptoms in animals.

Since glyphosate-based herbicides appeared on the market in the 1970s, the incidence of Celiac in America have skyrocketed by 400 percent.

Coincidence? Or maybe much more.

As someone who grew up in the Midwest where Monsanto and their herbicides began moving into our food supply—and as someone who developed this disease at the exact same time, after being alive for 15 years without any symptoms whatsoever, I can tell you this company is no joke and they don’t care about your health—just the bottom line.

They and other companies like them are the factory farms of vegetables and grains.

If we as yogis or supporters of small, family, organic farms and if we are at all concerned about the wellness of ourselves and if we wouldn’t let our children eat Oscar Mayer hot dogs three times a day, or give them a spoonful of herbicide once a year—then why are we participating in, and then mystified when strange illnesses begin presenting themselves after a few years of eating those “regular old” bagels, pasta, muffins and tofu?

Now, I’m aware that there are genetic markers for Celias Sprue (aka Celiac Disease), and some people are absolutely unable to ingest wheat or other gluten-containing products. I’m not advising you to go to Italy with me and chow down on a fettucini Alfredo, and I know other countries, including Italy, are exhibiting Celiac as well.

However, it’s worth noting that many, many people without the genetic marker are reacting to gluten. And some with the genetic marker, myself included, react far worse to conventional or GMO or sprayed wheat, corn and soy, than non-GMO and non-chemicalized product. In countries like Italy, where GMO and chemicals are not as ubiquitous as in the States and Canada, we see the disease rearing its ugly head at a fraction of what it is here.

I believe all people, whether you are exhibiting symptoms or not, would do well to cease their support of non-organic foods containing pesticides, herbicides, hormones, antibiotics and other crap.

I believe we are intelligent enough to stop arguing about the fact that we should no longer swallow—or support companies that spray their products with things that kill life forms like insects, plants and animals–and, quite possibly—us too.

What do you think? Is Celiac Disease something our bodies just suddenly all made up at once?

Or is it environmentally caused by this company and others like it?

What are you gonna do about it in your own diet?

Here’s how I’ve decided to be the change I want to see in my own body, and the larger world community:

I’m personally boycotting products made from Monsanto-produced food, other pro-chemical companies and as many GMOS as I can suss out of my daily diet. I am going to focus solely on small, organic family farms.

And please—remove saccharin and aspartame (fake sugars and things containing them).

Our bodies are trying to get us to listen to the simple fact that we cannot continue arguing Mother Nature.

She will always win.

Will you do this with me? A company can’t thrive if we don’t buy…

EDITOR’S NOTE: This post hit a nerve with a many of our readers, based on the idea that the above is not factual or accurate in formation.

A note from the author:

I’ll let all of those of you who told me I was misinformed or questioned my science take a moment with this admittedly mind-bending information.

Moving on, for those who informed me, although they don’t know me, that I do not have celiac disease but rather am simply intolerant,

I have the genetic markers for Celiac Disease, and I react with hours of insane cramps, abdominal pain, inflammation and nausea to the GMO, pesticide-sprayed wheat in the USA which can have around 25x more gluten than usual, and the type of chemicals I wouldn’t ask a child to drink a teaspoon of, much less ingest myself.

However, I do not react hardly at all to the non-GMO, non-roundup-sprayed, organically grown wheat in Europe or other areas that grow a more clean product. So to say that I have Celiac “symptoms” and not the disease, and to bow to people who are misinformed about the spectrum of sensitivity in those with Celiac markers is allowing a tyranny of Celiac gatekeeping to occur. Just as the disease can cause gastric distress in one person, chronic fatigue or inflammation in another, there can be a spectrum of reactivity amongst the actual humans who have it.

People tend to get their Celiac panties in a bunch (and, strangely, defend their or their children’s Celiac Disease, as if I’m trying to take it away from them) whenever someone like me suggests that, though a tiny fraction of those with the genetic markers will ever get symptoms, perhaps many people with the genetic marker who wouldn’t otherwise have symptoms—and/or those who do not have the genetic marker but are reacting poorly to gluten—are actually being forced into full-blown Celiac or Celiac-mimicking symptoms by disproportionate gluten amounts and harmful pesticides being put into our food. I am perhaps one of the former.

The main point of the article was not that I have to have Celiac Disease the same way other people who wrote in have it, as there is no one-biological-response-fits-all, but that we should all be more careful of what we are eating, and from what sources, and sprayed with what harmful excessive chemicals. I would hate to see that get lost in the defensiveness of some people around their stake in ownership of Celiac Sprue.

Monsanto’s Dirty Dozen: The 12 Most Awful Products Made By Monsanto. October 7, 2014 by Mark DeNicola.

Why the Use of Glyphosate in Wheat Has Radically Increased Celiac Disease. Sept. 14, 2014. Mercola.com.

Can GMOs Cause Gluten Intolerance? 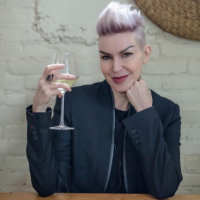