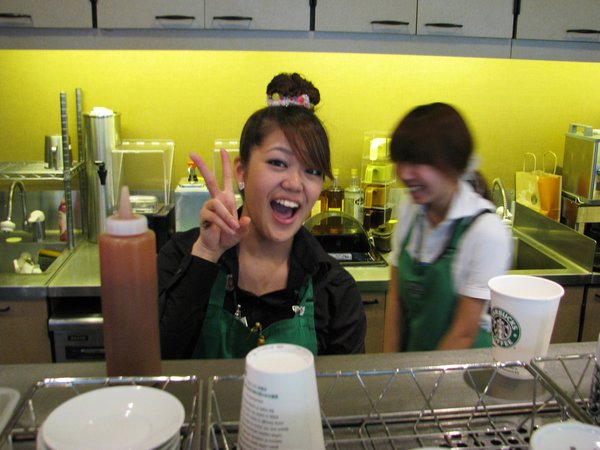 “Starbucks is proud to join other leading Northwest employers in support of Washington State legislation recognizing marriage equality for same-sex couples. We are deeply dedicated to embracing diversity and treating one another with respect and dignity, and remain committed to providing an inclusive, supportive and safe work environment for all of our partners.”

However, following this announcement they found themselves targeted by anti-Christian and other campaign groups calling for a boycott of their company, due to many being deeply unhappy at Starbucks’ support of gay marriage. Petitions and protests followed and some shareholders sold their shares to take a prominent stand against the statement.

During Starbucks’ recent shareholder meeting Tom Stobhar from the Corporate Morality Action Center spoke of his concern that Starbucks’ support for gay marriages was affecting company earnings, saying, “In the first full quarter after this boycott was announced, our sales and earnings—shall we say politely—were a bit disappointing.”

“Not every decision is an economic decision. Despite the fact that you recite statistics that are narrow in time, we did provide a 38% shareholder return over the last year. I don’t know how many things you invest in, but I would suspect not many things, companies, products, investments have returned 38% over the last 12 months. Having said that, it is not an economic decision to me. The lens in which we are making that decision is through the lens of our people. We employ over 200,000 people in this company, and we want to embrace diversity—of all kinds. If you feel, respectfully, that you can get a higher return than the 38% you got last year, it’s a free country. You can sell your shares in Starbucks and buy shares in another company. Thank you very much.”

Within seconds, the meeting room broke out with cries of support, cheers and a resounding round of applause.

Starbucks is one of 300 companies in the United States that have signed a brief encouraging the Supreme Court to overturn the Defense of Marriage Act.

Howard Schultz is also not afraid to speak out and support other sensitive subjects and recently implemented a “Race Together” campaign across stores. Although the race campaign has been highly criticised, Schultz’s intentions were to use the coffee shop meeting points as places to bring societies closer together by talking openly about race, with the aim of breaking down many of the barriers that are unfortunately still in place today.

The move was criticised as opportunist and also that there needed to be more work put in to educate their staff fully about race before instigating these conversations.

Although Starbucks has announced they will no longer be writing “Race Together” on customer’s cups, they will still be continuing the initiative on a broader level, with Schultz explaining, “While there has been criticism of the initiative—I know this hasn’t been easy for any of you—let me assure you that we didn’t expect universal praise,” and further the campaign at its core aims to make sure that “the promise of the American Dream should be available to every person in the country, not just a select few.”

While I agree, Starbucks may not be the ideal place to open up the race conversation and I hear the concerns that question the motives behind this unprecedented move, however, I also feel that at least Schultz is willing to take action, to stand up and speak out about what he believes in and is trying to send out a strong and clear message that his vision for the future is one where we have acceptance for all society’s diversities.

I have not always been Starbuck’s greatest supporter due to a few of the unethical practices they have implemented during their time. However, any powerful company that takes a strong stand with the intention of breaking down society’s barriers and are making moves to support fairness and equality in society, will most certainly be getting my full support.

What do Monsanto, Starbucks & Whole Foods have in common?