A Step in the Right Direction: How Costa Rica made me a Climate Change Optimist. 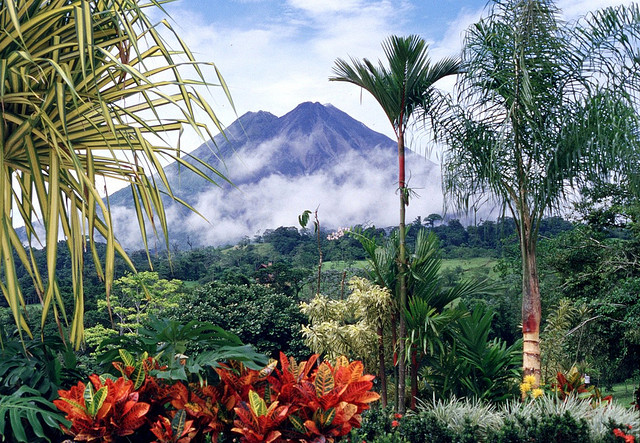 This is what we know about Costa Rica: great forests, beaches, volcanos, service with a smile and (formerly) affordable travel prices.

Since the 1980’s, Costa Rica has become the virtual poster child for ecotourism in the Western Hemisphere with an impressive system of national parks and protected areas, covering nearly a quarter of the country’s land mass. In 2014, Costa Rica attracted 2.5 million tourists.

It has also become a popular destination for retirees who are looking for something a little more adventurous (and a lot less expensive) than Florida. In fact, the nation has been nicknamed “the Switzerland of Central America,” due to its political neutrality and stunning natural beauty.

But, last week Costa Rica made an announcement that should have made the world stop and listen to its small but confident voice—though it went virtually unnoticed by the mainstream press.

In the first quarter of 2015, Costa Rica produced 100% of its energy from renewable resources, an impressive accomplishment.

In 2009, at the United Nations Summit on Climate Change, Costa Rica made an international commitment to become carbon neutral by 2021. While critics scoffed at the proposal as being unrealistic, the data from the first quarter of this year indicates that the plan is on its way to successful implementation.

In addition to Costa Rica, the other countries who have committed to obtaining carbon neutrality are: Iceland, Maldives, New Zealand, Norway, Tuvalu, Vatican City, British Columbia and Bhutan.

Carbon neutrality refers to reaching a net zero carbon footprint. Net zero carbon emissions can be achieved by balancing the amount of carbon released into the atmosphere with the equivalent amount sequestered or offset, through environmental planning and sustainable management of natural resources.

Another option, popular with “developed” nations, is to buy enough “carbon credits ” to make up the difference, though this really allows industrialized nations to “pay to pollute.”

Granted, Costa Rica is a very small country, with a population that might reach five million. Detractors could argue that on such a small scale, renewable energy strategies are much easier to develop.

However, despite being the most economically and politically stable country in the Central American region, Costa Rica is 17th on the World Bank’s ranking of countries by gross domestic product, with just $10,185 per capita. That does not provide a comfortable margin for investment.

There are sixteen other countries in the world that are producing more than 90% of their energy from renewable resources (Albania, Angola, Belize, Bhutan, Brazil, Burundi, Democratic Republic of Congo, Iceland, Kyrgyzstan, Laos, Mozambique, Nepal, Norway, Paraguay, Tajikistan, Zambia). However, only three of those countries (Brazil, Iceland and Norway) have diversified energy production strategies that include more than just hydroelectric.

One of the most notable points about Costa Rica’s strategy is that they are developing hydroelectric, wind, biomass and geothermal.

In all fairness, Costa Rica’s carbon neutral plan is not perfect—environmentalists and climate change experts have noted that Costa Rica will not have an easy time reaching carbon neutrality, due to the lingering dependence on fossil fuels by the inefficient transportation system.

No doubt, there is a lot of work to be done to reduce greenhouse gas emissions and wean the addiction to petroleum. It would also be encouraging to see Costa Rica add solar to their diversified strategy, due to the nation’s global position, between the tropics of Cancer and Capricorn.

But, in a world where we are accustomed to bad news and vehement disapproval of everything that smells like progress, I believe this small feat is worthy of celebration.

Costa Rica has had the courage to establish an idyllic goal, which will only result in a positive contribution to thwarting climate change.

The United States, with much greater capacity for research, development and investment, produces only 10% of its energy from renewable sources.

Earlier this week, the U.S. presented its new climate action plan to the United Nations Framework Convention on Climate Change. It remains to be seen how much progress will be made by the U.S. and other developed nations, the primary contributors to the emissions of greenhouse gases.

In the meantime, let’s celebrate Costa Rica’s victory and follow the giant example from this tiny country.

List of countries by electricity production from renewable sources

Divesting from Destruction: How to Fall out of Love with the Fossil Fuel Industry. 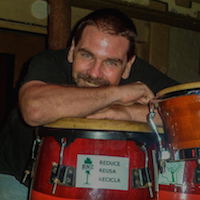