Gibran Lead me Back to Lebanon. 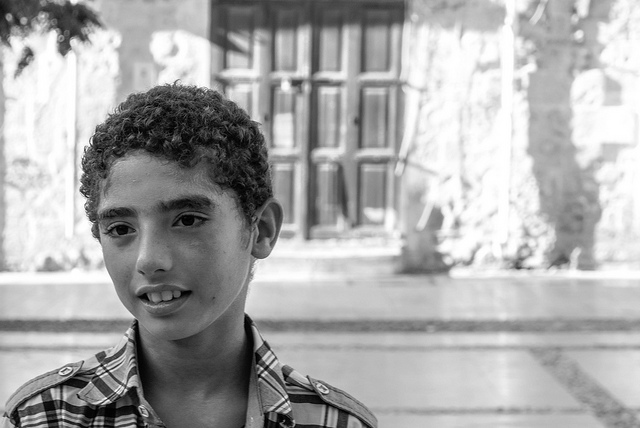 I find myself drifting back to memories of the wonderful summers I spent in Lebanon until I am suddenly nudged to leave the empty airplane.

I remember why I am on the plane in the first place—Kalil Gibran—and I smile.

Soon, the quiet of the empty plane is replaced with the noises of a city.

My taxi driver complains that the political leaders of Lebanon are robbing the nation.

“They’re all in on the game,” he says, “cheating the Lebanese people of their futures and livelihood“.

I love listening to taxi drivers.  I consider them the eyes and ears of their city, capable as conduits of the city’s lived secrets.

Though I do not live in Lebanon, I know that many of the four million Lebanese suffer without jobs, without any kind of infrastructure, and that they live in daily fear while five or six men rule by dividing the nation.

I consider his comments, and the Lebanese poet Gibran’s words come to mind:

“Pity the nation that acclaims the bully as hero, and that deems the glittering conqueror bountiful. Pity a nation that despises a passion in its dream, yet submits in its awakening.”

Gibran is the reason I decided on a whim to travel to Lebanon, the home base of a museum dedicated to the poet.  Prior to the decision, I felt spiritually bankrupt.  I knew that a visit to experience Gibran’s museum and see my family would be an ideal way to rejuvenate and awaken me.

Eventually, I realized the trip was turning out to be not about rekindling my spirituality as much as unraveling many hidden feelings inside of me.

During my visit to Lebanon, I reconnected with my country and its people in a way I never had before. I empathized with the plight of Lebanon’s people and felt my stomach tighten every time a taxi driver complained or cried about his misery.

I would become riled when I heard about a top bank manager earning as little as a janitor in any average American university, or when I heard that someone born into a specific religion, sect, or village would be ostracized, attacked or could miss out on a job opportunity because of their circumstances.

It was immediately clear to me that the Machiavellian political barons of Lebanon were getting what they wanted. When they didn’t, they were ruthless in retribution.

But had the Lebanese given up on the fight, as they were too tired or too afraid to lose the few benefits they had received from those in charge? Had they silently agreed to the terms of their devils so that they didn’t have to suffer more pain?

Why had circumstances always conspired to keep me away from this country for so long? What about Lebanon and its people had led me to adopt other countries? Would I ever return here to live?

Once again, Gibran’s words effortlessly described the duality of my thoughts perfectly:

As I entered his museum, I began to understand the real Gibran, imaging how he might have been as a person. He wasn’t just a writer of beautiful words or a painter of breathtaking pictures, but a messenger from some higher place who came to serve as a reminder, as an exemplar and a guide to we mere mortals.

His message was simple: that we are beautiful souls having a human experience and we are united in this experience called life. He communicated in a language that addressed our hearts, directly removing the need for our analytical minds. His words will remain immortal. I reached his tomb and read his epitaph:

“I am alive like you, and I now stand beside you. Close your eyes and look around you. You will see me in front of you.”

I was overcome, and tears rolled down my cheeks like a summer thunderstorm that erupts without warning.

I was intoxicated with the “wine of life” Gibran is famous for referring to as it stirred something deep within me. He made me feel like there was someone looking out for me — like my heart had expanded, as if I was all-knowing and felt absolute peace.  Most of all, I felt totally loved.

I walked down to a spot where I saw some cedar trees and sat in awe of them for a while. I could swear they were talking to me, inviting me to come closer and to observe how simply they live.

I wondered if they were trying to tell me that they knew where they belonged — in this mountain range, in this Lebanon.  Were they trying to remind me that they endure tough winters, braving the cold and abrasive winds? It was as if they were saying:

We shed our leaves and our seeds and stand naked, and yet we stand tall. We also go through the spring, where we grow our seeds and leaves, and we stand just as beautiful and tall. Throughout the year, we stand together, grateful, joyful and accepting of what comes our way.

It seemed they were echoes of Gibran,  resounding centuries after he wrote, “We choose our joys and sorrows long before we experience them.”

The drive back from the museum was long, lonely and sad. The good energy had left me, replaced by a creeping self-doubt and despair. Soon these thoughts were like an invisible force with a will of its own, whispering and spreading rumors inside my mind, wiping away all of the peace I had found earlier that day.

I had reached a crossroads in my life. I had to make some tough decisions.

Where will I live in five years? Who will I become in the next stage of my life?

I feel like I’m living a double life, caught between the spiritual and material worlds. I find it difficult to fuse both realms into one life and it makes me feel lost, confused and frustrated. This taps directly into my greatest fear –– that I will live a mediocre life, far away from my country, my tribe and my true essence, only realizing on my deathbed that I chose the easy way instead of the more authentic one for me.

The night before I left Lebanon, I read Gibran and stumbled upon these words:

His words and my thoughts met for a timeless second and painted a picture of clarity for me.  I realized that fife is all about asking questions, and ultimately it’s about asking the right questions relative to me and my own journey.

I must ask the right questions. Only then can I start living the answers to my life.