Some Help for the Nice Guys, Please. 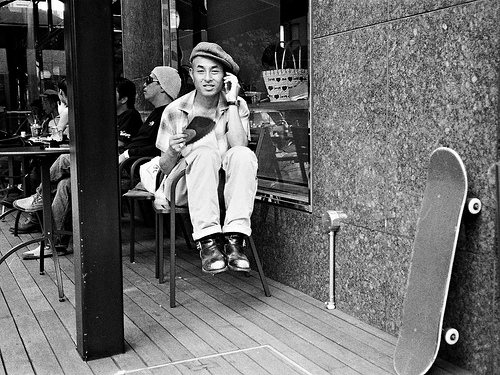 Eleditor’s note: Elephant is a diverse community of nine million readers and hundreds of writers. We are reader-created. Many blogs here are experience, opinion, and not fact or The One Right Point of View. We recognize that our audience members may not fit into the binary gender narrative or heteronormative context that some of our articles are framed around. Join in on the conversation or start your own by submitting your writing here.

A nice guy, a beautiful woman.

The man likes to be around her, he likes her and wants her. He thinks she is gorgeous, intelligent and fun, an answer to everything he has been looking for. In his eyes she shines as bright as the sun.

She is up on a pedestal where he worships her as a goddess and sees nothing but good about her.

She feels this worship and intuitively she knows what happens to someone up on a pedestal. Eventually they fall. Or perhaps they get put in a box safe and secure and hidden from the world like the precious thing they are. Neither of these scenarios is ever pleasant and she keeps a somewhat cautious and platonic distance.

At some point, however, the man finally musters enough courage to express his undying “love” and the woman protects herself by brandishing the magical boundary creating words “I like you as a friend.”

The man feels shot through the heart by yet another arrow of perceived rejection and he reacts. He flails about irrationally and uncontrollably as it feels like he is bleeding to death…again. He says crazy things, maybe even hurtful things.

“Aha” she says as this example has once again sadly validated her intuitions. Even more sadly they part. The man hurt and confused. The woman confused and disappointed. Only to repeat the story again somewhere else at some other time.

A nice guy is a man who, for whatever reason, does not inspire a woman towards romance or sexual interest. It may be, like in the brief example above, that he puts her on a pedestal, or it may be for some other reason. Whatever the reason nobody really wins from this scenario. The woman may struggle to find a guy who is authentically nice and turns her on. The nice guy…well he is probably lonely, sad and sexually frustrated and as a recovering nice guy I know these feelings all too well.

I think most nice guys are actually genuinely nice. They are also often introverted, sensitive and somewhat socially awkward or just uncomfortable expressing their sexuality. In a nice guy’s path to manhood he may have never had a decent role model to show him how to behave with a woman. Perhaps he was humiliated by his first advances towards women or perhaps he was bullied in high school and his confidence and self-esteem have not yet managed to recover.

Whatever it is, a nice is just another human being trying to do the best he can with what he has.

What I am most interested in, though, is ending this story. I mean truly ending this entire story of nice guys and friend zoning. I invite us together to take this karmic unfolding and resolve it fully and completely as we evolve our species into new possibilities of mutually empowering relationship.

If a woman feels good enough about a guy to genuinely want him as a friend then obviously there is something appealing about him, even if that isn’t enough for her to want anything more. He may be intelligent, playful, fun and a really good listener. However there is something missing, or perhaps there are faint alarm bells that has a woman become suspicious and has her turn off her body to him.

What I am suggesting to self-aware women is to consider how they might empower such a man rather than add further to his pain, even if they don’t mean to cause him pain. Rejection hurts and there is so much charge for this kind of man about being told he is only desirable as a friend.

If a man is scarred too much he may collapse completely and resort to drastic actions. Filled with resentment he could turn to the world of manipulative seduction causing pain to others now or he may completely retreat from the world. He may become violent either outwardly in hurting others or inwardly in hurting himself and at the extreme taking his own life.

It happens. Male suicide is the highest it has ever been and we need help!

Very few men go on to deeply engage the work necessary to meet a woman fully and in his power, I want to change that and I ask women to help. I believe we all want this outcome. Women want a gentle, strong and confident man. Men want to be strong and confident. The world needs more empowered yet gentle and sensitive men. Badly.

I have heard of ancient indigenous cultures where men were initiated by women in how to relate to women. Our culture has none of that. Many of us grew up starved of that kind of contact with women. We watch the naturals, those men at ease with women, and do not understand. These naturals likely their early years were surrounded by women. Perhaps they had older sisters, or extroverted parents. Somehow they were exposed to the ways of women and it was enough. Others of us have had to instead stumblingly attempt to educate ourselves, and it’s not easy.

More and more am I convinced that to truly evolve our culture we need to work together. The personal work is not enough, we need to deepen and authenticate our relationships.

Wouldn’t you rather be around empowered men than more hurting and broken man?

We can help each other. If you are truly genuine in your desire to be friends with this man, then truly be his friend. Support him. Hear him as he hurts, then challenge him lovingly to grow. Rather than say “lets just be friends” be more authentic, more real. Tell him what you like about him and tell him what feels off to you. Rather than dismiss him, work with him.

Together, co-create empowerment and new possibilities. Help him let his natural attractiveness shine.

Maybe this man will grow into his power enough that you will find yourself irresistibly drawn to him, or perhaps he will go on to bring joy and love to one of your friends, or any other woman out there looking for love. Regardless there will be more love and you helped. You helped to grow more love in this world and to heal some of the immense pain of our human story. 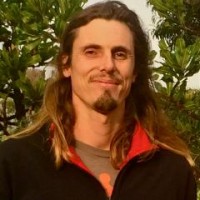