Baltimore, Ferguson, Vancouver: Do Not let this all be in Vain. 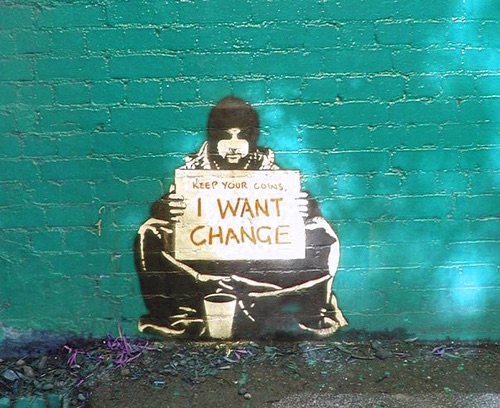 I want to change the world.

Not in some romantic “I want to leave my impression” kind of way. I mean real change.

I don’t need to be remembered, I don’t want to be quoted like Rumi or Alan Watts.

I simply want this world to be a bit better off when it’s my turn to leave it.

Growing up, I was convinced that this goal was within my grasp—that I really could do or say something that would make people put down their guns, make people okay with having a bit less money as long as it meant everyone had the basic necessities.

I don’t want to say it’s impossible, because that means losing hope. But I’m 22 years young and can feel the burnout of activism setting in like a thick fog, making it both hard to fall asleep at night and to get up in the morning.

Lately, Baltimore has been the cause of my restlessness.

My heart is heavy as another story surfaces of a needless death. Perhaps it was a justified arrest, perhaps not. Regardless, another young man has had his life taken from him.

On April 19th, 25-year-old Freddie Gray left this world after suffering for a week with a severed spine and a crushed voice box, which were sustained during his arrest in West Baltimore. His crime? Making eye contact with a police officer and proceeding to run in the other direction.

Thousands have taken to the streets in protest, and thousands more have taken up arms on the other end, calling rioters and protesters “thugs.” Debates are centered around whether the protestors should be considered criminals and if state sanctioned control is needed, not around why they are begging to be heard.

Even the peaceful ones are having their voices silenced.

My heart is heavy as the story of Joseph Kent surfaces, a 21-year-old organizer who was prominent in Ferguson and more recently in Baltimore. As he was pacing back and forth in no-mans-land between the protestors and police, he called for peace, asking the protestors and media to disperse.

While he was asking for the very thing the police wanted, a military humvee drove by and police officers threw him in—without even stopping the vehicle.

One less peaceful organizer who had the respect of the community—and potentially the ability to settle some of the chaos. My thoughts linger on him and the other 250 plus protestors who have already been arrested, many of whom had been peaceful.

I start to wonder what I’m doing here, if it really makes a difference or if I’m only looking for trouble.

One of the purest depictions of strength is telling the truth, and the truth is that I’m tired.

I’m tried of wanting to change things but not knowing where to start—and maybe a bit scared that I could be next as I watch people get hauled into police vans in Baltimore and Ferguson. In Vancouver with the pipeline protestors. In Quebec and Toronto with students demanding lower tuition fees and less social cuts. And I can’t say I wasn’t scared as I watched an unmarked police SUV follow a march that I organized against Bill-C51.

Is this the best we can do? Is this how we treat the people in our society who want nothing but to create a better future for everyone involved?

I know hope hasn’t fully abandoned us yet. I see it in the eyes of the thousands of peaceful protestors occupying the streets of Baltimore and across the country, choosing to remain calm amongst the riots, hurt and confusion. I see it in the faces of my own friends as we stand side by side, calling for animal rights, for better access to healthy food, for the protection of those who have to face racism, sexism and homophobia on a daily basis.

This is an SOS call—and how we respond will write our future.

If the sight of riots, burning cars and smashed windows are more jarring than thousands of individuals being left without the means to have a decent life, then we are about to lose a very important battle.

If we continue to believe that our greatest enemies are those who are suffering the most in society instead of those who sustain the inequality itself, we will have no ability to join together in solidarity.

If we start to believe this is all we deserve, we’re done for.

It’s with a heavy heart today that I ask to not let this all be in vain.

Too much has gone into it, too many people have lost their lives and too many visionaries are sitting in cages, dreaming of a better future even despite the bleak situation they find themselves in.

There is so much left to be done, and 22 is too young to be burnt out. 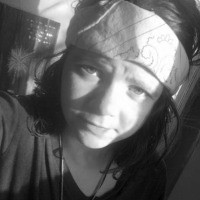