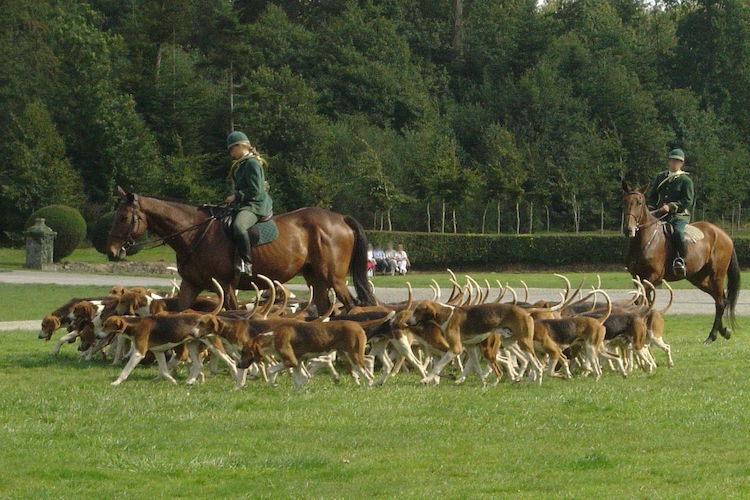 The article and others similar received resounding responses of adoration and cuteness from thousands of people all over the world.

We look at images of furry creatures in their natural wild habitats and the majority of us animal lovers automatically think, “Aww, how sweet, I want one!”

We obviously know that they are happier in their home environment, although it doesn’t stop us longingly looking on and imagine being able to interact, stroke and connect on some level with these animals.

Those who have read the book The Little Prince, will be familiar with the interaction the Prince has with the fox in the story and no doubt have a particular fondness for the friendship they have.

The fox in the story was wild, yet, the two bonded and with that the quote, “One only understands the things that one tames,” makes sense to all who have read it.

As a culture, we tend to have a very different mindset towards an animal in the wild than we do towards our domesticated pets. Yet, wild animals have all of the same senses, pain thresholds, fears and capacity to love and protect, as do our pets. In fact, often these senses are far stronger, and wild animals are not far removed from human beings. Although many cannot see the connections, we all have the same strong instincts for family and survival.

The biggest difference between animals in the wild and human beings is that we have a voice and therefore, we believe we are far superior. We also have the ability to use powerful weapons and manipulate and train forces to attack.

Foxes are not too dissimilar to our domesticated dogs. The Institute of Cytology and Genetics at Novosibirsk in Siberia has been monitoring domesticated foxes for some time and they have found that when in captivity foxes are known to crave the love and attention of human beings, wagging their tails, licking a humans face and playing with toys, just in the same way as our pet dogs do.

Although I’m not promoting domestication, as I do believe that animals thrive in their natural habitat, it is interesting to learn that the distinction between foxes and our pets when it comes to characteristics are not as different as some believe, in fact, there are barely any differences at all.

Foxes are family orientated, fiercely protective of their young and they also form monogamous relationships that last throughout their lifetime.

So, why is it that just over a week has passed since the general election in the United Kingdom and already the Conservative government has announced plans to overturn the 2004 ban on fax hunting. A ban that activists fought a lengthy and bitter battle to finally put in place.

Fox hunting is not carried out for any other reason than for pleasure. It is purely for entertainment that people go out on their horses early in the morning, with a pack of dogs hungry and raring to rip an innocent fox to pieces. Often people justify the killing of animals by perceiving them also as hunters, also capable of killing. The difference is, these animals kill for survival, not for enjoyment and fun!

At today’s count 270,000 people had marked their formal disapproval by signing a petition to prevent the law from being overturned.

David Cameron, Prime Minister of the UK, spoke of his opinion about hunting saying to Country Alliance magazine in March 2015, “I have always been a strong supporter of country sports,” and he has also said, “There is definitely a rural way of life which a born and bred Londoner might fail to understand.” This is not just something city dwellers fail to understand, it’s something that anyone with compassion and empathy also struggle to understand.

Cameron added, “It is my firm belief that people should have the freedom to hunt, so I share the frustration that many people feel about the Hunting Act and the way it was brought in by the last government,” continuing, “The Hunting Act has done nothing for animal welfare.”

Ricky Gervais, comedian, actor and Animal Rights campaigner showed his response to the proposal to overturn the Hunting Act by posting a video of a fox to the eight million followers on his Twitter account with the comment, “The most powerful man in Britain wants the freedom to hunt this animal and watch dogs rip it to pieces.” Gervais’ social media accounts have also been littered with images of fluffy foxes and also of adorable fox cubs.

Fox hunting is barbaric and cruel and the practice traditionally includes a pack of dogs, along with a group of horse riders who pick up the scent of a fox and then track it and eventually when caught the dogs are free to slaughter it. This takes place during daylight hours and often the fox is tracked for long distances over open countryside, making it an energetic sport for the dogs and horse riders alike.

Although the ban in the UK has been in place since 2004, fox hunting has continued to operate along limited lines, by those who claim they are using exemptions in the legislation, and also by trail hunting.

Animal Rights groups claim that the reason that fox hunting should not be permitted on any level is that it causes the fox to suffer fear and distress during the chase and even once caught, it is not always killed instantly as is often claimed.

In 1893 Oscar Wilde, in his play, A Woman of No Importance, referred to fox hunters this way: “[The] English country gentleman galloping after a fox [are doing] the unspeakable in full pursuit of the uneatable.”

For those that argue that fox hunting must be done as a method of culling, there is no evidence that supports scientific reasons for fox culling and even if this were the case, there are far more humane methods of culling than chasing a fox often for miles before allowing dogs to tear it to shreds with their teeth—which often results in a pack of fox cubs being left behind to fend for themselves, or for a partner fox to be left searching for their lifetime mate.

To join the petition to prevent this out-dated practice from being instated please follow this link to sign and show the UK the power in social media to support and fight for those who do not have a voice.