The Power of Women in Packs. 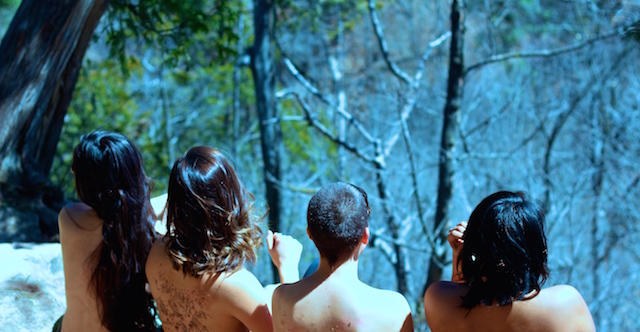 “No matter by which culture a woman is influenced, she understands the words wild and woman, intuitively.” ~ Clarissa Pinkola Estés

There is something immeasurably powerful about groups or rather packs of women.

When a handful of women are able to find themselves alone and let go, magic happens. Perhaps garments of clothing come flying off, limbs start to interlock, truth is told, music and dance intertwine and perhaps even, the howling begins.

There is a force that is created amongst groups of women, that wraps itself around space and transforms convention. When we hear wolves howling at the dead of the night, yearning from the deepest spirit of life, we can be sure that there are groups of women together somewhere, in their wildest form.

Women have been trained, over many long years, to be cautious of one another. We have often been taught to be jealous of other women, compare ourselves and compete with one another. These harmful habits are instilled at a young age and groups of young girls can often be a place of pain rather than empowerment.

Women have battles to face within themselves and navigating the world alone can be a terrifying and disempowering reality.

We are often sized up and down, criticized, sexualized, dismembered and undervalued.

With the extra feat of snarling at strangers and competing for a false sense of victory, self-worth can be an exhausting journey. With the constant competition that women face on every level of mainstream and social media and within social groups, empowerment can seem impossible. Wild women pinned against one another can do damage to self-esteem, sense of belonging, shared visions and goals and to the necessary journey of healing.

What happens when women start to become aware of this contradiction of flow is an incredibly powerful thing. When women stop competing and start complimenting, when we stop comparing and start celebrating—we become a force that cannot be reckoned with. When women are able to listen to one another and truly want to find restoration, growth and happiness for one another, we become so entirely capable.

Capable of healing and affirming work that could take years if separated.

When women start to look at each other as whole and worthy beings and see our diversity as a strength, our wild selves can be awakened. When these spaces are able to breathe, we can transform rules and regulations and allow the powerful movement of creativity and chaos to be born.

Wild awakened women have no limits.

We are capable of anything and everything- from sporadic singing sessions in the middle of the sleeping street, to shirtless howling atop mountains, to smoky road trips with hands, doubts, fears and insecurities flying out windows…wild women break rules that are meant to be broken, they create new standards of respect and intuitively lead and listen with full hearts.

Women feel strong when we travel in packs, we feel fearless and powerful–something that is often hard to find in most public spaces alone. Pack women start to embody and manifest a different kind of power…not power over but power with.

Wild women know the feeling of determination and empowerment, surrounded by equals, surrounded by beauty and celebration of life. Being a part of a pack is something all women deserve and it is a space we need to desperately nourish and seek.

More than just the liberating sensation of being a part of a much stronger and more beautiful whole, we are capable of serious political, institutional and sustainable change. Women have been warriors in every society and for all of time.

Women have been witches and magicians, seeking out secret spaces to heal and protect one another. Women have been empresses, leaders of monarchies, priestesses and goddesses, sought out for their clarity and vision. Women fight for a voice and space to contribute on every level of society and when we do, we transform and commit. Women who put their heads and hearts together can truly create an army of queens. When women look within and at themselves and they choose to recognize this personal power, it’s transformative.

When women look without and at each other and choose to recognize this even greater force, it’s revolutionary.

Women, we are so beautiful.

We are so incredibly worthy and powerful beyond measure, in and of ourselves: in our femininity, our emotional intelligence, our creativity, our ability to shape-shift, transform and create; in our ability to birth, bleed, identify ourselves in our diversity.

In our ability to fill every role and be anything, we are a tapestry of vibrancy and the earth herself awakened. We must remember this over and over again. We must seek the spaces to roam freely and to awaken our spirits and join in with other wandering wolves, searching for spaces to make meaningful. We must not feel ashamed to belong to the woods, the earth, the water, the wild. We must look to one another for strength, guidance and support and we must learn to reach out our hands to one another, allowing our packs to grow in number and power.

(Please note that the archetype for wild wolf women is partly inspired by Women Who Run With The Wolves, written by Clarissa Pinkola-Estes. She is one of many women who have likened wolves to women who feel free and liberated and I encourage all readers to pick up her book and get lost in it). 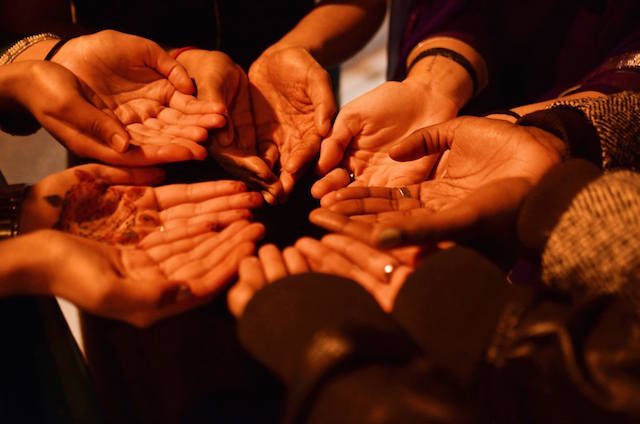 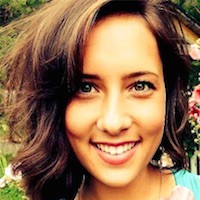