How Yoga Helped Me Heal from Abuse. 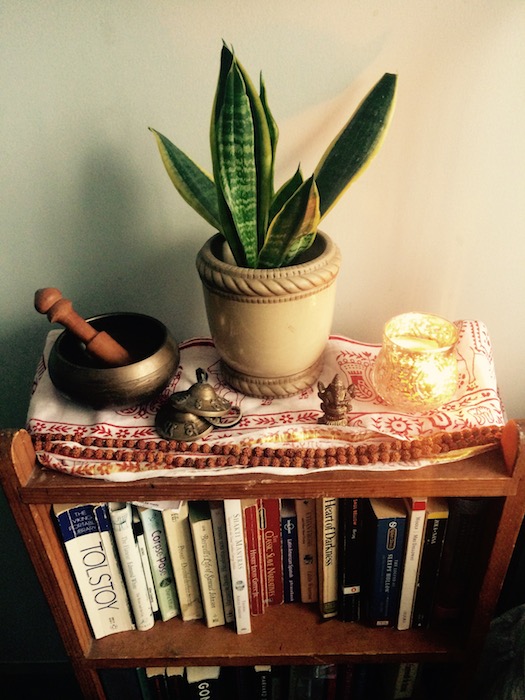 I am a survivor of physical and emotional abuse.

It has been a long and difficult journey toward both safety and peace, and I am happy to say that I have finally arrived there. Now I am safe and at peace.

Ultimately, my yoga practice—along with the help and support of people close to me—is one of the things that empowered me to leave my abusive boyfriend. But as I began the battle of exiting an abusive relationship, I realized that some of the yoga philosophy that I hold dear had been twisted in my mind to justify staying with someone who treated me horribly.

A few ideas that I misinterpreted to justify staying were:

Raise your hand if you’ve been in a yoga class and had a teacher ask you to close your eyes and take a moment to practice compassion toward a person you find difficult. Yep, me too. I’ve even said the same thing in classes I’ve taught. It’s a really beautiful thing to actively try to cultivate a sense of love and understanding for someone or something who makes you angry, confused, hurt, or frustrated.

For me, this kind of thinking allowed me to make excuses for someone who was treating me badly. I would return to a home full of battering and put-downs after a yoga practice with renewed patience and compassion for my boyfriend. Compassion has limits. And we must to have compassion for ourselves before we can be compassionate toward others.

In yoga, we are told to see things as they are without ascribing positive or negative qualities to them. If you fall out of tree pose, do not think of this as a bad thing. It is, and that is all. A variation of this sentiment is found in Hamlet: “For there is nothing / Either good or bad, but thinking makes it so.”

Refusing to see anything as inherently bad or good seems like an incredibly enlightened way of thinking.

This translated into emotional distance and numbness for me. I would try to witness the acts of violence and cruelty being done to me instead of experiencing them. I attempted to refrain from classifying the abuse I was suffering as “bad.” I was overlooking how these actions made me feel and the effects they were having on me.

No one deserves to be abused, and recognizing that you deserve more does not mean that we have failed—it means that we are brave enough to see your own worth.

Yogis talk a lot about santosha, or contentment. Yoga Sutra 2.42 states, “An attitude of contentment gives rise to unexcelled happiness, mental comfort, joy, and satisfaction.” Being content with what we have is the real source of happiness. We may think that a new car or finally nailing a handstand practice will bring us happiness. But this is illusory. It is contentment that generates true happiness.

The flip side of this is that things could always be worse, so we should be grateful for what we have, even if it seems like very little. I would continually remind myself that so many women were suffering abuses worse than my own. The truth of the matter is that it isn’t a contest.

Realizing that other peoples’ struggles may be harder than our own does not negate the truth of our struggles.

My practice has given me great triceps, impressive core strength, and formidable quads, but it was the strength to leave a life of domestic violence has been by far the greatest fruit of my practice.

Here’s what helped me:

Ahimsa, or non-harming, is the first of the yamas, or observances, in the Yoga Sutras. The fact that it is the very first direction given to followers of yoga—before any mention of an asana practice—should give you some idea of how important it is. Anyone who actively does harm is not living the best life s/he could be.

Seeing my abuser’s violent behavior as a serious transgression was a powerful realization for me.

2. Coming Back to My Body

When I was on the receiving end of regular beatings, I would retreat into myself, drawing my consciousness deep, deep inside where it couldn’t be hurt. He could hit my body, but he couldn’t get at me. This established a disconnect between my body and mind. I was out of synch with my body for most of the duration of the relationship—I ate poorly, I had insomnia, and my menstrual cycle even changed. I acted as though my body were an entirely separate entity—one that was vulnerable, one that could be harmed.

Bringing a conscious awareness back to my body helped me realize that I was experiencing pain, both physically and emotionally. Achieving a full understanding of how much I was hurting made it impossible for me to stay. It’s OK to feel bad. It’s part of being human. But we owe it to ourselves to get radically honest and take a moment to recognize when we’re experiencing pain, sorrow, or anger.

So many of us care for other people before thinking about ourselves. We live in a culture that sees over-commitment as a virtue and equates rest with laziness.

We need a f*cking break.

For many of us, time spent on the mat is the only time we get to and for ourselves. In the yoga classes I teach, sometimes my students comment that they weren’t even aware just how badly they needed a blissful savasana until class is over.

It was in a yoga class that I realized I deserved to be treated far better than I was and decided to leave my abuser.

During savasana after a particularly great class, a teacher gave me a really lovely scalp massage. This was the first time I could remember feeling like another person was taking care of my body and interacting with my physical being in a respectful and compassionate way. I lied there silent and still, eyes closed, palms facing upward, crying tears of sadness and gratitude.

Finally allowing myself to become my own priority was the real step toward the door. Give yourself permission to care for yourself.

If you or someone you know is suffering from abuse or domestic violence, there is help available. The Hotline provides a confidential hotline and resources across the U.S. No one deserves to live with abuse.

Why I Stayed: A Letter to my Ex. 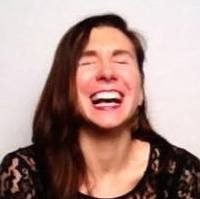