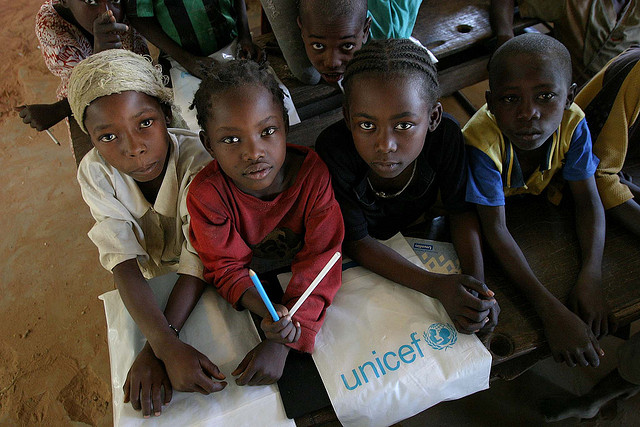 When a reporter called the State Department to get a sense of how many soldiers the U.S. might be willing to lose in order to intervene in the 1994 Rwandan Genocide, the official replied that they figured one American soldier was worth about 85,000 Rwandans.

One American soldier, in other words, for every thriving college town worth of Rwandans being hacked up with machetes. Samantha Power reports this off-the-cuff response in her book, A Problem from Hell, on American inaction in the face of twentieth-century genocides. The book chronicles a comparable pattern of American inaction in the face of each genocide in the twentieth-century.

A similar pattern of inaction is present in response to hunger, disease, and natural disasters. According to the economist Pankaj Ghemewat, a study of more than 5,000 natural disasters suggests that from the standpoint of U.S. media coverage, each dead European is worth 3 South Americans, 43 Asians, and 45 Africans. The rate of responsiveness of the media is certainly better than that of the State Department, but it is nevertheless disturbing. African lives matter, but they do not seem to matter much to Americans, and most other people the world over.

Anglo-American philosophers have vigorously debated these skewed commitments since the early seventies. The debate began when the philosopher, Peter Singer, challenged them to rethink how they value the lives of distant strangers through a simple argument. “If I am walking past a shallow pond and see a child drowning, I ought to wade in and pull the child out. This will mean getting my clothes muddy, but this is insignificant, while the death of the child would presumably be a very bad thing.” But, he continued, it is just as easy to save a hungry child in Africa through making a moderate donation. “If it is in our power to prevent something bad from happening, without thereby sacrificing anything of comparable moral importance, we ought, morally, to do it.” With tens of millions of Africans dying each year of hunger and hunger related illnesses, and scores of aid organizations to which we might transfer funds, why do we continue to let the Africans die, while only the most psychopathic among us would do the same with the child drowning in a shallow pond?

Two generations have passed since the time of Singer’s article and a whole generation has passed since the callous State Department official expounded upon the worth of Rwandan lives. When the so-called Islamic State began committing genocide against the Yezidis last summer, it was quite different. Samantha Power was no longer a mere journalist but Ambassador to the United Nations, and the Obama administration intervened in a matter of days. Perhaps as globalization makes the world a little smaller, something is changing in the way we value the lives of distant peoples. But as America was responding so to quickly to the genocide of Yezidis, it was also supporting Israel’s bombardment of Gaza, which involved a regular targeting of schools, hospitals, and residential apartments. And Samantha Power lent it her support.

Even the most committed egalitarians give more attention to those who are near and dear. A quick perusal of your own charitable giving and the attention you give to international news may reveal embarrassing and inexplicable discrepancies in the value you attach to the lives of distant others. Few give where it is needed most, and most of us become unusually hypocritical the more distant the objects of our moral concern. There is just too much going on in the world to think clearly about it all. And it can be just as hard to muster up the empathy for people whose lives we must struggle to imagine. Samantha Power faced the further difficulty of being way ahead of the government she represented. One can only imagine the inner contortions that were required for her to get behind the devastation of Gaza. Caring for distant others is not only more difficult because there are so many of them and they are so hard to imagine: there is little local support for such moral commitments and so they tend to fall by the wayside.

There are good reasons to give more attention and care to friends and family. The social fabric would fall apart without such disproportionate attention. There is even good reason to give more attention to the affairs of the states of which we are citizens. For we tend to know more about our own states, have greater influence over them, and feel duty bound to fellow citizens, whose attention is often necessary to keep states democratic and free. But most of us tend to act as if the people to whom we owe special commitments are more important in some absolute sense, as if some imagined God might give them a special place in heaven’s customs line.

If you but make this one declaration the bedrock of your political philosophy, that each human being is a moral equal; that on some absolute level, every life is equally worthy of your care and attention as the next; then you may find, as did I, that everything changes. You will be drawn to a whole new set of issues and concerns and you will give higher priority to people in far away places. Your giving can be more effective when you attach equal moral worth to each life, for it is far easier to make a big impact on poor people in distant places than it is to impact the lives of the relatively well-off who are near. And it feels good to make an impact when we give. But you might also find yourself feeling more at one with humanity. And such a feeling, like so much human goodness, is good for the giver and recipient alike.

In short, declaring to yourself that we are all moral equals, might lift up the most downtrodden and make you a citizen of the world. If we all do this occasionally, it will be a whole lot easier to stop the next genocide or famine because we will care enough to know what is going on and to do something about it. But it seems to me there is a more intangible benefit as well: when we declare to ourselves the moral equality of all people, we may become members of the human race. And this too changes everything.

The Climate Wars Have Begun in Nigeria.